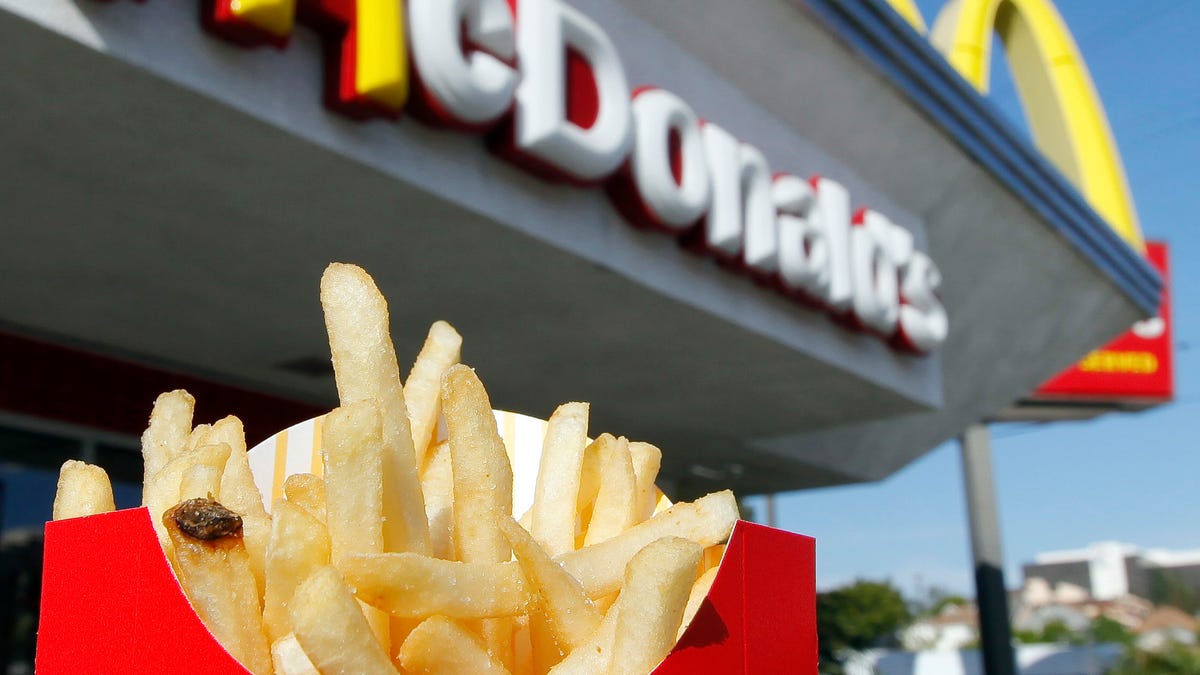 McDonald’s: 200 US locations to close amid the COVID-19 pandemicMcDonald’s is permanently closing 200 of its 14,000 U.S. locations this year. Company officials also said the COVID-19 pandemic is impacting global sales.USA TODAYMcDonald’s is closing hundreds of restaurants located in Walmart stores, and approximately 150 restaurants are expected to remain after another wave of planned closures, the Wall Street Journal reported Friday.The closures are expected to be finalized by the summer and come after McDonald’s announced last July that it was accelerating restaurant closings amid the coronavirus pandemic.But Walmart officials told USA TODAY the spaces aren’t sitting empty.”These spaces have been freeing up over time. We have been and continue to fill them,” Walmart spokesperson Molly Blakeman said in a statement to USA TODAY. “We’re looking to both restaurants and services that are really relevant to our customers.”Save better, spend better:  Money tips and advice delivered right to your inbox. Sign up hereAbout 200 U.S. McDonald’s closed in 2020, and more than half were “low-volume restaurants in Walmart store locations,” Kevin Ozan, McDonald’s chief financial officer, said in July.Blakeman said Taco Bell, Domino’s and Charleys Philly Steaks have filled some spots as have local businesses like a barbershop or other services with local relevance.McDonald’s new dessert: McDonald’s adding Caramel Brownie McFlurry at restaurants nationwide starting May 3Target’s commitment: Target to spend $2 billion with Black-owned businesses, pledges to add products from 500 companies by 2025″We have a great opportunity with our leased-space business to help our stores become even more convenient and relevant to local communities,” Blakeman said. “We are excited to continue to bring in new businesses that make sense for our customers and their changing needs.”Blakeman said Walmart also is adding Ghost Kitchens and Hissho Sushi, one of the country’s largest wholesale sushi vendors, into some stores. Ghost Kitchens is a chain that allows consumers to order food from multiple restaurant brands at once with food cooked in a central kitchen.At the peak of the McDonald’s-Walmart partnership, which began in the mid-90s, there were roughly 1,000 restaurants in Walmart stores, the Journal reported.In 2012, there were more than 800 restaurants in Walmart stores, which was down to roughly 500 at the start of 2020, the Journal reported, noting there were two rounds of closures in the past year.There were roughly 500 McDonald’s locations in Walmart stores at the start of 2020, down from more than 800 in 2012, the Journal reported, noting there were two rounds of closures in the past year.Restaurants have been hit hard during the pandemic, especially locations without drive-through or curbside options.Dunkin’ said last year it was closing 450 locations by the end of 2020, and Starbucks announced in June it planned to close up to 400 company-owned locations over the next 18 months.BJ’s Wholesale Club leadership: CEO Lee Delaney died unexpectedly; Bob Eddy named interim CEOFollow USA TODAY reporter Kelly Tyko on Twitter: @KellyTyko