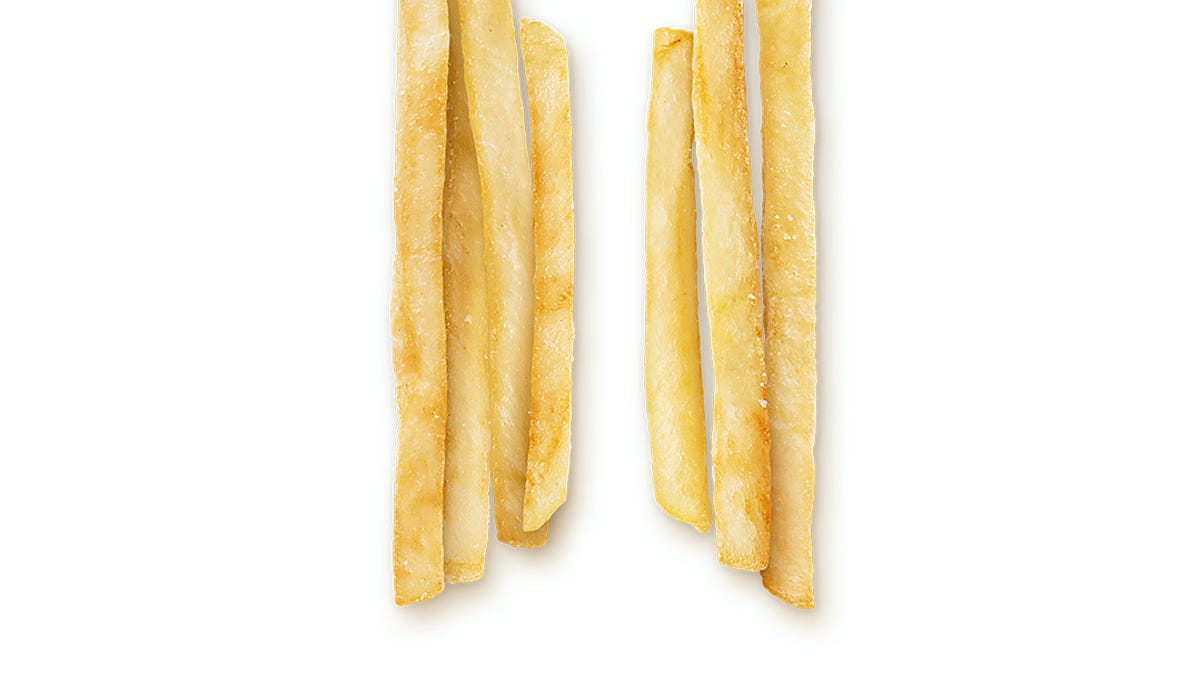 K-pop superstars BTS teams up with McDonald’s for new celebrity mealK-pop superstars BTS are teaming up with McDonald’s for a spicy new celebrity meal.Staff video, USA TODAYMcDonald’s newest celebrity collaboration is here for a limited time.Less than a week after BTS released their new English-language single “Butter,” the K-pop superstars’ BTS Meal arrives at McDonald’s restaurants in the U.S., the Bahamas, Canada and eight other countries Wednesday.The meal includes a 10-piece Chicken McNuggets, medium fries, a medium Coke – and, for the first time in the U.S. – Sweet Chili and Cajun dipping sauces. McDonald’s says the sauces are inspired by popular recipes from its restaurants in South Korea, where the boy band is from.The meal will be available in the U.S. through June 20 and arrives Thursday in 11 additional countries, including South Korea. It will be available in nearly 50 countries in May and June.Save better, spend better:  Money tips and advice delivered right to your inbox. Sign up hereCustomers in the U.S. can order the BTS Meal in restaurants and drive-throughs, through mobile order in the McDonald’s app or the chain’s delivery service, McDelivery.”The band has great memories with McDonald’s,” Big Hit Music, BTS’ record label, said in a statement last month.Dropping masks: McDonald’s, Home Depot, Costco and more no longer require masks for vaccinated customersAldi 101: How to save on groceries, get $2.95 wine, knock-off Chick-fil-A and find rare deals without couponsMcDonald’s has partnered with celebrities on special meals before.In September, the popularity of the month-long Travis Scott collaboration – the first time a celebrity’s name has been on the menu in the U.S. since 1992 – led to shortages of key ingredients across the nation. In October, McDonald’s had the J Balvin Meal with the award-winning reggaeton artist. “Butter” is the second song from BTS released entirely in English. The group’s last single in English propelled the septet to new heights: “Dynamite” debuted at number one on the Billboard Hot 100 and earned BTS a Grammy nomination for Best Pop Duo/Group Performance.BTS: Suga, RM say Billboard charts, Grammys are goals for ‘Butter’BTS is back with a new single, “Butter,” performed entirely in English. The group spoke about the song during a press conference from South Korea.Entertain This!, USA TODAYContributing: Brett Molina and Ralphie Aversa, USA TODAYFollow USA TODAY reporter Kelly Tyko on Twitter: @KellyTyko

The best balance transfer credit cards of 2021
The Oracle of Omaha bets on Cincinnati: Warren Buffett becomes No. 3 holder in Kroger
To Top
error: Content is protected !!
Top