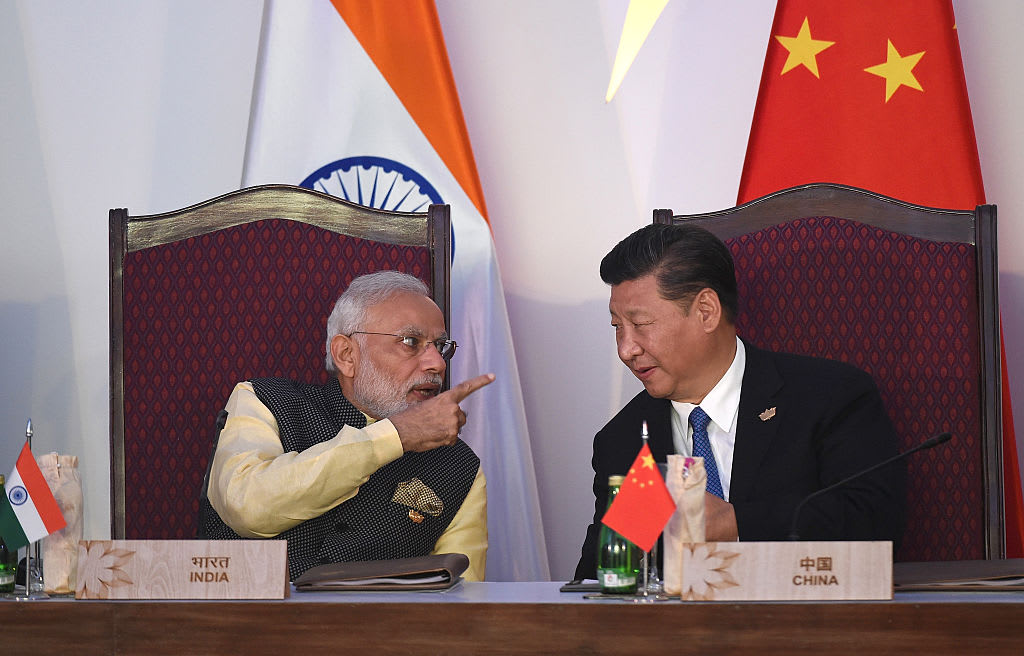 Indian Prime Minister Narendra Modi (L) talks to Chinese President Xi Jingping during the BRICS meeting in Goa, India, on October 16, 2016.Prakash Singh | AFP | Getty ImagesChina’s Twitter like service, Weibo, has removed Indian Prime Minister Narendra Modi’s account at the request of the Indian embassy in Beijing. The unusual move comes amid rising tensions between India and China over their disputed border high in the Western Himalayas and a clash earlier this month that left 20 Indian soldiers dead. India retaliated by banning 59 Chinese apps, including high-profile ones such as TikTok and WeChat. Weibo is also on the list. New Delhi is also reportedly weighing whether to let Chinese telecommunications giant Huawei participate in the rollout of the country’s next-generation 5G mobile networks. Weibo announced late on Wednesday that it had received a request from the Indian embassy in China to close Modi’s account.”Weibo received an application from the Indian embassy in China, which said: ‘(I) hope to have the official Weibo account of Prime Minister Narendra Modi removed from the platform,'” it said.The Chinese microblogging platform complied with the request and announced that: “Weibo has closed what was certified as the account of the Prime Minister of India.”The Indian embassy in Beijing was not immediately available for comment when contacted by CNBC.Modi has been on Weibo since 2015 but posted quite infrequently. His first ever post was written in Chinese and translated as: “Hello China! Looking forward to interacting with Chinese friends through Weibo.” Because social media platforms like Facebook and Twitter are effectively blocked in China, Weibo is a major way to communicate with a Chinese audience.