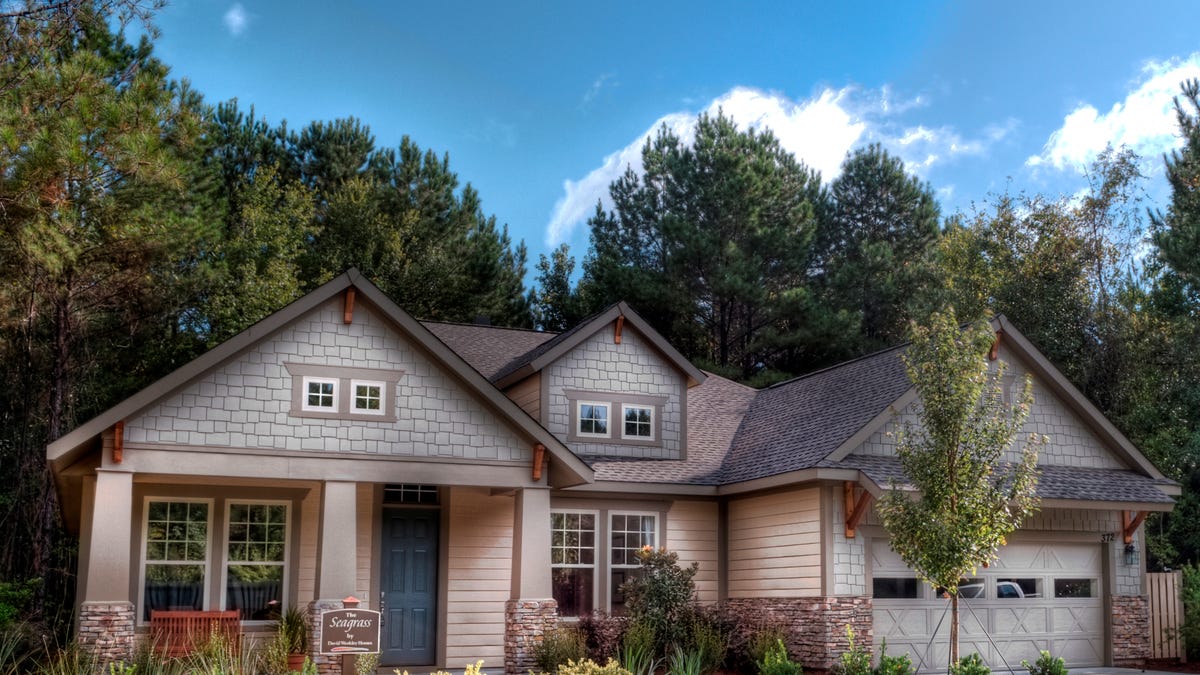 Why this millennial left New York City and bought a $292,000 condo in Newark, NJEliot Fuchs was attracted to Newark because of the short commute, culture and potential return on investment down the line.Andrea Kramar and Jeff Zegas, USA TODAYIn this hot real estate market, competition for houses often leads to quick purchases which also can lead to buyer’s remorse.According to a recent Bankrate survey, 64% of millennials aged 25 to 40 are facing regrets after buying a home compared with 33% of baby boomers aged 57 to 75. The survey found that the older the buyer, the less likely they were to have homebuyer regret.One factor that may explain this divide is desperation; younger homebuyers are more likely to rush into a purchase which can lead them to settle for properties that might not be to their liking.Factoring in the pandemic, the survey found that homebuyer regrets among millennials mainly fell into two categories: financial and physical.Financial regrets among homebuyersAbout 21% of homebuyers listed high maintenance costs as their biggest regret, and that number jumped to 26% among younger millennials aged 25 to 31. Maintenance refers to anything in the house that breaks and needs to be fixed or replaced.Mark Hamrick, senior economist analyst at Bankrate, explained that as home prices have been rising nationally, there’s a risk that people have less flexibility with their finances, and the only way to mitigate that is to avoid paying too much or have sufficient emergency savings.”The No. 1 financial regret among Americans is that they wish they had emergency savings,” Hamrick said. “You know, you look around the house and it’s just a series of things waiting to break.”Homebuyers should also go into a purchase with their eyes open, recognizing that maintenance will be required. Older homes might be in need of updated appliances, according to Jeff Harris, a professor at the department of finance and real estate at American University.About 13% of homebuyers listed high mortgage payments as another concern, and 12% of homebuyers were unhappy with mortgage costs.Rising house prices: Home prices rose by more than 50% in 10 markets since 2017Buying a house in COVID: First-time buyers are struggling”There’s at least some people who don’t do sufficient homework, and so, you know, we always say it pays to shop around for the best rates and do additional homework,” Hamrick said.Given low interest rates nowadays, the cost burdens among millennial homeowners are largely due to the higher-than-expected price tags for their homes, according to Hyojung Lee, an assistant professor of housing and property management at Virginia Tech.”Admittedly getting and comparing rates across lenders is burdensome and time-consuming, but it is important as it will determine how much you will pay for the next several years, if not decades,” Lee said.Finally, about 13% of homebuyers listed overpaying as one of their concerns, and 9% of homebuyers did not think their home was a good investment.”The best way to avoid overpaying is to have a home inspection done before purchase — these inspections can uncover electrical problems, heating and cooling problems, termite issues, radon problems, and a host of other hidden issues that might not be readily apparent to the untrained eye,” Harris said.Location regrets among homebuyersAccording to the survey, about 15% of homeowners listed a bad location as one of their regrets for buying a house. Location could mean different things to different people, and some of these variables might include proximity to good schools, restaurants, cafés or parks, or even an issue with safety in the neighborhood.”The problem is that when there is huge demand and limited supply, there would be more and more mismatch between the two so that people might not be happy with what they got. This could be problematic as you cannot easily change your neighborhoods,” Lee said.Cheaper homes also tend to be in less attractive locations. Since millennials and young homebuyers are likely on a smaller budget than older, more established buyers, millennials are likely to purchase these cheaper homes that might suffer from a location problem.”If a new buyer can only afford a suboptimal location, the home may still offer value if the buyer maintains the home well, makes consistent payments to build equity over time, and decides to upgrade or move to a more expensive location over time,” Harris said.The survey also found that 14% of millennials said that their house was too big, and the same percentage said that their house was too small. According to Hamrick, people were not entirely happy with being in multifamily units during the pandemic.”We saw a solid increase in single family home purchases where people were essentially looking to have more space that could be separated from other families but also have enough space in the home to accommodate working from home, including children who need to study from home,” Hamrick said.