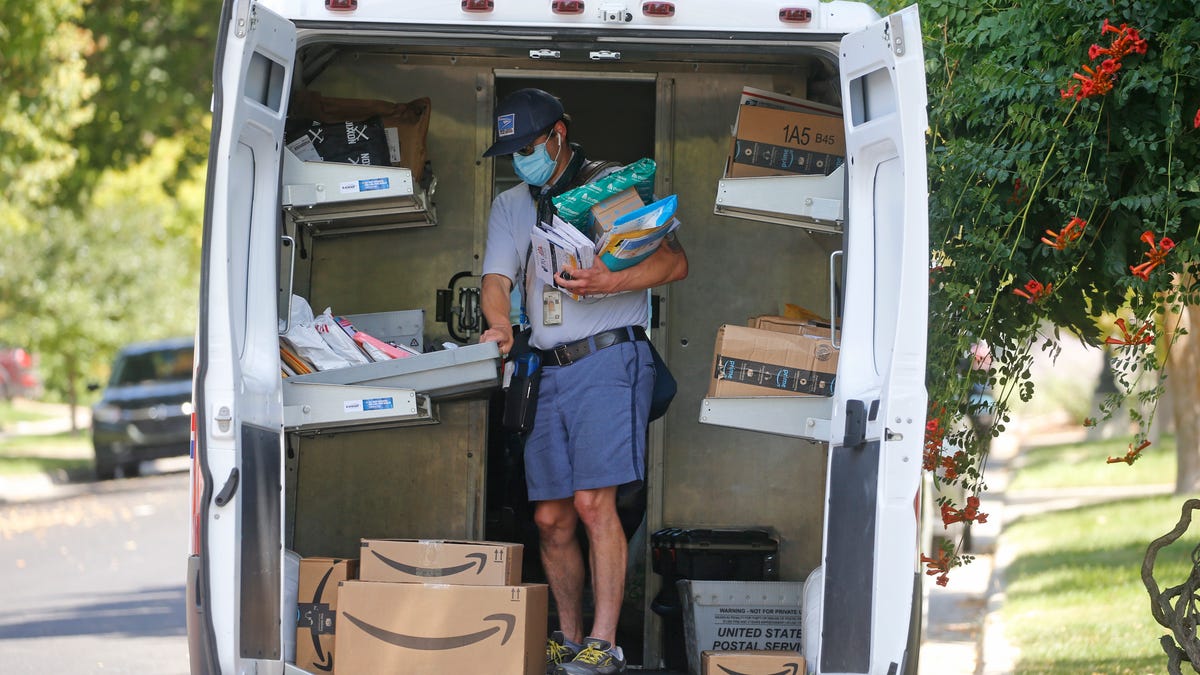 Footage of dog running after ambulance with owner inside will move youA devoted dog followed an ambulance carrying his sick owner.Buzz60, Buzz60While 2020 wasn’t the best year for anyone, it was especially tough for United States Postal Service employees as the agency said thousands of mail carriers were attacked by dogs in the past year.The Postal Service announced on Thursday that more than 5,800 employees were attacked by dogs in 2020.”From nips and bites to vicious attacks, aggressive dog behavior poses a serious threat to postal employees and the general public,” the service said in a statement.The Postal Service also announced which cities and states had the most dog attacks, with Houston topping the list of cities and California being the state with the most attacks. The statistics were announced ahead of National Dog Bite Awareness Week, which began on Saturday and goes through June 18. Here’s the list of top 10 cities and the amount of attacks recorded:Houston, 73Chicago, 59Los Angeles, 54Cleveland, 46Denver, 44Baltimore, 43Dallas, 38Columbus, 37San Antonio, 36San Diego and Detroit, 35Here’s the list of top 10 states and number of attacks:California, 782Texas, 402Ohio, 369New York, 295Pennsylvania, 291Illinois, 290Michigan, 253Florida, 198New Jersey, 179Virginia, 169There was no criteria that had to be met in order for it to be considered an attack, public relations representative David P. Coleman told USA TODAY. An attack was considered if a postal worker submitted an injury claim or told their supervisors they were attacked. There is no data on what type of dogs attacked the most, but the Postal Service says, “all dogs can bite.” Since there was a high volume of home deliveries since the beginning of the pandemic, the service noted that it led to more opportunities for carriers to interact with canines, meaning higher chances for dog attacks. “Raising awareness about dog bite prevention and how to protect our letter carriers as we deliver the mail is paramount,” said United States Postal Service Acting Employee Safety and Health Awareness manager Jamie Seavello in a statement. “Dogs are instinctive animals that may act to protect their turf and that why’s it’s important to inform the public about this campaign.”The service also listed some ways pet owners could lower the number of dog attacks, which included not having children take mail directly from a letter carrier because a dog may see the employee as a threat, as well as keeping the dogs inside and away from doors.Letter carriers are also trained on how to deal with dogs on delivery routes. They can have warning cards to remind them there may be a dangerous dog on their route and a dog alert feature tool on their handheld scanners.Follow Jordan Mendoza on Twitter: @jord_mendoza.