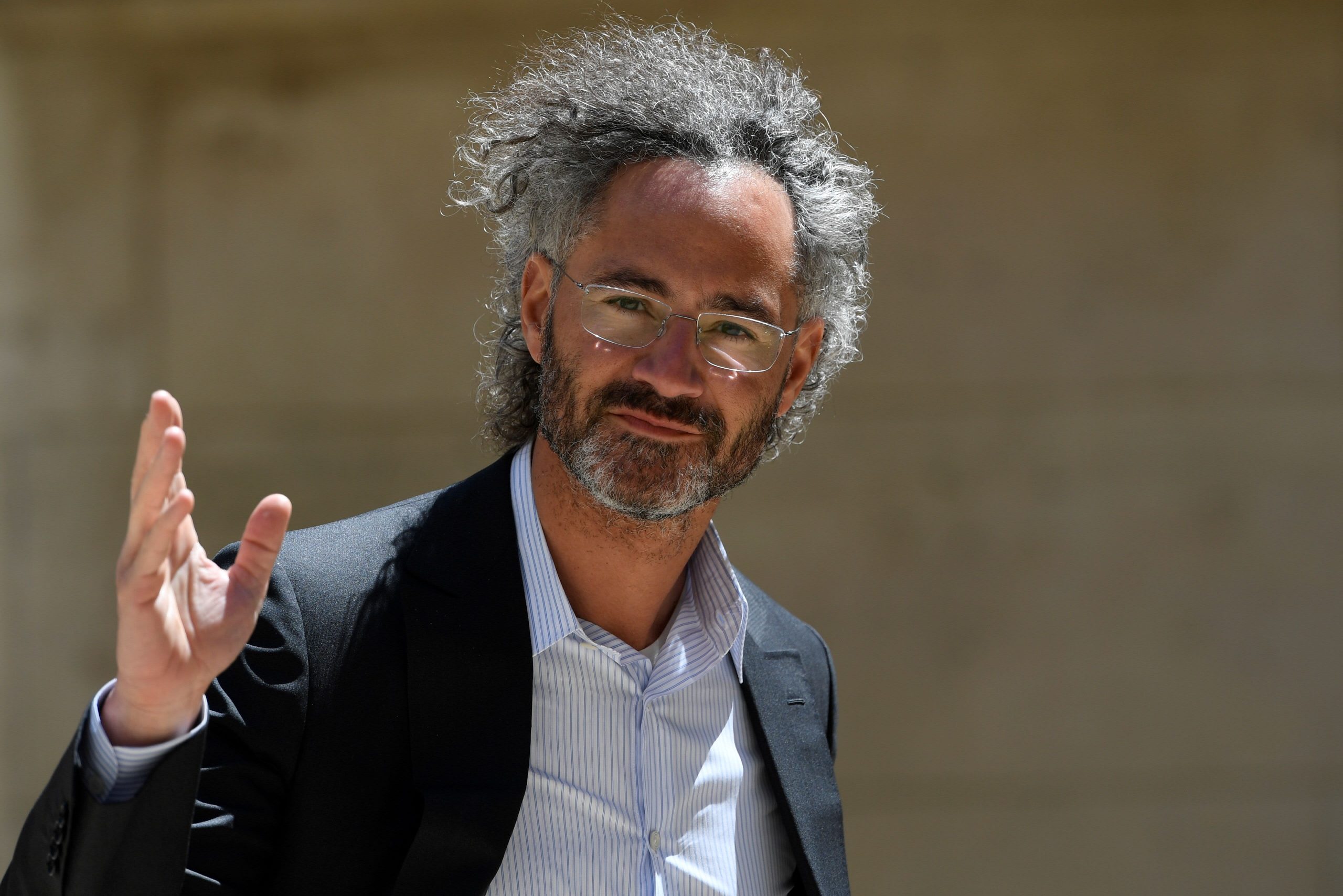 Alex Karp, CEO of Palantir arrives ahead of a “Tech For Good” meetup at Hotel Marigny in Paris on May 15, 2019, held to discuss good conduct for technology giants.Bertrand Guay | AFP | Getty ImagesPalantir on Tuesday reported a loss for the fourth quarter, while revenue beat analysts’ expectations.Shares of Palantir were down 9% Tuesday morning.Here are the key numbers:Revenue: $322 million vs. $300.7 million expected, according to a Refinitiv survey of analystsLoss per share: 8 cents, which is not comparable to estimatesThe company said average revenue per customer for 2020 came to $7.9 million, up 41% from 2019. Its top 20 customers generated $33.2 million each on average in 2020, up 34% year over year.In the fourth quarter, Palantir said, it closed 21 deals worth at least $5 million in total contract value, including 12 worth at least $10 million. New contracts in Q4 include those with the U.S. Army, U.S. Food and Drug Administration and PG&E.Palantir said it expects to earn $4 billion in revenue in 2025. In 2021, Palantir said it anticipates revenue growth of more than 30%. It expects revenue growth of 45% in the first quarter of the year, with a midpoint of $332 million. That’s higher than Refinitiv analyst estimates of about $309 million in revenue for the first quarter.In a pre-recorded video released on the company’s earnings webcast, CEO Alex Karp emphasized the company’s long-term prospects.”We hope those of you on this call who are current investors stay with us and those of you who prefer a more short-term focus, that you choose companies that are more appropriate for you,” he said.The tight-lipped government contractor debuted through a direct listing on the New York Stock Exchange in September with an opening trade of $10 per share. That gave it a $16.5 billion market cap. Palantir has since more than tripled in value, with shares closing Friday at $31.91, giving it a $52.6 billion market cap.Palantir has made a point to set itself apart from other tech companies born in Silicon Valley. In a letter to investors in its prospectus to go public, Karp said that while Palantir started in Silicon Valley, “we seem to share fewer and fewer of the technology sector’s values and commitments.” Karp said the company has “repeatedly turned down opportunities to sell, collect, or mine data,” unlike those “built on advertising dollars.” The company has said it will move its headquarters from Palo Alto, Calif., to Denver.Palantir has been more willing to work with government agencies during Donald Trump’s presidency than other California-based tech companies that received significant pushback from their employees on such contracts. Employees at Amazon, Google and Microsoft have urged the company to step away from deals with agencies and military divisions including U.S. Immigration and Customs Enforcement, Customs and Border Protection and the Army.Palantir, by contrast, has built its business largely on lucrative government deals for its data analytics software, including with ICE. But the company has also said it would generally not do business “with customers or governments whose positions or actions we consider inconsistent with our mission to support Western liberal democracy and its strategic allies.”The company also serves commercial customers, which make up less than half of the business. Palantir reported in its first earnings release that 56% of its revenue in Q3 came from its government segment, which has grown at a faster clip than its commercial business.Palantir said its government segment generated $190 million in revenue in the fourth quarter, up 85% year over year. Its commercial segment brought in $132 million, up 4% year over year.Palantir did not provide an updated customer count this time or in its first earnings release in November after disclosing in its prospectus that it had 125 customers in the first half of the year. But it said its customer concentration had declined, with 61% of revenue through Q3 coming from its top 20 customers instead of 68% over that same period in 2019.Subscribe to CNBC on YouTube.WATCH: Palantir CFO describes the seven-year journey to bring the company public