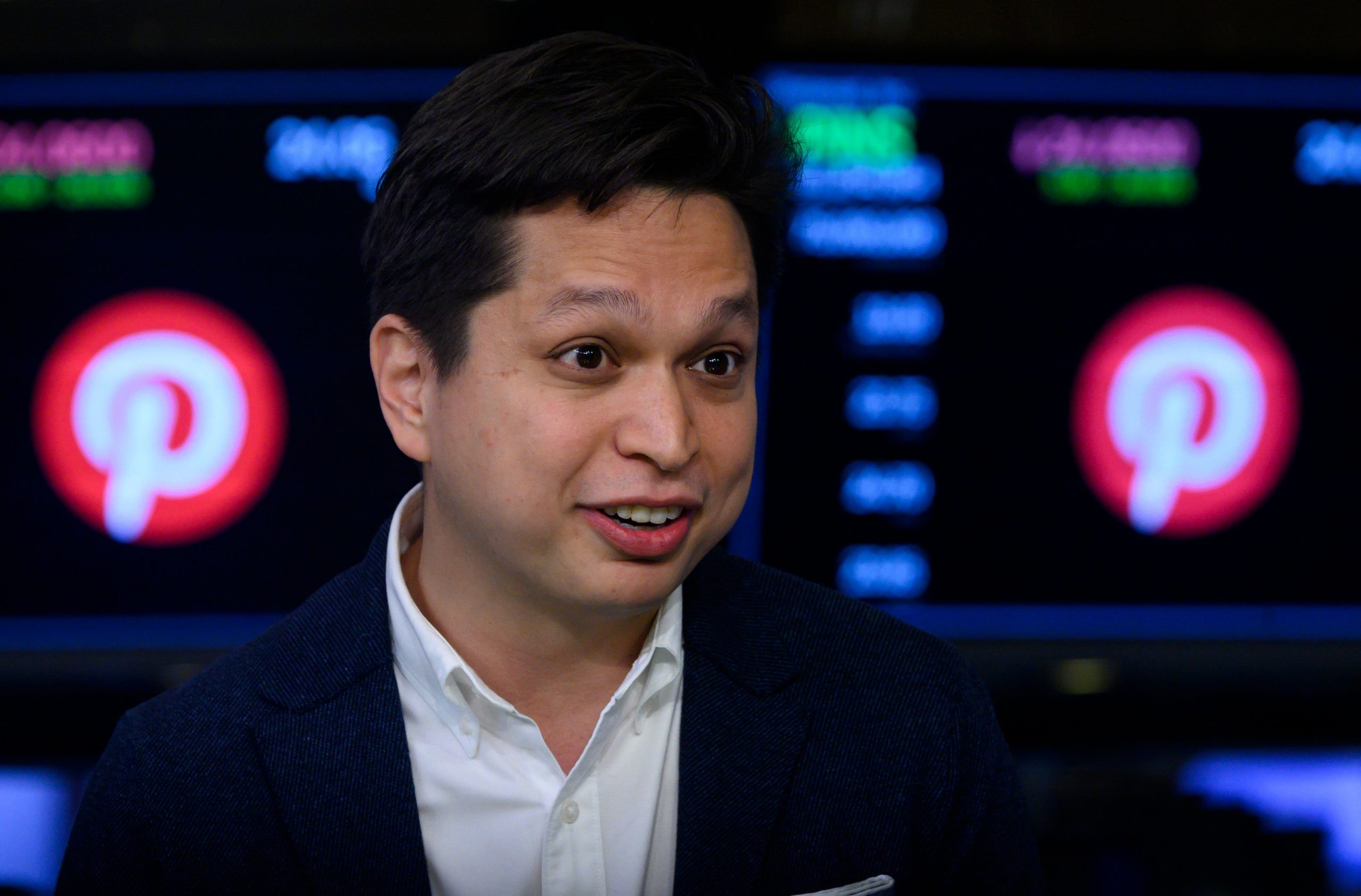 Ben Silbermann, co-founder, chairman and CEO of Pinterest, speaks in front of the company’s logo at the New York Stock Exchange (NYSE), during the company’s IPO on April 18, 2019 in New York City.Johannes Eisele | AFP | Getty ImagesPinterest shares fell more than 18% in after-hours trading Thursday after the company reported its second-quarter results, which showed a decline in monthly users.Here’s how the company fared in the second quarter, relative to what analysts were expecting:Adjusted earnings per share: 25 cents vs. 13 cents forecast by RefinitivRevenue: $613 million vs. $562.1 million forecast by RefinitivMonthly active users: 454 million vs. 482 million forecast by StreetAccountAverage revenue per user: $1.32 vs. $1.17 forecast by StreetAccountPinterest posted 454 million monthly active users, down more than 5% from the 478 million the company reported in April. The company said that, as of July 27, its U.S. MAUs have declined by approximately 7%, while global MAUs have grown approximately 5% year-to-year.Others in the social media market also struggled to meet user growth expectations. Twitter last week came in just shy of its monetizable daily active user expectations. Facebook on Wednesday matched DAU expectations, while falling just shy of MAU expectations. Snap last week, however, was able to beat its DAU expectations.Pinterest attributed its decline in users due to a disproportionate bump in usage in 2020 as people were stuck at home as a result of the Covid-19 pandemic.”Since mid-March, however, we believe engagement on Pinterest was disproportionately lower as people began spending more time socializing with friends outside their homes, eating in restaurants, and generally participating in activities that are not our core use cases,” the company said in a letter to shareholders.The company reported revenue of $613 million for the quarter, which was up more than 125% year over year. Pinterest also posted a net income of $69.4 million. A year ago, the company reported a net loss of more than $100.7 million.Pinterest also provided a third-quarter revenue growth estimate “in the low-40s” on a year-to-year basis. That was approximately in line with Refinitiv expectations of 42.8% year-to-year revenue growth for the upcoming quarter.However, the company declined to provide Q3 MAU guidance due to the unknown impact of Covid-19 variants.”The evolution of the COVID-19 pandemic and related restrictions remain unknown, and we are not providing guidance on Q3 2021 MAUs given our lack of visibility into certain key drivers of engagement,” the company said in a statement.