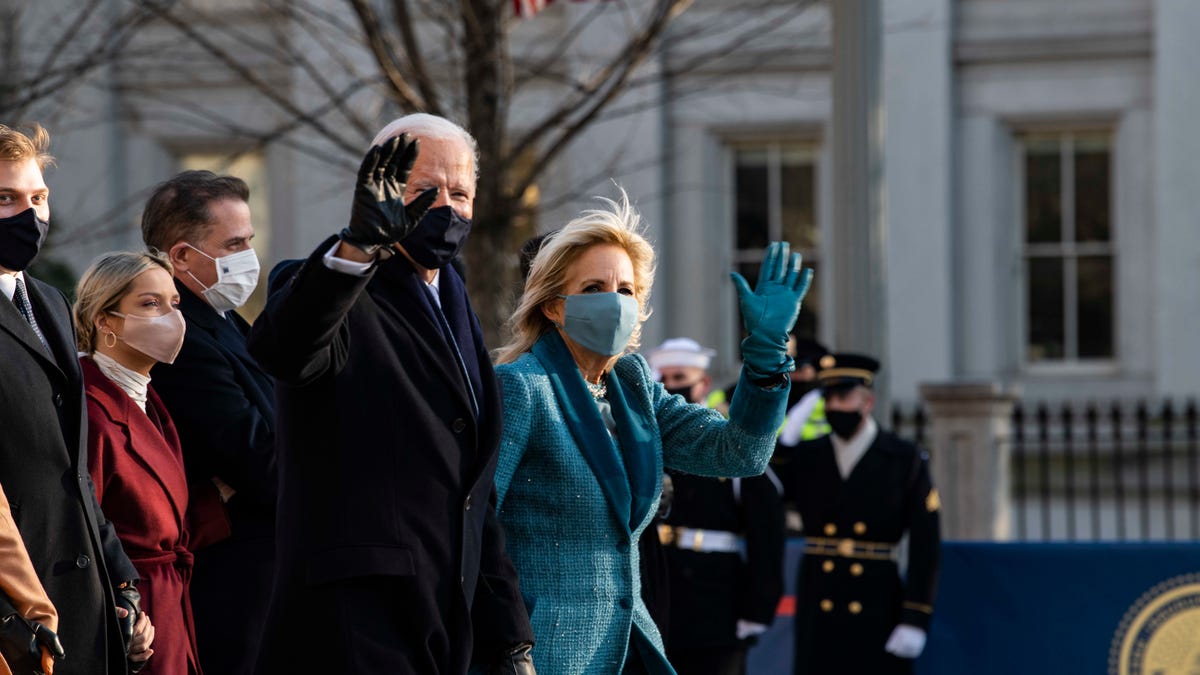 | USA TODAY
President Biden signs 15 executive orders during first hours in officeClimate change, LGBTQ rights and the border wall are just a few items President Joe Biden addressed in signing his first executive orders.USA TODAYIn one of his first executive orders after being sworn in as the 46th president, Joe Biden reversed his predecessor’s diversity training ban that restricted the federal government and its contractors from curriculum that explored race and gender bias.Donald Trump’s executive order issued in late September had an immediate chilling effect on reinvigorated efforts to reverse patterns of discrimination and exclusion in the workplace after the death of George Floyd, a Black man, under the knee of white officer in Minneapolis in May.“The Trump administration’s effort to quash any discussion of the continued pernicious impact of structural racism, implicit bias, and sexism in U.S. society was both gratuitous and harmful,” Scott Schoettes, counsel and HIV Project Director at Lambda Legal, said in a statement. Being Black in corporate America: Why are there still so few Black executives?Biden likely to dump Trump ban: Joe Biden administration likely to overturn controversial Donald Trump diversity trainingLambda Legal was one of the LGBT rights groups that filed suit over Trump’s executive order in November. “Joe Biden campaigned on a promise to confront these issues,”  Schoettes said. “Today, the Biden Administration has reaffirmed its commitment to undertake an honest and long overdue reckoning with sexism and structural racism in our society.”Earlier this month, the Labor Department suspended enforcement of Trump’s order after a federal court judge blocked it.Democrats had called on the federal government to back off the order. Bob Menendez, D-N.J.; Sherrod Brown, D-Ohio; Elizabeth Warren, D-Mass.; and 18 other senators said it stifled “much-needed efforts in our states to reduce race and sex-based discrimination.”The order affected government agencies, Fortune 500 companies, educational institutions, nonprofits and any others that have federal contracts or planned to apply for them. Its stated objective was “to combat offensive and anti-American race and sex stereotyping and scapegoating.”The Labor Department previously told USA TODAY the elimination of “race and sex stereotyping and scapegoating in employment” was “a key civil rights priority of the Trump Administration.”A White House memo in late September suggested rooting out “ideologies that label entire groups of Americans as inherently racist or evil” in diversity training materials by searching for keywords such as “white privilege,” “systemic racism,” “intersectionality” and “unconscious bias.”Asked about his executive order during the first presidential debate, Trump said: “They were teaching people that our country is a horrible place, it’s a racist place. And they were teaching people to hate our country. And I’m not gonna allow that to happen.”Biden responded, “Nobody’s doing that.”“The fact is that there is racial insensitivity,” he told Trump.The target of Trump’s executive order was critical race theory, which teaches that racism pervades government and other American institutions, giving white people an advantage.Trump seized on the issue following appearances by conservative activist Christopher Rufo on Fox News’ “Tucker Carlson Tonight.””What I’ve discovered is that critical race theory has become, in essence, the default ideology of the federal bureaucracy and is now being weaponized against the American people,” Rufo, director of the Discovery Institute’s Center on Wealth & Poverty in Seattle, said on Carlson’s show.Rufo celebrated achieving his goal – “persuading the President of the United States to abolish critical race theory in the federal government” – posting on Facebook moments after Trump issued the order. The Trump administration also challenged corporate efforts to recruit more Black executives and executives of color into leadership ranks.