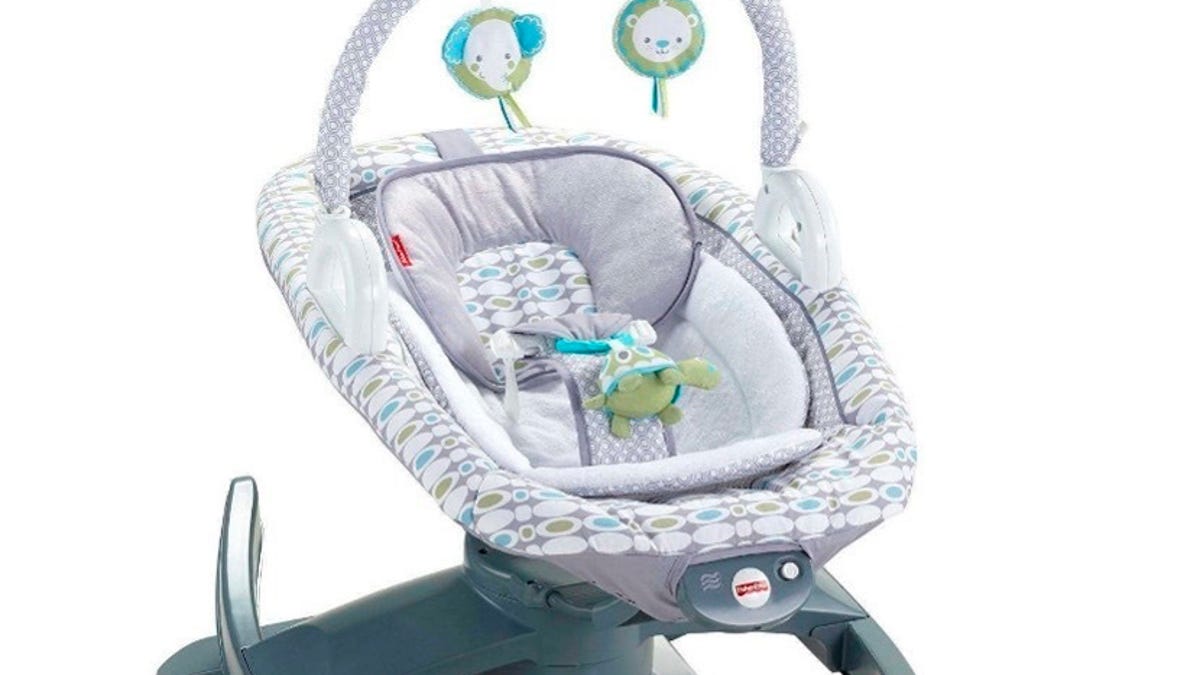 Fisher-Price announced on Friday it is recalling about 120,000 4-in-1 Rock ‘n Glide Soothers in the U.S. after the deaths of four infants.The infants were reportedly placed on their backs unrestrained in the product and were later found on their stomachs, the company said in a recall notice on its website.Their deaths, which happened between April 2019 and February 2020, included a 4-month old from Missouri, a 2-month old from Nevada, a 2-month old from Michigan and an 11-week old from Colorado.The 4-in-1 Rock ‘n Glide Soothers, which are designed to mimic the motion of a baby being rocked in someone’s arms, were sold online including at Amazon, and at retailers including Walmart and Target, from January 2014 through December 2020 for about $108.Thanksgiving Day shopping?: Not at Walmart, which will close all its US stores on Thanksgiving Day’Explosive demand’: Americans are ready to step out in style in new clothes after COVID-19Fisher-Price is also recalling 55,000 2-in-1 Soothe ‘n Play Gliders, sold from November 2018 through May 2021 for about $125. No deaths have occurred involving that product.An additional 25,000 4-in-1 Rock ‘n Glide Soothers and 27,000 2-in-1 Soothe ’n Play Gliders were distributed in Canada, the company said.“These types of incidents are heartbreaking,” said Robert Adler, acting chairman of the Consumer Product Safety Commission, which issued a joint recall notice with the company. “Loving parents put their babies in these products never expecting a tragedy. Inclined products, such as gliders, soothers, rockers and swings, are not safe for infant sleep due to the risk of suffocation.”Fisher-Price General Manager Chuck Scothon, said the company is committed to educating parents and caregivers on the safe use of its products “including the importance of following all warnings and instructions.”Scothon and Ynon Kreiz, CEO of Fisher-Price’s El Segundo, California-based parent company Mattel, will appear next week at a House Oversight Committee hearing into dozens of infant deaths associated with Fisher-Price’s Rock ‘n Play Sleeper.Consumers should immediately stop using the recalled products, the agency said.To get a refund, consumers should visit Fisher-Price online at www.service.mattel.com, and click on “Recall & Safety Alerts,” or call toll-free at 855-853-6224 from 9 a.m. to 6 p.m. ET Monday through Friday.Contributing: The Associated PressFollow Mike Snider on Twitter: @MikeSnider.

‘It knocked me down’: Dry cleaners face devastation after COVID-19 stalled demand for work and formal attire
Target Circle guide: How to save, get deals and earn cash back with Target’s free loyalty program
To Top
error: Content is protected !!
Top