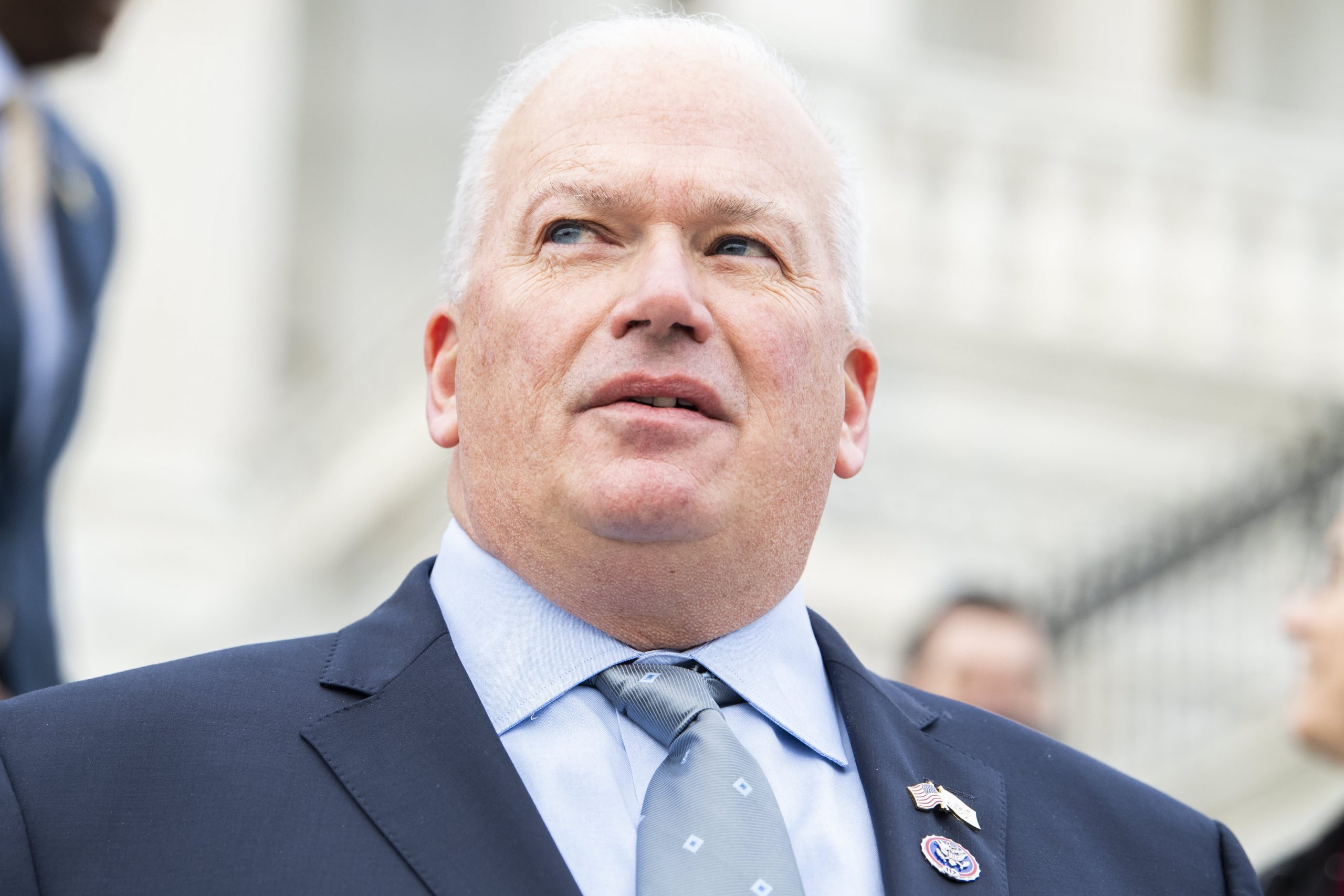 Rep. Scott Fitzgerald, R-Wis., is seen during a group photo with freshmen members of the House Republican Conference on the House steps of the Capitol on Monday, January 4, 2021.Tom Williams | CQ-Roll Call, Inc. | Getty ImagesA Republican lawmaker is readying a bill that would require businesses subsidized by foreign governments to disclose that information when they pursue large mergers subject to U.S. regulatory review.The bill, led by Rep. Scott Fitzgerald, R-Wisc., and tentatively named the “Stopping Foreign Government Subsidies for Mergers Act,” would require businesses backed by state-owned entities to notify regulators of that backing when they report a deal of more than $92 million in value.That additional information can help regulators assess how a company might act once merged, Republican Federal Trade Commissioner Noah Joshua Phillips, who supports the legislation, told CNBC in an interview Wednesday.Noah Phillips, commissioner, Federal Trade Commission, testifies during the Senate Commerce, Science and Transportation Committee hearing tilted The Invalidation of the EU-US Privacy Shield and the Future of Transatlantic Data Flows, in Russell Building on Wednesday, December 9, 2020.Tom Williams | CQ-Roll Call, Inc. | Getty Images”Our presumptions in the law and the way we do our work are based on the notion fundamentally that firms profit maximize. They seek to make money,” Phillips said. “But state-owned entities don’t necessarily have the pursuit of profit as their ultimate motive, and as a result, they may not act in the same way as the companies that we normally look at do.”A firm that values certain political objectives over profits might make a different calculation when it comes to the risk of pursuing anticompetitive conduct, like steeply undercutting rival prices only to raise them later on. While Phillips declined to speculate on the types of conduct in which a state-owned entity might engage, he said it would help to know their potential incentives in order to assess the facts of each individual case.As it stands, regulators may become aware of a foreign government subsidy in a merger case, but Phillips said requiring that information up-front will allow them to “develop expertise and ask the right questions.”The bill builds on a recommendation last year from the bipartisan U.S.-China Economic and Security Review Commission. In its annual report to Congress, the commission recommended the FTC have a system in place to determine how proposed transactions are influenced by such foreign government support.The commission found that the Chinese government would back companies it saw becoming national champions and eventually push them to expand into the U.S. and other countries.”This process assists Chinese national champions in surpassing and supplanting global market leaders,” the commission wrote in its annual report to Congress.The commission said “China’s trade-distorting practices” mean that “U.S. workers and companies, no matter how innovative and efficient, struggle to compete when the Chinese government so decisively tilts the playing field in favor of Chinese companies through a variety of legal, regulatory, and financial mechanisms, and when U.S. companies are granted access to the Chinese market, it is at the cost of transferring valuable intellectual property to their Chinese counterparts.”The group warned that the risk is particularly acute when it comes to emerging technologies, where China allegedly seeks to “surpass and displace the United States altogether.””Failure to appreciate the gravity of this challenge and defend U.S. competitiveness would be dire,” the commission wrote. “Because these emerging technologies are the drivers of future growth and the building blocks of future innovation, a loss of leadership today risks setting back U.S. economic and technological progress for decades.”Though Fitzgerald said he’s in the early stages of engaging with colleagues about co-sponsoring the bill, he said he believes China’s apparent willingness to devote major resources toward corporate subsidies could rally lawmakers on both sides of the aisle behind the proposal.The bill would not place any national security assessment requirements on the antitrust agencies, which Phillips said are best left to the existing agencies responsible for that type of review. The Committee on Foreign Investment in the U.S. (CFIUS) within the Treasury Department is already responsible for reviewing national security implications for mergers with foreign entities, for example.But Phillips and Fitzgerald said there remains a need to assess foreign-subsidized businesses from a potential harm to competition perspective, which is squarely within the antitrust regulators’ purview.Doug Melamed, a Stanford University law professor and former Acting Assistant Attorney General of the Antitrust Division at the Department of Justice, said one possible outcome of such legislation, if passed, would be a chilling of mergers with state-owned entities.”The most important effect of that kind of requirement might be to deter the acquisition in the first place,” Melamed said. “Because if the Chinese have some interesting stake in company X that would not ordinarily surface … this might deter it if they don’t want their position to be known.”Subscribe to CNBC on YouTube.WATCH: Why China’s cracking down on tech — and what’s next

QAnon and anti-vaxxers brainwashed kids stuck at home — now teachers have to deprogram them
A fake Banksy NFT sold for more than $300,000. Then the buyer got his money back
To Top
error: Content is protected !!
Top