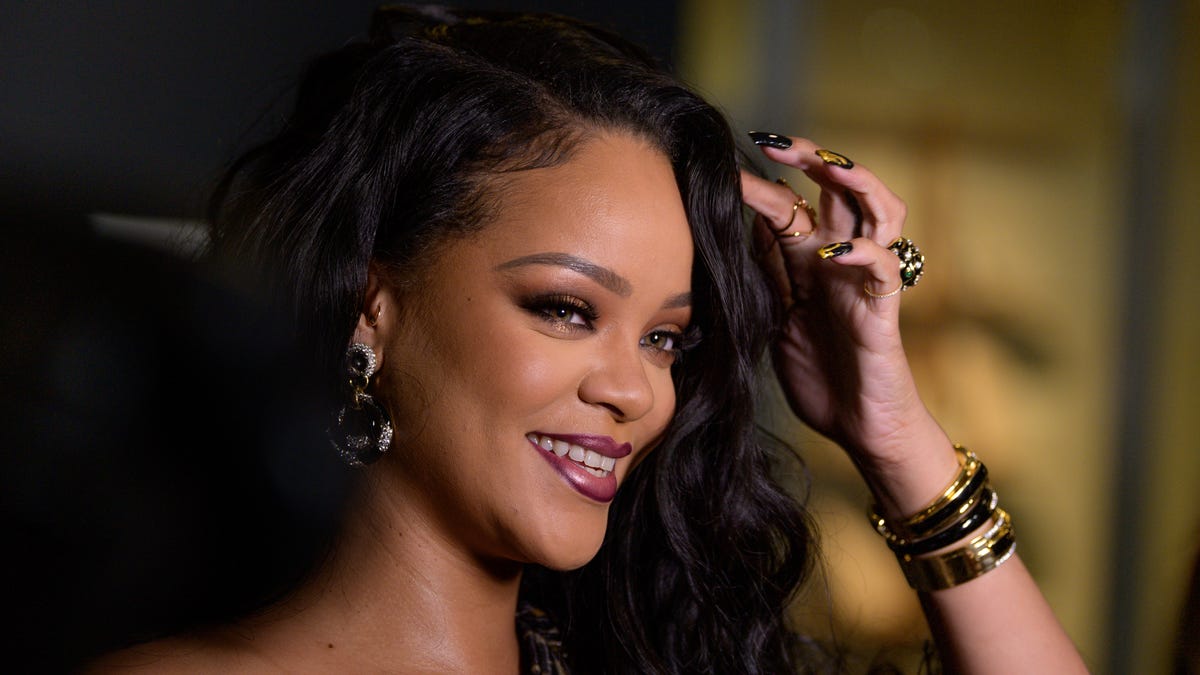 Rihanna is now officially a billionaireThe single-wealthiest female musician in the world is now worth $1.7 billion.Wibbitz, WibbitzRihanna shines bright like a diamond, or several diamonds: The multi-hyphenate star is now a billionaire. Forbes announced Wednesday that Rihanna joins the ranks of Oprah Winfrey as one of the richest entertainers in the world. The publication estimates her net worth at $1.7 billion, with most of it coming from her cosmetic brand Fenty Beauty. In lieu of another album – which fans are still waiting for – the singer-turned-entrepreneur, born Robyn Fenty, launched Fenty Beauty in 2017 in partnership with luxury goods conglomerate LVMH. The brand’s launch focused on inclusivity with a then-unprecedented 40 shades of foundation, which prompted the “Fenty Effect” in which other brands expanded their shade ranges for complexion products. Now the brand covers everything under the sun of makeup, from brushes and blushes to lipsticks. Fenty Beauty launch: Rihanna’s Fenty Beauty is here and it’s one of the most inclusive makeup lines to dateRihanna’s empire: Inside Rihanna’s star-studded Savage X Fenty show at New York Fashion WeekAt the time of it’s launch Rihanna called Fenty Beauty her passion project in a speech saying, “I don’t think (anyone) in this building is as excited as I am today.” Forbes estimates $1.4 billion of her worth comes from Fenty Beauty and $270 million coming from her lingerie brand Savage X Fenty — the business magazine said the rest of the $1.7 billion is sprinkled in from the Bajan star’s music and acting career. USA TODAY reached out to Rihanna’s reps for a statement.Rihanna made history in 2019 with another venture when she launched her luxury fashion house Fenty under the LVMH umbrella. The 33-year-old performer became the first person since 1987 to launch a new house with LVMH (the last person was Christian LaCroix) and  the first woman to create an original brand there, as well as becoming the first woman of color at the top of an LVMH maison.Earlier this year, Rihanna and LVMH “jointly made the decision to put on hold the ready-to-wear activity, based in Europe, pending better conditions,” according to an emailed statement from LVMH at the time.Members of Rihanna’s “Navy” fanbase excitedly shared news of the “Umbrella” singer’s financial status. “i stan a billionaire,” @anthnybuford wrote. “THE REAL SELF-MADE!!! My queen @rihanna FORVER,” @hvymetalgirl wrote. “So happy for Rihanna. All things are possible. It’s really wonderful to see women of colour conquer and rise. Setting the bar for all women,” @alegrafitzgera1 wrote. So happy for Rihanna. All things are possible. It’s really wonderful to see women of colour conquer and rise. Setting the bar for all women. https://t.co/wAbBeQY2lO— Alegra Mel (@alegrafitzgera1) August 4, 2021Rihanna’s Fenty Beauty empire is further expanding by dipping its toe into the fragrance industry. The brand announced last week it would be launching Fenty Parfum, a unisex scent inspired and created by Rihanna herself, in August. Rihanna’s accomplishments:Everything the singer has done besides giving us a new album