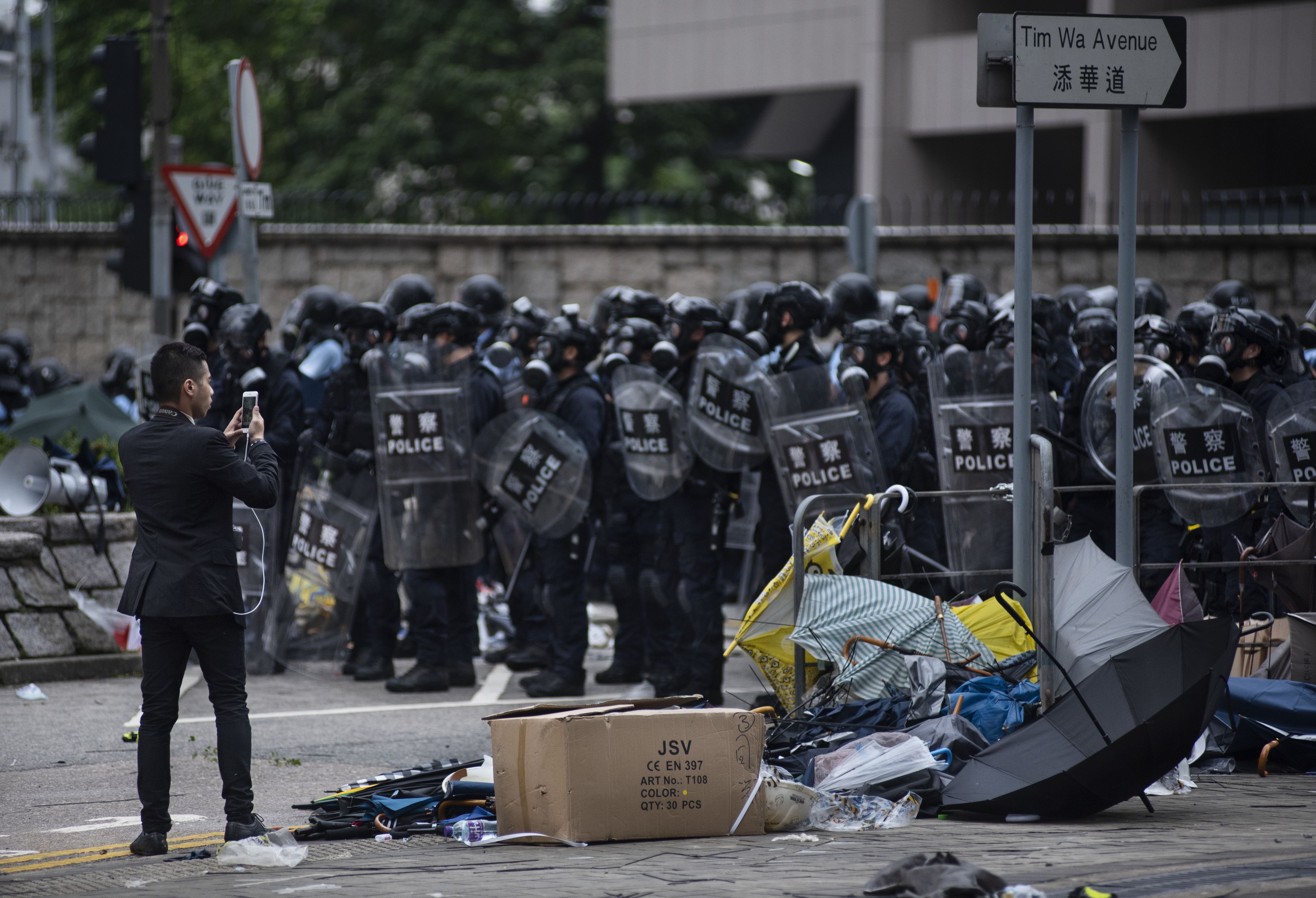 A man records live with his smartphone during a protest in Hong Kong protest.

A number of messaging services including Telegram and Facebook-owned WhatsApp were being used by protesters to organize rallies.

The large-scale use of Telegram was revealed when one administrator of a 30,000 strong group on the platform was arrested, according to the South China Morning Post, citing his lawyers. The individual, Ivan Ip, was accused of conspiracy to commit a public nuisance. CNBC has reached out to Ip’s lawyers but has yet to receive a response.

Telegram and WhatsApp are encrypted and in theory should not allow third-parties to snoop on conversations.

Several other major social media platforms were used to broadcast what was going on the ground. There was an hour-long live stream on Twitter-owned service Periscope. Users also posted to their Instagram Stories. Even Twitch, a platform that hosts video gaming-related live streams, had content about the Hong Kong protests.

That means people in mainland China are subjected to government controls on the information they can access.

On microblogging site Weibo, the term “let’s go Hong Kong” was blocked with the platform citing “relevant laws, regulations and policies” as the reason for not showing search results. The same search query on Tencent’s popular messaging app WeChat did not yield any results related to the protests.

Pak Yiu, a video journalist in China for news service AFP, posted a screenshot of him sending an image of the Hong Kong protests to a friend. His friend, however, said they could not see the image, potentially demonstrating how WeChat is blocking content related to the protests.

On Wednesday, messaging service Telegram said it had suffered what’s known as a distributed denial of service (DDoS) attack. This is when a number of computers try to overload servers of a company with bogus requests. The result is that the service could stop working or it may slow down considerably.

Pavel Durov, CEO of Telegram, said that the IP addresses behind the attack were coming mainly from China and it coincided with the Hong Kong protests.