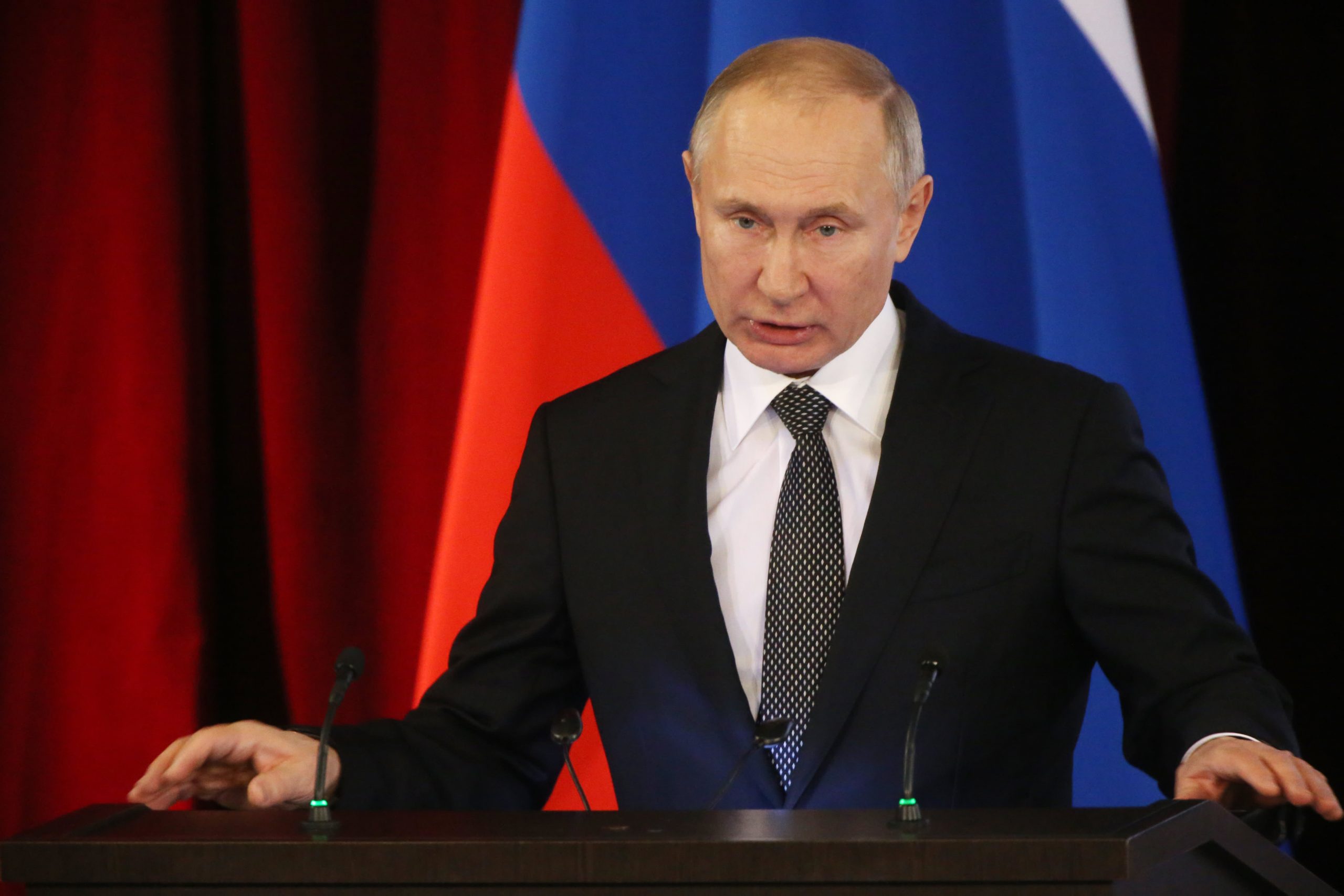 Russian President Vladimir Putin attends the Extended Boards of Interior Ministry on February 26, 2020 in Moscow, Russia.Mikhail Svetlov | Getty ImagesRussia hasn’t ruled out the idea of President Vladimir Putin talking to Tesla billionaire Elon Musk on social media app Clubhouse, according to multiple media reports.Kremlin spokesperson Dmitry Peskov on Monday told reporters that the proposal was “interesting” but more details were needed, according to Tass news agency. The news was also reported by Reuters and Russian media outlet RBC.”First we want to figure it out, you know that President Putin does not directly use social networks, he personally does not run them,” Peskov said, according to translated remarks.”In general, this is a very interesting proposal, but one must first understand what is meant, what is proposed.”The Kremlin did not immediately respond to CNBC’s request for comment.On Saturday, Musk invited Putin via Twitter to join him for a conversation on Clubhouse, which is an audio-only app that’s growing rapidly after gaining popularity in Silicon Valley.The Tesla and SpaceX CEO then said in Russian: “It would be a great honor to speak with you.”Clubhouse has been downloaded around five million times, according to app tracker App Annie. Like other U.S. social media platforms, it was blocked in China last week.The invite-only iPhone app allows people to have conversations “on stage” while an audience listens in. Members of the audience can be invited up “on stage” to ask speakers questions.Musk interviewed Robinhood co-founder Vlad Tenev on Clubhouse on Jan. 30, and last Wednesday the entrepreneur wrote on Twitter that he has agreed to “do Clubhouse” with Kanye West.Last month, Clubhouse was valued by investors at around $1 billion. Twitter has rolled out its own version, known as Spaces, while Facebook is reportedly working on a similar product.

Twitter really wants you to know it’ll be just fine after banning Trump
Twitter CFO on fourth-quarter earnings, how the pandemic is affecting user growth and more
To Top
error: Content is protected !!
Top