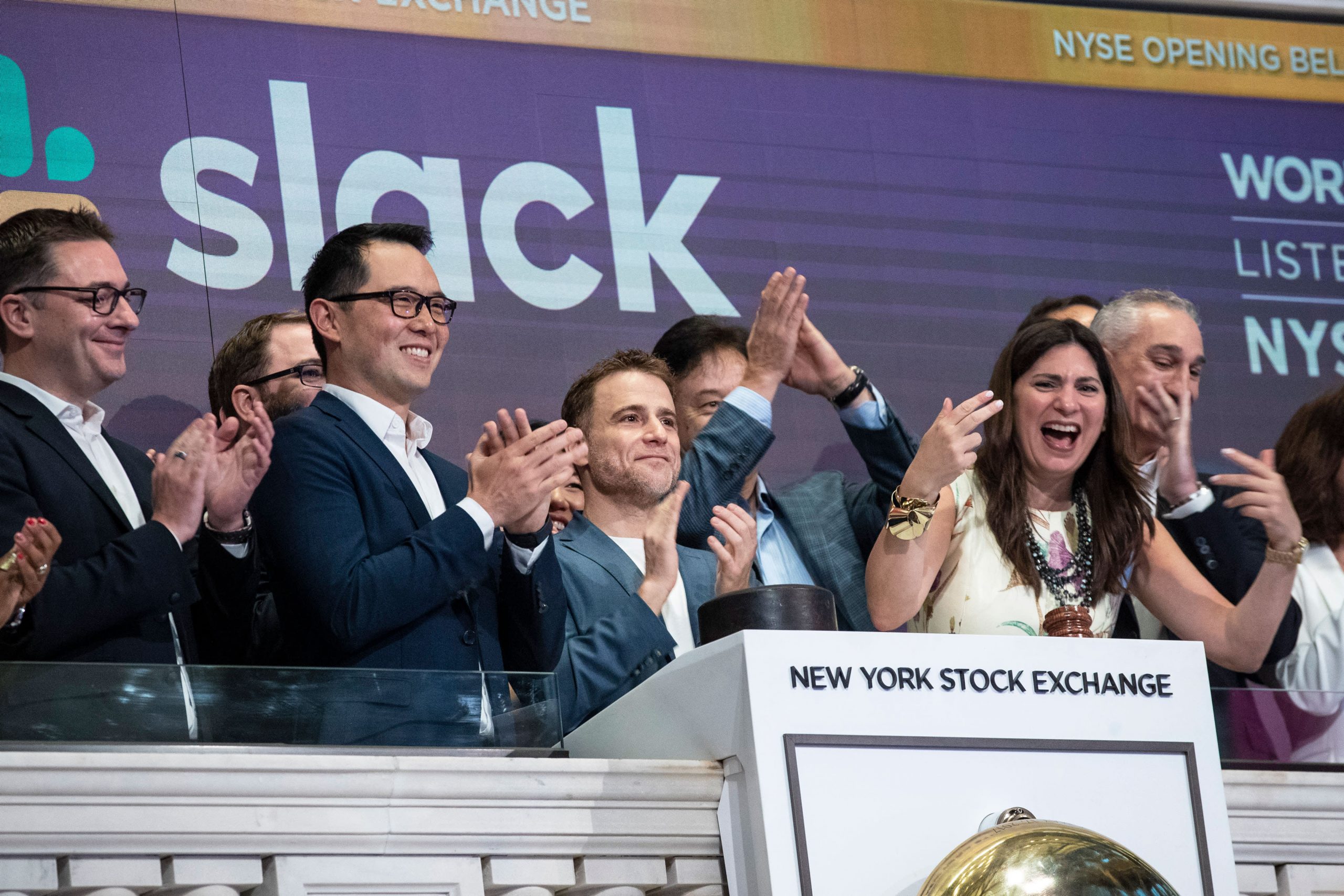 Salesforce is in talks to acquire Slack, and a deal could be announced as soon as next week, according to a person familiar with the matter.Shares of Slack closed almost 38% higher Wednesday after the Wall Street Journal first reported that Salesforce held talks to buy the company. Salesforce, whose stock closed down 5% on Wednesday, is scheduled to release its fiscal third-quarter earnings next week.It’s unclear how much the deal would be worth, but Slack’s market cap ballooned to more than $20 billion following the WSJ’s original report.Salesforce has been on an acquisition spree, taking advantage of its market cap growth in recent years to buy growing companies. It acquired MuleSoft for $6.5 billion in 2018, the company’s biggest deal ever at the time, to help connect cloud applications. The following year it spent more than twice that amount on Tableau, acquiring the data visualization company for $15.3 billion.Slack would be one of the biggest software deals ever for the industry. It would rank among IBM’s $34 billion purchase of Red Hat in 2019, Microsoft’s $27 billion purchase of LinkedIn in 2016 and Facebook’s $19 billion purchase of WhatsApp in 2014.”This would be a game changer move for Benioff & Co. to further build out its collaboration engine and product footprint as cloud spending ramps across the enterprise,” Wedbush Securities’ Dan Ives told CNBC, referring to Salesforce CEO Marc Benioff.Shares of Microsoft, which competes with Slack through its Teams offering, also dipped slightly on the report.Microsoft already competes with Salesforce in software for tracking customers. In 2016 TechCrunch reported that Microsoft looked at buying Slack for up to $8 billion, but no deal came about. Later that year Microsoft introduced the Teams communication app.”Our primary competitor is currently Microsoft Corporation,” Slack said when it sought to become a public company in 2019. Microsoft has a large customer base it has been able to convert to Teams, and Salesforce could give Slack a similar benefit.Slack last said in October 2019 that it had more than 12 million daily active users.Spokespeople for Salesforce and Slack were not immediately available to comment.– CNBC’s Ari Levy and Jordan Novet contributed to this report.Subscribe to CNBC on YouTube.