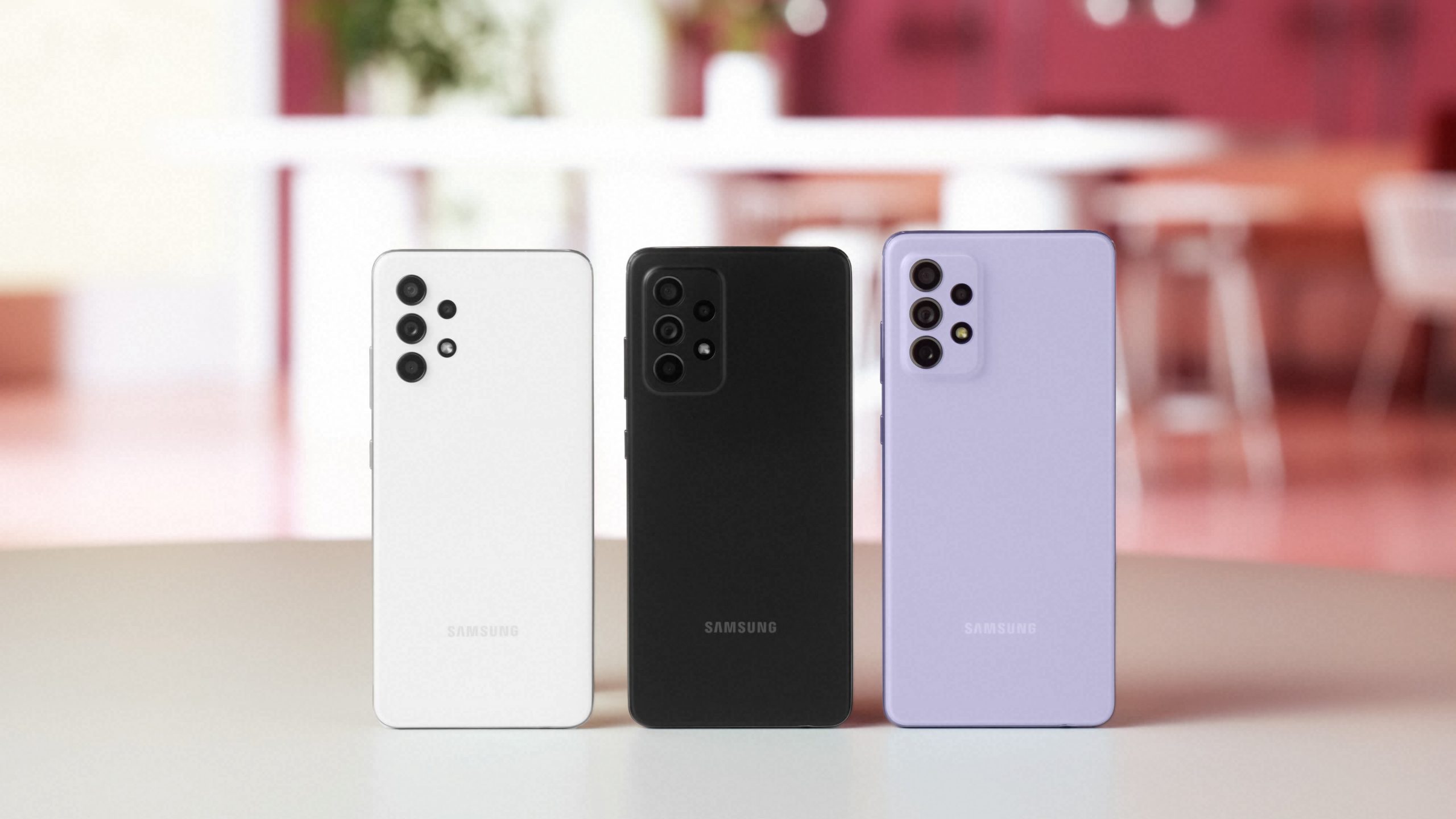 Samsung’s new Galaxy A52, A52 5G and A72 smartphones.SamsungLONDON — Samsung debuted three mid-range smartphones on Wednesday, including one with 5G support, hoping to lure in people with less cash to spare as competition in the mobile industry intensifies.The new phones are part of Samsung’s budget Galaxy A range, which has become a popular brand with Samsung customers put off by high prices in the firm’s flagship Galaxy S lineup.Samsung is aiming to reclaim its position as the world’s top smartphone manufacturer after Apple took that title in the fourth quarter of 2020. Apple’s new iPhone 12 is the company’s first model to come with 5G capability.Samsung is launching three new models: the Galaxy A52, Galaxy A52 5G and Galaxy A72. The new lineup is an upgrade from last year’s Galaxy A51 and A71 handsets. The A52 5G is the only device out of the three to support superfast 5G internet. It’ll retail at 429 euros ($510), making it a more affordable alternative to Apple’s iPhone 12 Mini.Specs and featuresThe South Korean electronics giant says its new phones come with a number of improvements on their predecessors, including a better screen, camera and battery life.The Galaxy A52 features a bright 6.5-inch display while the Galaxy A72 has a 6.7-inch panel. The Galaxy A52 5G includes a 120Hz refresh rate, which basically means you’ll be able to scroll more smoothly. The entry Galaxy A52 and more expensive A72 models feature a 90Hz refresh rate.Samsung says it’s taken eye strain into account, including a feature that automatically adjusts the display color temperature depending on the way a person uses their phone. There’s also a music-sharing setting that lets users sync their phone to a friend’s device to connect to a Bluetooth speaker without having to link directly with the speaker.All three phones contain a quad camera with a 64-megapixel main lens. The Galaxy A72 features 3x optical zoom, which Samsung says will let users take a photo from a 10-meter distance that looks like it’s been taken just three meters away.Another key camera feature on the new Galaxy A lineup is Fun Mode, which was developed in partnership with Snap. It’s a tool in Samsung’s native camera app that lets you add Snapchat filters to your pictures and videos.Samsung also touted better battery life with its new handsets, promising two days of usage without having to worry about charging the phones. The A52 and A52 5G come with a 4,500mAH battery while the A72 has a larger 5,000mAH battery.Price and release dateSamsung’s Galaxy A52 will retail at 349 euros ($415), while the A52 5G and A72 will set you back 429 euros and 449 euros, respectively.Samsung hasn’t yet given an international release date for the new phones but said they’ll launch in the U.S. sometime in April.”This new line-up represents a significant step in performance and features,” Paolo Pescatore, tech, media and telco analyst at PP Foresight, told CNBC.”The most notable standout features are the impressive screen including the high refresh rate and far longer battery life.”Samsung’s new budget phones could tempt people who aren’t prepared to pay $1,000 or more for a premium Android or iPhone model.”The launch is timely and comes at an interesting time given the slew of new smartphone launches,” said Pescatore.”While there is huge excitement with the arrival of new smartphones, competition in the mid-tier is intense. Samsung has done a good job of packing in, premium sought after features (some from its flagship S21 device) at punchy prices.”