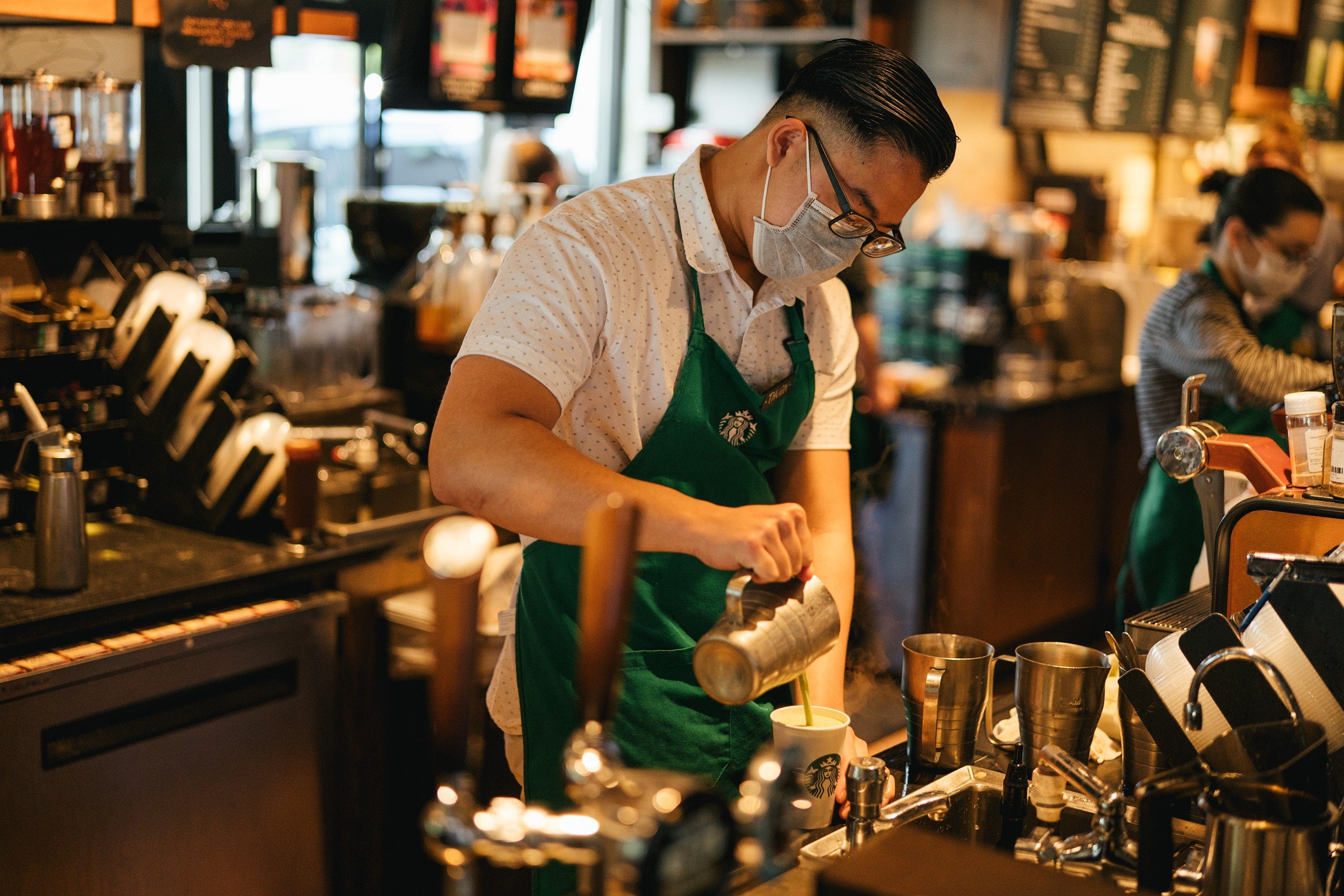 Kelly Tyko
USA TODAYPublished 6:29 PM EDT Jul 16, 2020The California woman whose viral Facebook post about being refused service at a San Diego Starbucks for not wearing a mask says she wants half of the more than $100,000 raised for the barista, according to local ABC affiliate KGTV.In a June 22 Facebook post, Amber Lynn Gilles posted a photo of a barista named Lenin Gutierrez and said he refused her service for not wearing a mask. Starbucks started requiring masks nationwide Wednesday, weeks after the incident.”Meet lenen from Starbucks who refused to serve me cause I’m not wearing a mask. Next time I will wait for cops and bring a medical exemption,” Giles wrote in the now removed post.Masks required: Walmart, Target among retailers adding face masks requirements due to COVID-19. See the full list.Face mask requirements: Yes, stores and businesses can require consumers wear masks. But do kids also have to wear them?Many jumped to Gutierrez’s defense and Matt Cowan, of Irvine, California, started the GoFundMe campaign titled “Tips for Lenin Standing Up To A San Diego Karen,” a day after Gilles’ Facebook post. The initial goal was to raise $1,000 and it raised $105,445.Gilles now wants half of the money raised.“It was discrimination and everybody is okay with it and enabling and rewarding that behavior,” Gilles told the San Diego television station Tuesday.Gilles started her own GoFundMe campaign on July 2 titled “Redress Defamation of Character” and has raised $350 of the $5,000 goal as of Thursday. “I have been attacked by liberals the organizations who form many Facebook hate groups, I am silenced on media platforms and censored and now I have to be careful about what I say for court,” Gilles said on the GoFundMe campaign.San Diego started requiring masks or face coverings May 1 and the state of California added the requirement June 18.A Change.org petition was also started to ban Gilles from all Starbucks nationwide. The petition had more than 6,500 signatures as of Thursday.While Starbucks was not the first national business to require masks, many other retailers have followed the coffee giant’s decision.Walmart, Target, CVS, Walgreens and Kroger are the biggest to announce they will soon mandate masks at stores nationwide joining the list of businesses with face covering requirements growing as COVID-19 cases rise. The coronavirus causes the disease COVID-19.Back-to-school tax holidays: Tax-free shopping comes to 16 states this summer. Here’s who is giving a tax breakTarget’s teacher discount is coming back: Here’s how educators, including home school teachers can save 15%Follow USA TODAY reporter Kelly Tyko on Twitter: @KellyTyko