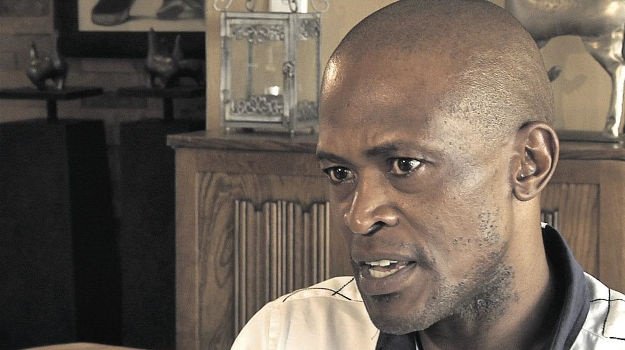 Public Protector Busisiwe Mkhwebane on Friday announced that her investigation into the so-called SARS ‘rogue unit’ found the allegation that the unit was established unlawfully to be substantiated.

Mkhwebane’s investigation is the tenth probe into allegations surrounding the SARS unit and former enforcement boss, Johann van Loggerenberg. These investigations include the Kanyane panel, the Sikhakane ‘investigation’, the Kroon panel, KPMG and various legal and government processes.

Mkhwebane announced, in a video shared on social media in June, that she would be serving Public Enterprises Minister Pravin Gordhan with a notice in terms of the Public Protector Act, notifying him of an adverse finding against him. He will now have an opportunity to make representations to her.

The adverse finding, it appears, is stemming from an EFF complaint relating to the unit, which operated during Gordhan’s time as SARS commissioner.

It is a minefield of largely disproved allegations surrounding an investigative unit at SARS that was dubbed ‘rogue’ in a series of articles in the Sunday Times, which the newspaper later retracted.

Reports by global auditing firm KPMG were also later retracted. Mkhwebane is however, heading down a path that has been travelled on numerous occasions.

Here’s how the rogue unit saga unfolded, according to numerous media reports and source interviews.

SARS, in conjunction with the then National Intelligence Agency, agrees to establish a covert enforcement unit (that was to be housed at NIA). NIA, however, pulls out of the joint project, after SARS had hired members of the unit.

SARS obtains three legal opinions giving the establishment of its own investigative unit the green light, and the Special Projects Unit is born.

Mike Peega, a member Special Projects Unit – as the team is known – is arrested in Hartswater while on holiday, on charges relating to rhino poaching.

SARS is officially notified by the SAPS of Peega’s arrest. He is placed at SARS head office, pending the outcome of a disciplinary inquiry.

Two SARS staff members open a case of extortion against Peega and his lawyer after he threatened to make public allegations surrounding the SPU if SARS did not pay him an unknown sum of money.

Peega launches arbitration proceedings with the CCMA, which fail. He is later taken to disciplinary, which finds against him. He appeals and loses. He then lodges a grievance against the process SARS followed, which fails. He is then fired.

A dossier detailing allegations of illegal and covert actions undertaken by the SPU is leaked to the media. Peega is later revealed to be behind the dossier, called ‘Project Snowman’.

Project Snowman dossier is given to Julius Malema, who falsely claims it is a NIA document. Malema claims he is a victim of SARS’ “anti-Zuma” agenda.

NIA, now the State Security Agency (SSA) launches an investigation into the claims in the Project Snowman dossier, and later finds no wrongdoing. No report is ever handed to SARS.

SSA again raises concerns about the unit, now known as the High-Risk Investigations Unit. A meeting is held between SARS Commissioner Oupa Magashula and SSA representatives.

Magashula writes to the SSA requesting an update on the status of the investigation into the unit. No response. 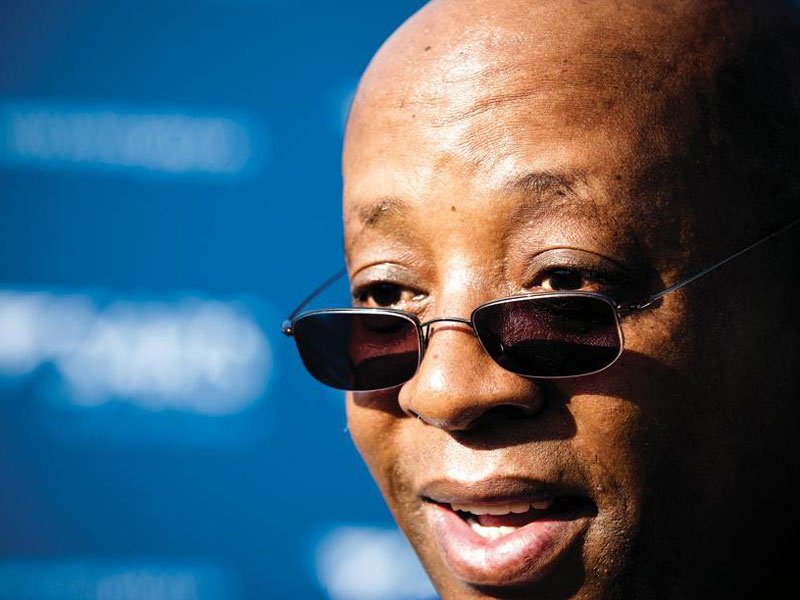 The HRIU works closely with the Hawks, SAPS Crime Intelligence and other law enforcement on a series of investigations. Each year SARS writes to the SSA requesting an update on the status of the investigations. No response has been received, to date.

Pillay establishes the Kanyane Panel, following a request by Johann van Loggerenberg, who was in charge of the HRIU, to look into allegations against Van Loggerenberg by SSA and British American Tobacco triple agent, attorney Belinda Walter, who claimed he gave her confidential taxpayer information and had intercepted communications illegally.

Kanyane does not find Walter’s complaint credible. No mention of covert or rogue unit. 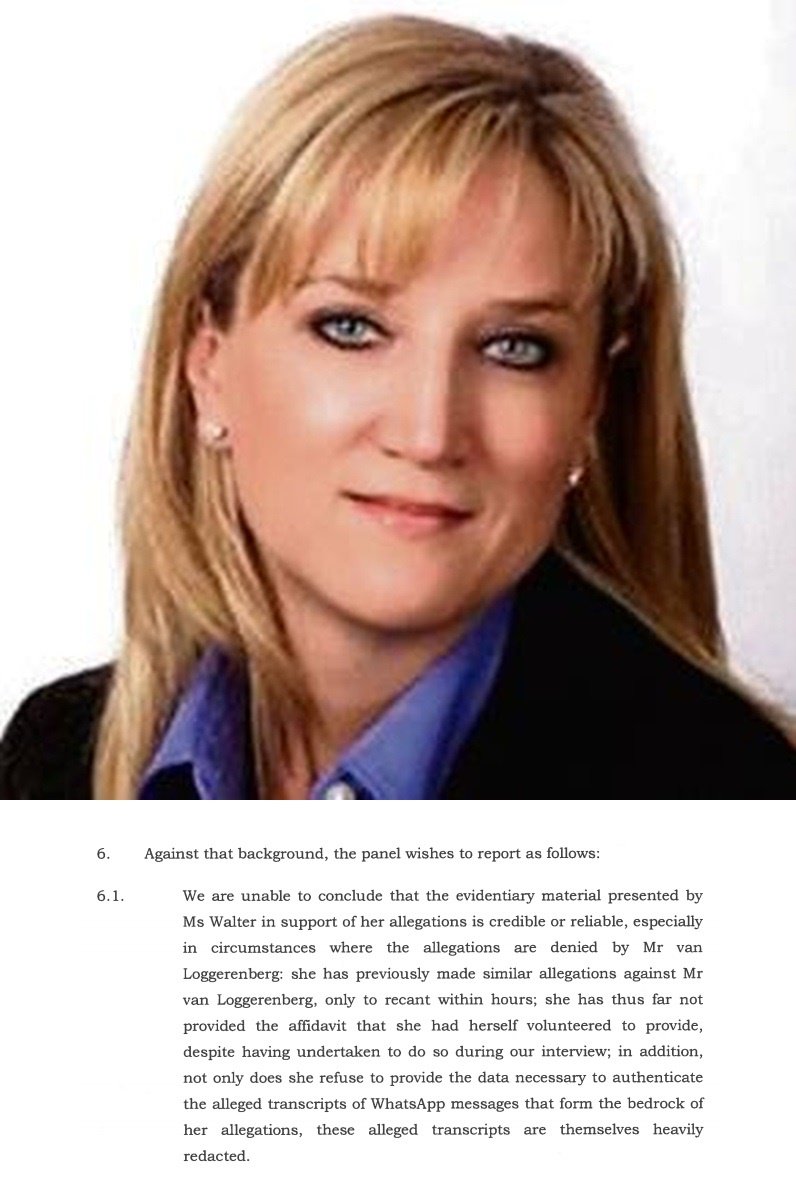 Attorney and alleged triple agent Belinda Walter and a screenshot of the main thrust of findings by the Kanyane Panel, which was tasked to look into her complaint against SARS official and former romantic partner Johann van Loggerenberg.

SSA minister David Mahlobo announces he has requested the inspector-general of intelligence to investigate the conduct of SSA operatives (namely Walter, and SARS employee and deep cover agent Mandisa Mokwena). This report is kept under wraps until 2019.

Former finance minister Nhlanhla Nene instructs Pillay to establish the Sikhakhane Panel to probe “comments” made about Van Loggerenberg in the Kanyane report.

Sunday Times publishes its first expose on the ‘rogue unit’ titled ‘SARS bugged Zuma’. This is also the first time the term ‘rogue unit’ surfaces. The newspaper continues to publish stories about the unit for two years.

The Sikhakhane report is leaked to the Sunday Times. The report reveals in paragraph 57 that the panel’s terms of reference were extended [by Moyane] following “escalating” media reports that a rogue unit existed at SARS and falsely states Walter had complained of a covert unit at SARS. The report ultimately recommends a judicial commission of inquiry must be established.

Moyane appoints KPMG to conduct a probe into allegations of a covert unit at SARS. 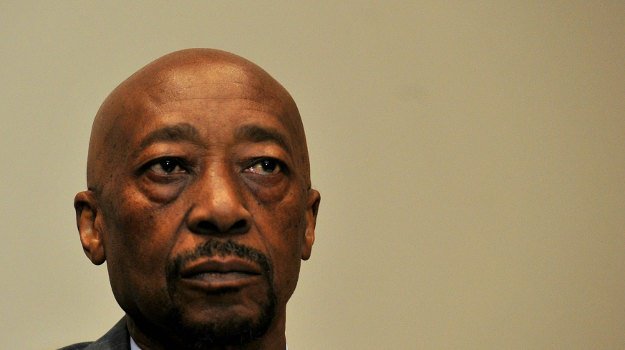 Nene appoints the Kroon Advisory Board, which has full powers to subpoena witnesses, to conduct a further investigation.

Van Loggerenberg leaves SARS after being on suspension for months.

The Kroon Advisory Board releases a media statement, attaching the Sikhakhane report, that states the HRIU, the so-called ‘rogue unit’, was “unlawfully established”.

Pillay resigns after winning a Labour Court dispute against SARS.

Moyane opens a case at Brooklyn SAPS, the now infamous Brooklyn CAS 427/05/2015, alleging a crime had been committed.

A draft version of KPMG report is leaked to Sunday Times, sparking a Press Ombudsman complaint by Van Loggerenberg, Pillay and Gordhan. 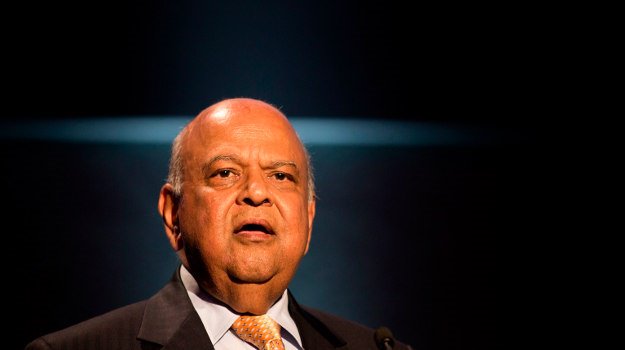 The Press Ombudsman hearing with Sunday Times. Pillay, Gordhan and Van Loggerenberg win the complaint, and Sunday Times is ordered to retract.

The Hawks send Gordhan the infamous list of 27 questions that cover the establishment of the HRIU and the early pension payout to Pillay.

National prosecutions boss Shaun Abrahams announces Pillay, Gordhan and Magashula will be charged with fraud relating to the early retirement, pension payout and reappointment of Pillay, but charges surrounding the establishment of the unit are not mentioned.

An anonymous complaint is opened with Public Protector Busisiwe Mkhwebane relating to the early retirement, pension payout and re-appointment of Pillay in 2009, as well as several other issues including the establishment of the SARS unit being unlawful.

KPMG International announces a withdrawal of its findings and conclusions in its report on the ‘rogue’ unit.

Pillay, Van Loggerenberg and Andries Janse van Rensburg are charged in relation to the 2007 planting of covert bugs in the NPA offices, now known as ‘Project Sunday Evenings’. The case is ongoing. 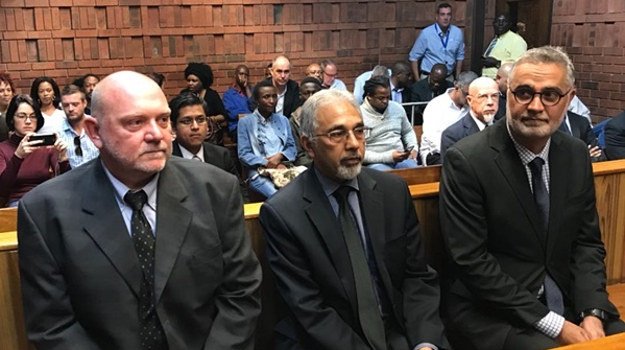 Mkhwebane finds against Gordhan in the early retirement of Pillay.

Mkhwebane releases a YouTube video in which she indicates she has given Gordhan notice of an adverse finding against him and this relates to the establishment of the so-called ‘rogue unit’.

Mkhwebane releases the findings of her probe.