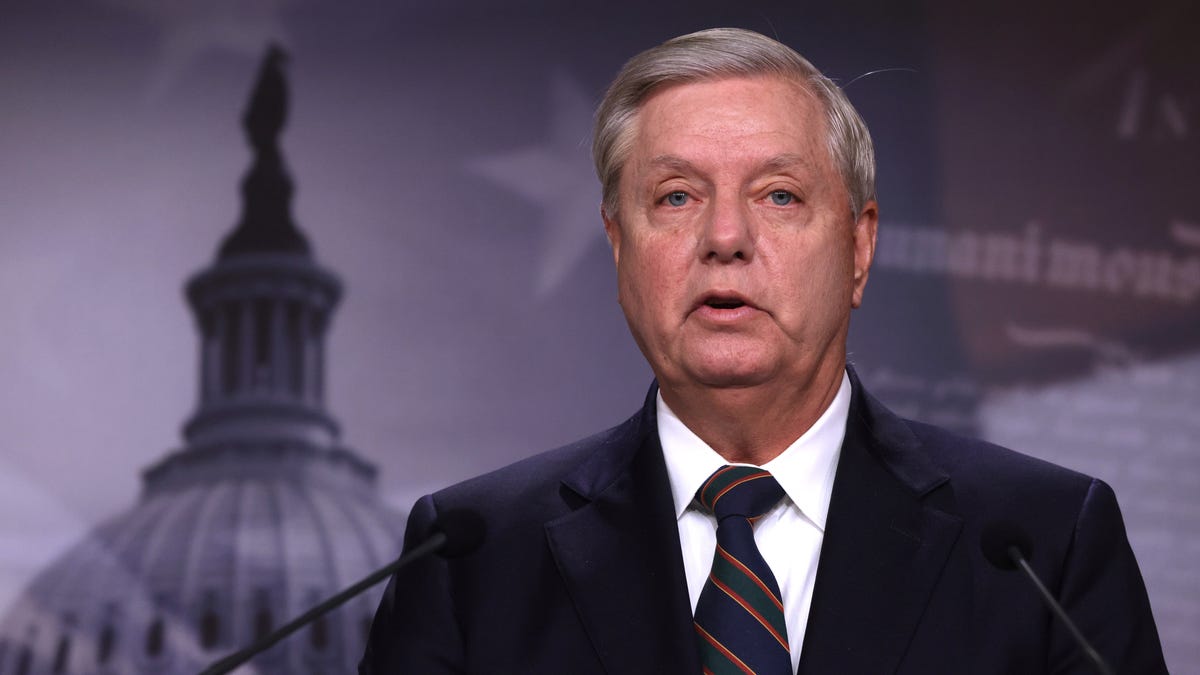 Golden retriever delivers Chick-fil-A to her ownerEven our four-legged friends can’t say no to chicken.USA TODAY, StoryfulSen. Lindsey Graham said he had “Chick-fil-A’s back” after students and faculty raised concerns about the restaurant being added to the University of Notre Dame’s campus dining.The South Carolina lawmaker promised he would “go to war” for the principles Chick-fil-A stands for in a series of tweets Wednesday. “It’s disappointing to hear some ND students and faculty want to ban Chick-fil-A from doing business on campus because they disagree with the values held by the Chick-fil-A founders,” Graham tweeted.”What a dangerous precedent to set.”On May 12, Notre Dame’s campus dining said they were considering adding Chick-fil-A and other restaurant options to its retail dining master plan in an Instagram post. Efforts to stop the fast food chain from coming to campus gained traction after two students wrote a letter to the editor that was published in Notre Dame’s student newspaper, The Observer, titled “Keep Chick-fil-A away.”The letter, posted July 1, accuses Chick-fil-A of having “a long history of antagonism” toward the LGBTQ community and donating large amounts of money to groups that oppose LGBTQ rights. The letter also takes a jab at Chick-fil-A CEO Dan Cathy, whom the two students accused of donating his own money to fight LGBTQ rights. ‘This is a win for religious liberty’: Chick-fil-A no longer pursuing restaurant at San Antonio airport”Even though Chick-fil-A has halted the worst of its donations, patronizing Chick-fil-A means lining Cathy’s pockets. Cathy has unapologetically broadcasted his homophobic views, and unfortunately his regressive leadership defines Chick-fil-A,” the letter said.The students, Tilly Keeven-Glascock and Joey Jegier, said there was no need for the chain to be added to campus dining when there are better options. “A restaurant closed on Sundays is not best for a bustling, hungry college campus,” the letter said. More than 170 students and faculty have signed a letter addressed to campus dining asking that Chick-fil-A be removed from consideration.  “Students at other universities, such as NYU and Northeastern, have made headlines in their attempts to block Chick-fil-A,” the open letter said. “We have no plans for such a large-scale disruption; rather, we wish to resolve this concern before it transforms into a larger controversy.”USA TODAY has reached out to Notre Dame University and Chick-fil-A for comment. Chick-fil-A was recently ranked best fast-food restaurant in a survey by the American Customer Satisfaction Index.In 2019, the company said it was altering its approach to charitable donations after criticism from LGBTQ+ supporters on their contributions made to Christian groups.”Great food. Great service. Great values. God bless Chick fil-A!” Graham tweeted. ‘Adopted parents’: How feeding one college kid turned into this North Carolina couple feeding over a hundred more’Throw the whole map away’: People are up in arms over best and worst barbecue city rankingsFollow reporter Asha Gilbert @Coastalasha. Email: agilbert@usatoday.com.

‘We are fundamentally a racist and sexist society’: How top companies in US are struggling to diversify leadership
America’s food retail executives at Coke, Costco, Pepsi and Starbucks still mostly white and male
To Top
error: Content is protected !!
Top