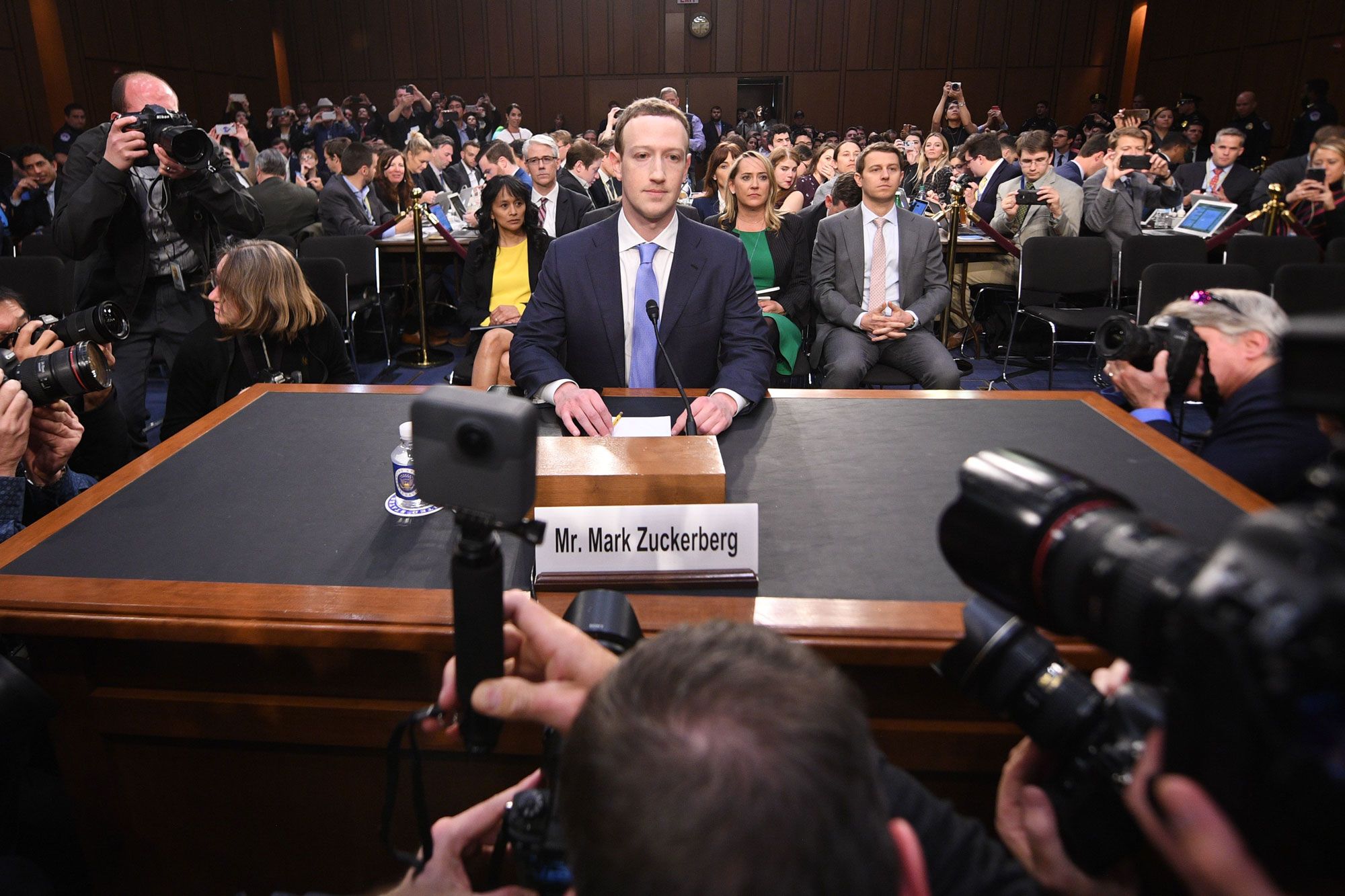 Facebook CEO Mark Zuckerberg arrives to testify before a joint hearing of the US Senate Commerce, Science and Transportation Committee and Senate Judiciary Committee on Capitol Hill, April 10, 2018 in Washington, DC.

A bipartisan team of senators introduced a bill Monday to require social media companies to disclose more information about the data they collect and monetize from their consumers.

The Dashboard Act, which stands for Designing Accounting Safeguards to Help Broaden Oversight And Regulations on Data, aims to help consumers understand the price of using social media services that are free on face value.

The bill seeks to require “commercial data operators” with more than 100 million monthly active users to disclose the type of data they collect from users and give them “an assessment of the value of that data,” according to a press release announcing the bill. It also would require the companies to file an annual report disclosing third-party contracts involving data collection and give users the right to delete some or all of their collected data.

“For years, social media companies have told consumers that their products are free to the user. But that’s not true — you are paying with your data instead of your wallet,” Sen. Mark Warner, D-Va., said in the press release.

Facebook, one of the companies that would be impacted by the bill, already discloses a metric that gives some visibility into the value of their users’ data. Facebook shares average revenue per user in its quarterly earnings reports filed with the Securities and Exchange Commission. In its latest report, Facebook said it generated an average of $6.42 in revenue per user.

The introduction of the Dashboard Act is the latest step from lawmakers from both sides of the aisle who have long-threatened regulatory action against the nation’s largest tech companies. Warner and co-sponsor Sen. Josh Hawley, R-Mo., have been outspoken advocates for tech regulation and already collaborated on Hawley’s “Do Not Track” bill that would let users opt out of some data collection.

Big Tech is facing mounting scrutiny from top antitrust regulators at the Federal Trade Commission and Justice Department. Both senators have introduced even more legislation aimed at holding tech giants accountable for users’ data and for their content policies.

Hawley introduced a bill last week that would remove Big Tech’s immunity from liability for users’ content on their platforms under Section 230 of the Communications Decency Act of 1996. If passed, the bill could provide a steep hurdle for companies like Facebook, Twitter and Google’s YouTube, which rely on user content to fuel their platforms and growth. The bill grants the opportunity to earn immunity if the companies agree to submit to audits every two years to show their content-removal practices are “politically neutral.”

Warner in April introduced a bill that would ban online platforms with more than 100 million monthly active users from using “dark patterns,” which are designed to persuade users to give up more information than they likely understand. One example is a prompt to access phone or email contacts as a requirement to use the platform.

There are no signs yet if the bill will be voted on the Senate floor after being reviewed by a committee.