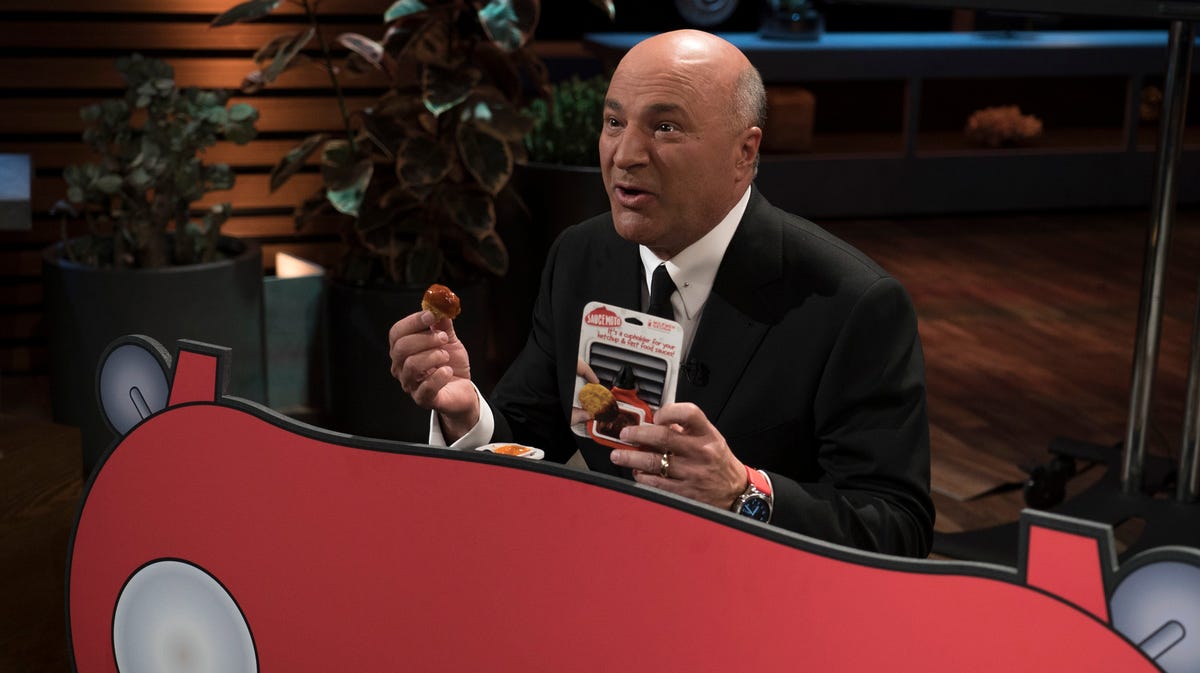 Shark Tank sharks share their most memorable pitchesAfter 10 seasons and 2,000 pitches, ‘Shark Tank’ sharks talk about the best, worst and funniest pitches they’ve heard.Harrison Hill, USA TODAY”Shark Tank” star Kevin O’Leary and co-star Kevin Harrington are being sued by several people who claim the famed businessmen were part of a scam to defraud entrepreneurs. In a 102-page lawsuit filed in Los Angeles Superior Court, over 20 plaintiffs allege the crowdfunding companies InventureX and Ideazon, which touted O’Leary and Harrington’s involvement, took advantage of them through the alleged use of “fictional executives, false promises of financial success, and even illusions of being on the show ‘Shark Tank’ itself.”According to the lawsuit, InventureX and Ideazon claimed to help up-and-coming entrepreneurs launch their businesses but were “facades designed to lure in unsuspecting victims, extract their money and then virtually disappear under the guise of delays, minimal to no performance, and no results.””Each and every victim’s story is virtually the same,” the complaint adds. “Relying on these Shark Tank powerhouses, Plaintiffs bought into the dream, paid their money, and then went through agonizing months, if not years, of frustration and distress of trying to get their products launched and businesses started with no results.”In a statement provided to USA TODAY by his lawyer Andrew B. Brettler on Thursday, O’Leary denied knowing about the alleged scheme, saying that “it appears that someone has been using my name and likeness without my knowledge, permission, or consent.””I’ve never heard of any of these purported companies and have never conducted business with any of the plaintiffs who filed this suit,” he added. “Obviously, I want to get to the bottom of it too, as my rights have been violated. We will makes sure that the bad actors are held accountable.” USA TODAY has reached out to Harrington’s rep for comment.Tre Lovell, a lawyer representing the plaintiffs, responded to O’Leary’s comment, saying  videos of the “Shark Tank” star discussing the companies in question suggest otherwise.“The statements of Mr. O’Leary came directly from videos where he discusses both InventureX and Ideazon, and specifically endorses principals (sic) of each company, by name,” Lovell said in a statement to USA TODAY. “The transcriptions of each video are in the complaint.”Lovell added that Harrington was “prominently featured as a partner on the IventureX website” and that plaintiffs were provided personalized videos of Harrington saying he was told about their product and that he was “in” and wanted to “partner up” with them.”These are Mr. Harrington’s own words as depicted in the video, which Plaintiffs trusted and relied upon to their devastation,” Lovell continued. “A transcription of this video has been included as part of Plaintiffs’ allegations in the complaint. Additional marketing materials conveying Mr. Harrington’s direct involvement and principal status were similarly relied upon by InventureX Plaintiffs.”Previous lawsuit: ‘Shark Tank’ star Kevin O’Leary, wife sued by boat crash victim’s familyO’Leary previously faced a lawsuit in 2019 from the family of one of the victims who died in a fatal boat crash involving O’Leary and his wife, Linda.Linda O’Leary was charged with careless operation of a vessel in September 2019 in connection with the August 2019 boat crash in Canada, which left two people dead.In a news release provided to USA TODAY by Melissa Dowrie of law firm McLeish Orlando, victim Susanne Brito’s parents and sister sued the businessman and his wife for wrongful death.”For this grieving family, it is about obtaining civil justice so as to prevent these types of deaths and curtailing reckless and dangerous behavior from continuing on our lakes,” Patrick Brown of law firm McLeish Orlando said in the release.Following the deadly crash, the maximum penalty Linda O’Leary faced was 18 months’ imprisonment or a $1 million fine, and O’Leary’s lawyer Brian Greenspan called it regrettable and inappropriate for police to charge her with a “regulatory offense under the shipping act.” Prosecutors eventually changed the initial charge.Nathalie Houle, media relations officer for the Public Prosecution Service of Canada, told USA TODAY that “after careful review,” the maximum penalty Linda faces is a $10,000 fine.’Shark Tank’ secrets: How the reality show is changing during the pandemicContributing: Sara Moniuszko

The Best Paper Towels of 2021
What stores and restaurants are open Labor Day? Here’s a list of businesses open or closed Monday
To Top
error: Content is protected !!
Top