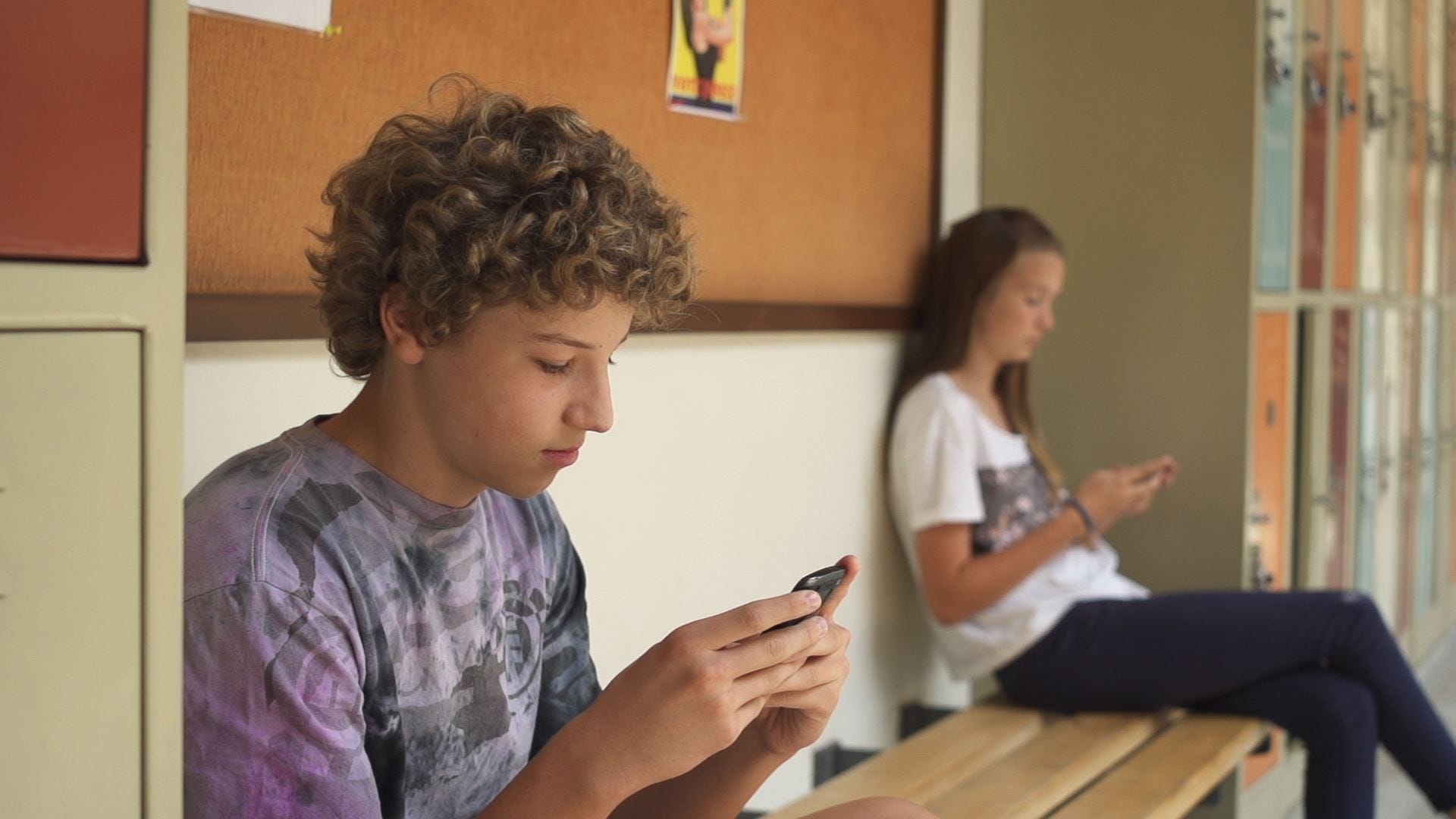 Lawmakers in France recently passed a ban on the use of smartphones in schools, impacting students in their early to midteens. In U.S. school districts where digital device policies are all over the map, parents and teachers are divided on how to curb or permit phone use in the classroom.

Some schools have students stash their phones in their lockers – as they do for middle schoolers in my Northern New Jersey town. Others have kids place them in a canvas “pocket chart” – essentially a hanging shoe organizer – in the classroom.

What most everyone agrees on is that screen-time addiction is a problem for young and old, an issue that companies such as Apple, Google and Facebook are finally tackling with recently announced software updates. You hear all too often how kids who are fixated on smartphone screens are only modeling the behavior of their parents. (It’s also not unheard of that a teacher also may use a phone in the classroom, to check on his or her own family at home.)

According to nonprofit family media watchdog Common Sense Media, 24 percent of kids from 8 to 12 years old have their own smartphone and 67 percent of their teenage counterparts do, with tweens using an average of about six hours’ worth of entertainment media daily.

Compounding the confusion is the age at which families give their kids a phone – often, but not always, when the youngster is about to enter middle school. But what  effect does a kid who has a phone that’s visible at school have on a classmate who doesn’t have his or her own handset?

Some schools implement “one-to-one” programs to provide computers, tablets or other mobile devices to each student. Other cash-strapped districts may have to share tech gear in the classroom. And some educators may even encourage students to bring their own devices for class use.

It’s safe to assume that most schools aren’t about to dictate to a parent that a kid can or cannot use a device on the way to or from school, though some do actually ask families to sign commitments to temper tech use.

Keeping all this in mind, here are some of the arguments made for and against a stricter cellphone-use policy in schools.

Why cellphones should be permitted in schools

“Have a plan, not a ban,” says Liz Kline, vice president for education at Common Sense Education in the San Francisco Bay Area, a group whose  mission is to help kids thrive in a world of media and technology. “There are legitimate learning contexts for using devices in the classroom,” Kline says, whether students are making movies or studying photography.

Kline acknowledges that digital distraction is “totally real,” and she recognizes that setting up the classroom norms for when it’s appropriate to use a phone – and when it is not – is not a simple matter.

Lisa Highfill, an instructional technology coach at the Pleasanton Unified public and secondary school district in Pleasanton, California, believes letting students have phones helps them prepare for higher education and eventually the workplace. “How many people go to work each day and turn their phone in?” she asks. “To me, getting ready for career and college is learning how to avoid the distraction of your phone.”

Educators should have dialogs with students about when and why kids feel compelled to pick up their devices, she says. “Teach students how to refocus, how to take care of something that is really nagging at them and then move on and put it away … Self-monitoring is a lifelong skill that we have an opportunity to integrate into our lessons.”

Of course, there ought to be times when phones are put away or even collected by teachers, no questions asked, namely during test time. Indeed, some students use the devices to cheat.

Safety concerns are also often given as a reason to let kids have devices at school. When there’s an accident or tragic incident, the presence of phones lets parents get in touch with the kids, and the kids can get in touch with a parent.

“Phones are as much for peace of mind of parents as they are for kids,“ says New York City-based social media coach Sree Sreenivasan, a parent and co-founder of the Digimentors consulting firm.

But parents may also try to reach the youngsters under more routine circumstances.

“I ask kids all the time, who do you normally get texts from during school? Their friends, of course,” Highfill says. “But their mothers are texting them, and it’s actually very practical. ‘Don’t forget to talk to your math teacher’ or ‘don’t forget you have this appointment at the end of the day.’ ”

More: When should a kid get their first smartphone? And other parenting questions of the social media age

More: These devices help you connect to kids and tweens without giving them a smartphone

More: Addicted to your smartphone? Here’s how to kick the habit

Kline adds another dimension to the let-kids-have-phones-in-school argument. In some lower-income areas where there’s concern surrounding the digital divide, the school might offer the kind of speedy internet access that is not available at home. “I think there is some nuance around this,” she says.

And then there’s this argument: Restrictions just might not work.

“I really believe that the more rules and restrictions you put on top down, the more kids will just work to try to work around those rules. And they’re good at it, the best hackers,” Highfill says.

When her IT department blocked Snapchat access at school, kids built their own server as a workaround. Highfill also knows of students who put their cellphone cases – but not the phones themselves – inside pocket charts to fool teachers. 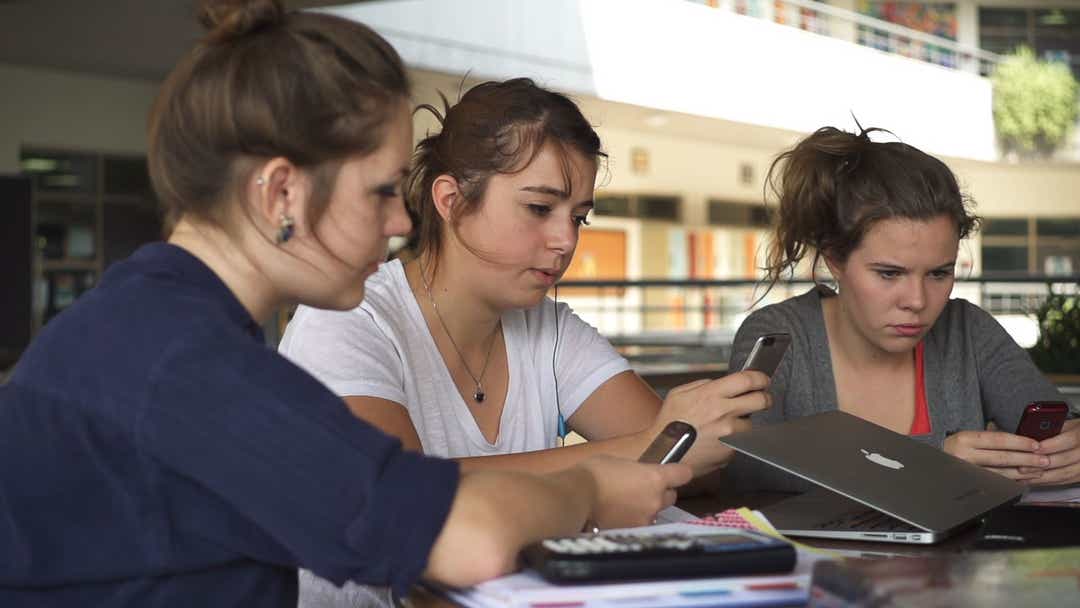 The case against phones in class

“When we’re asking these 12  to 13 year olds to carry the phone and not be on them, we 100 percent know that’s not happening,” says Delaney Ruston, a physician and director of the documentary “Screenagers: Growing Up in the Digital Age.” “You can go into any classroom or ask any middle schooler, and they will tell you consistently how they and/or their friends are sneaking being on the phones during class times.”

The consequences? According to the “Away For The Day” initiative Ruston developed with the team behind “Screenagers” to try to institute policies requiring phones to be put away, 56 percent of middle schools allow students to carry phones on them all day, yet 82 percent of parents don’t want their kids using phones there.

The Away For The Day website cites various academic studies that point to potential negative outcomes of classroom phone use. In one such study, 75 percent of teachers reported that the attention spans of students have decreased. In another study, students regularly interrupted by text messages had test scores that were 10.6 percent lower.

Ruston believes that putting the phones away can improve a child’s emotional well-being in school and help with their focus in and out of the classroom.

And while she recognizes that a teacher might ask a kid to pull out a phone during a given lesson, “to do X, Y, Z … the reality is that many of these kids now on their personal device have gotten so many notifications that they’re actually not going to whatever the teacher is saying they should be doing, but instead sending and receiving messages or going onto their video games.”

“You’re already going to have those struggles with (school supplied) educational devices,” Ruston adds, “but it gets exponentially more challenging when it’s a personal device.”

Even if a device on a student’s desk is turned off, the worry is that it still becomes a distraction.

Ruston also dismisses the safety argument. She pointed to an NPR report in which security experts have said that letting a kid have a phone in the classroom during a lockdown makes them less safe, not more. When students should be quiet, for example, a ringing or vibrating phone might alert an assailant where kids are hiding. Parents trying to reach youngsters in an emergency might jam communications and interfere with first responders. And the kids might miss instructions from the authorities.

But Ruston concedes that “that’s not to say there’s not an emotional upside for a parent.”

Where do you come down on the subject? Parents, let us hear from you. Send me an email or message on Twitter. 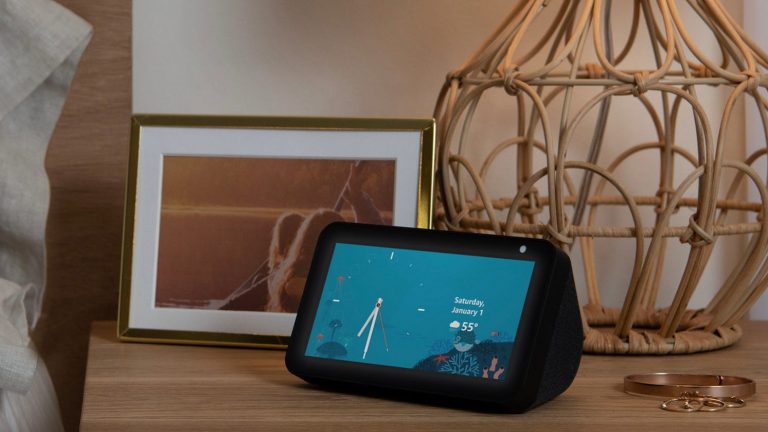