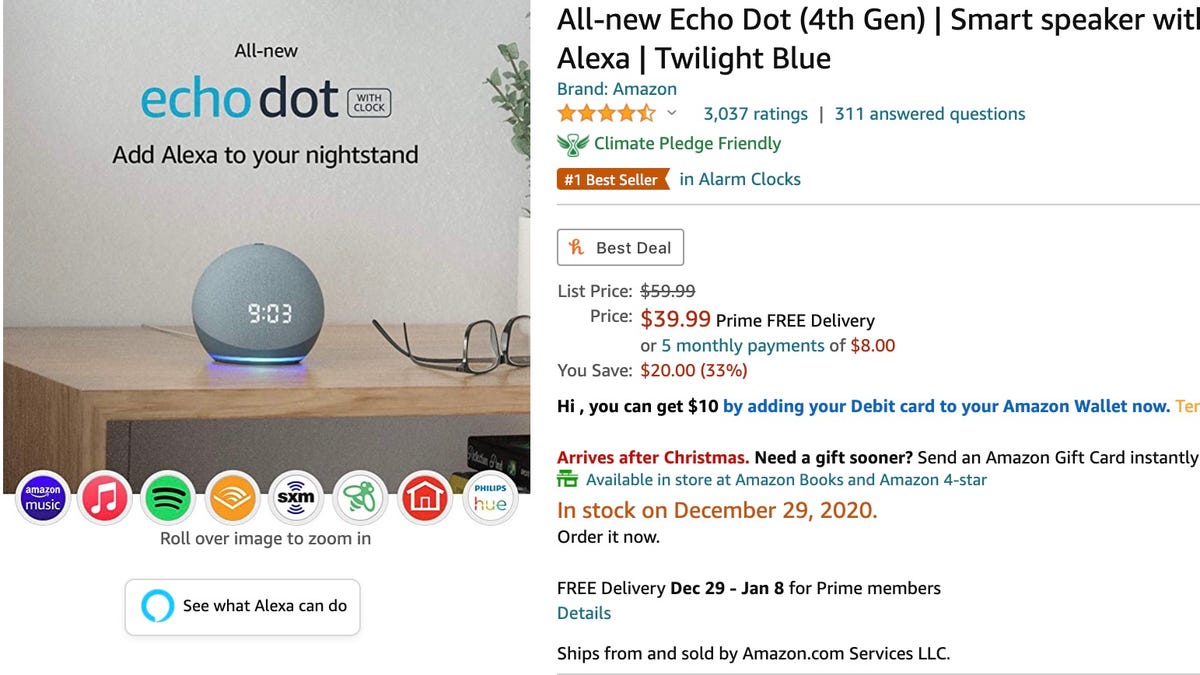 | USA TODAY
If you waited until now to buy a smart speaker from Google, Amazon or Apple as a Christmas present, the pickings are going to be slim.Apple’s $99 HomePod Mini, introduced in November as Apple’s first consumer priced smart speaker, is sold out and not available until Jan. 4, according to Apple’s website.Google’s Nest Audio, the redesigned version of what had been called the Google Home, is also sold out, and not available until Jan. 8 at the earliest, with free delivery from Google’s website, or Jan. 6 if consumers pay an extra $22.99 to expedite the order.Amazon’s Echo Dot, the smallest and least expensive of its smart speaker lineup, has long been one of Amazon’s holiday best sellers, ranking as its most purchased item last Christmas.This year there’s a redesigned Dot with a built-in clock, but it’s already sold out for the holidays. A check on Amazon Wednesday shows the Dot with clock not available until Dec. 29. The Dot with Clock regularly sells for $59.99, but was discounted to $39.99 for the season. The regular Echo Dot, which sells for $29.99 (normally priced $49.99) is available for overnight delivery for members of Amazon’s Prime program. Other Amazon devices are in stock, including the larger Echo speaker and Fire TV Stick, with overnight delivery, but the Echo Show, which brings Alexa to a video display, will take nearly a week to be delivered. For Apple, many editions of the Apple Watch Series 6, the latest Watch, are sold out until Dec. 31 at the earliest, to Jan. 19 at the latest. The acclaimed new Apple computers with “M1” processing chips are also back-ordered, with the MacBook Air delayed until Jan. 4 at the earliest and the Mac Mini for Dec. 29. Meanwhile, what of the most coveted gift items of the season, the new Sony PlayStation 5 and Microsoft Xbox videogame consoles? It’s not easy, if not darn impossible. But our Brett Molina has some tips. Follow USA TODAY’s Jefferson Graham (@jeffersongraham) on Twitter