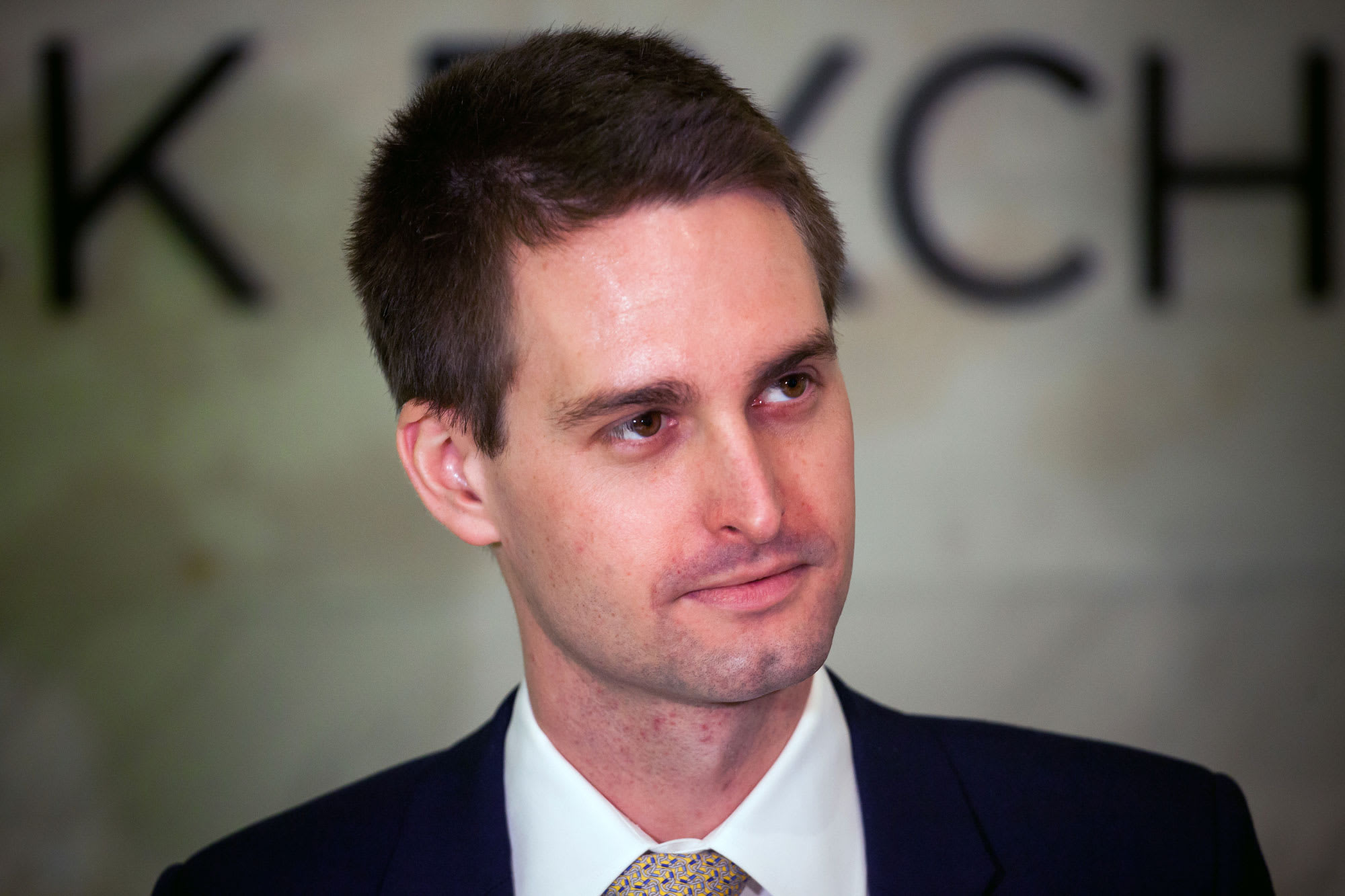 Evan Spiegel, co-founder and chief executive officer of Snap Inc., stands on the floor of the New York Stock Exchange during the company’s initial public offering on Thursday, March 2, 2017.Michael Nagle | Bloomberg | Getty ImagesSnap’s stock price initially plunged more than 11% after hours then moderated to a smaller decline as investors digested positive user and revenue growth on Tuesday after the company reported its second-quarter earnings. Here’s what they reported:Loss per share: 9 cents vs. 9 cents per RefinitivRevenue: $454 million vs. $439.1 million per RefinitivGlobal daily active users (DAUs): 238 million vs. 238.48 million per FactSetARPU: $1.91 vs. $1.87 per FactSetThe company’s net loss grew to $326 million, up nearly 28% from $255 million last year.Snap blamed the higher losses on long-term investments to “to build on the momentum we have established with our community, and our advertising partners,” as well as higher interest expense related to convertible notes, and a one-time gain from selling Placed, a location-based user data provider, in last year’s quarter.Snap reported its daily active users at 238 million, up nearly 4% from the 229 million the company reported in April. That figure is up 17% compared to the 203 million daily users the company reported a year prior.After seeing an increase in usage following shelter in place orders in March, that boon has gone away, Snap Chief Financial Officer Derek Andersen said in his prepared remarks.”At the onset of widespread shelter in place orders, as people sought to stay connected and entertained from home, we observed an increase in daily active users that informed our initial estimate,” Andersen said. “This initial lift dissipated faster than we anticipated as shelter in place conditions persisted.”The company said that so far in Q3, revenue is up 32% from the previous year, but it expects that growth to moderate through the rest of the quarter, ending up with growth of around 20%.”Advertising demand in Q3 has historically been bolstered by factors that appear unlikely to materialize in the same way they have in prior years, including the back to school season, film release schedules, and the operations of various sports leagues,” Andersen said. “At this point in time it is difficult to predict how these factors may impact advertising demand in the remainder of Q3.”

Big Tech stocks add $291 billion in market value in one day
A 65% rally could be ahead, trader says
To Top
error: Content is protected !!
Top