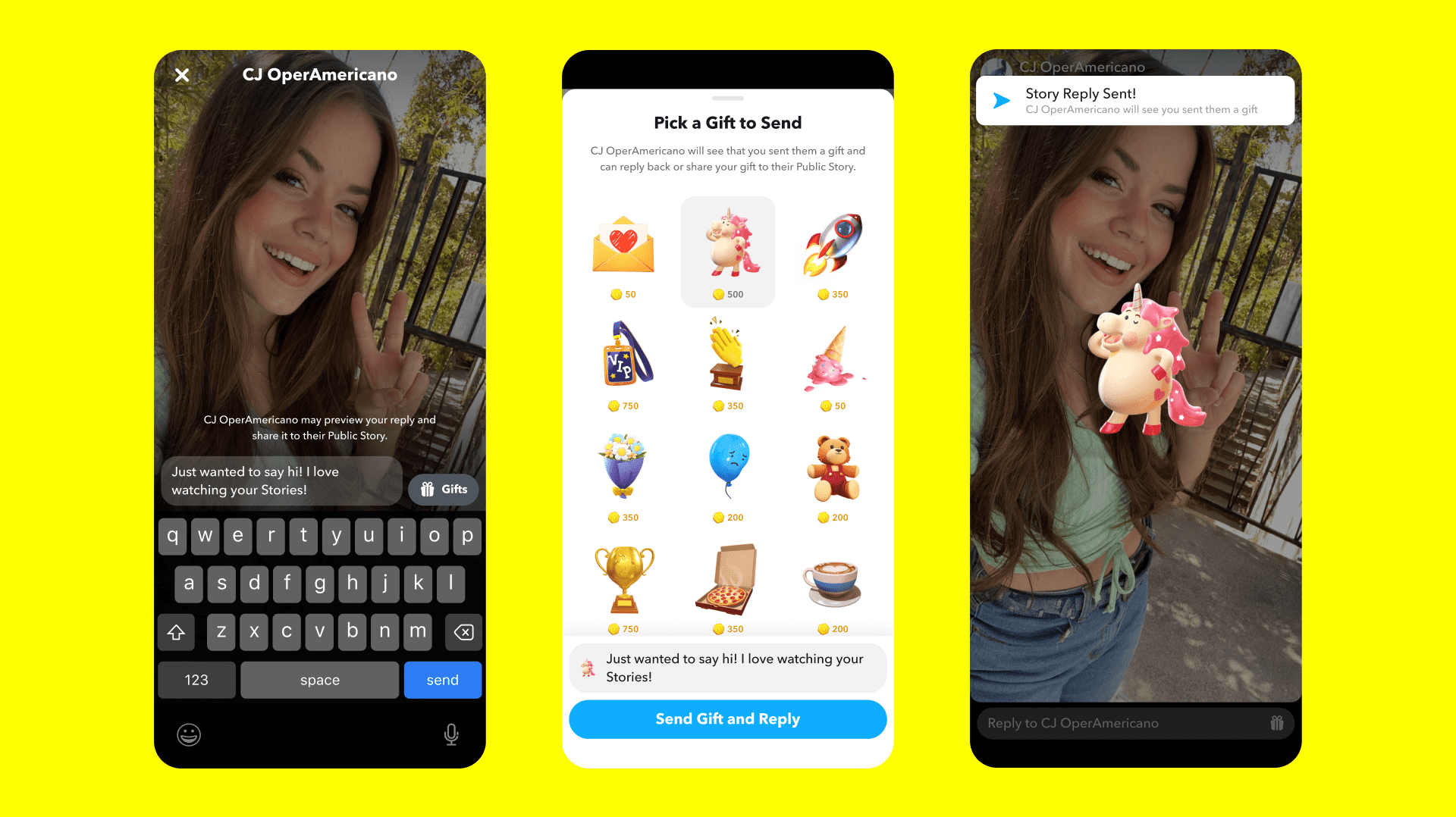 Gifting will start to roll out to Snap Stars later this year on Android and iOS.SnapSnapchat users will be able to tip high-profile creators through the app’s chat function later this year, Snap said Thursday. The move pushes the social media company further into creator monetization.Users will be able to purchase tokens in the app and use them to purchase “gifts” to send to creators through story replies. Creators can cash out once they accumulate $100 worth of gifts.Snapchat — which now reaches 500 million monthly active users — will take a cut from the gifts sent, but declined to say how much.Social media companies are adding more ways for creators to monetize their content in order to attract more users. This also helps them diversify revenue away from advertising.Twitter, for example, recently rolled out its Tip Jar for some users to add to their profiles. Twitter has also worked on an offering called “Super Follows,” which could let users pay to see tweets from their favorite accounts.Snap’s stock closed up more than 5% Thursday.Snapchat will also reformat the $1 million-a-day incentive program for Spotlight, its TikTok clone, starting next month. Instead of a daily offering, Snap users can earn from a pool of “millions” of dollars each month. The company declined to provide an exact figure.Since late November, the company had maintained a $1 million daily pool which it pays out to the creators of each day’s top-performing videos on its short-form video service. The company determined payouts based on how many views a video received in comparison to other highly-viewed snaps.Snap said more than 5,400 creators have collectively earned over $130 million dollars thus far. Because the company will continue to pay in some form, it’s unlikely users will completely jump ship to competitors that also pay users, like YouTube and TikTok.Snap is also launching Story Studio, a free stand-alone mobile editing app for creators. Users will be able to explore trends and insights and share videos right to Snapchat or other platforms. The company said Story Studio will launch on iOS later in 2021.Subscribe to CNBC on YouTube.