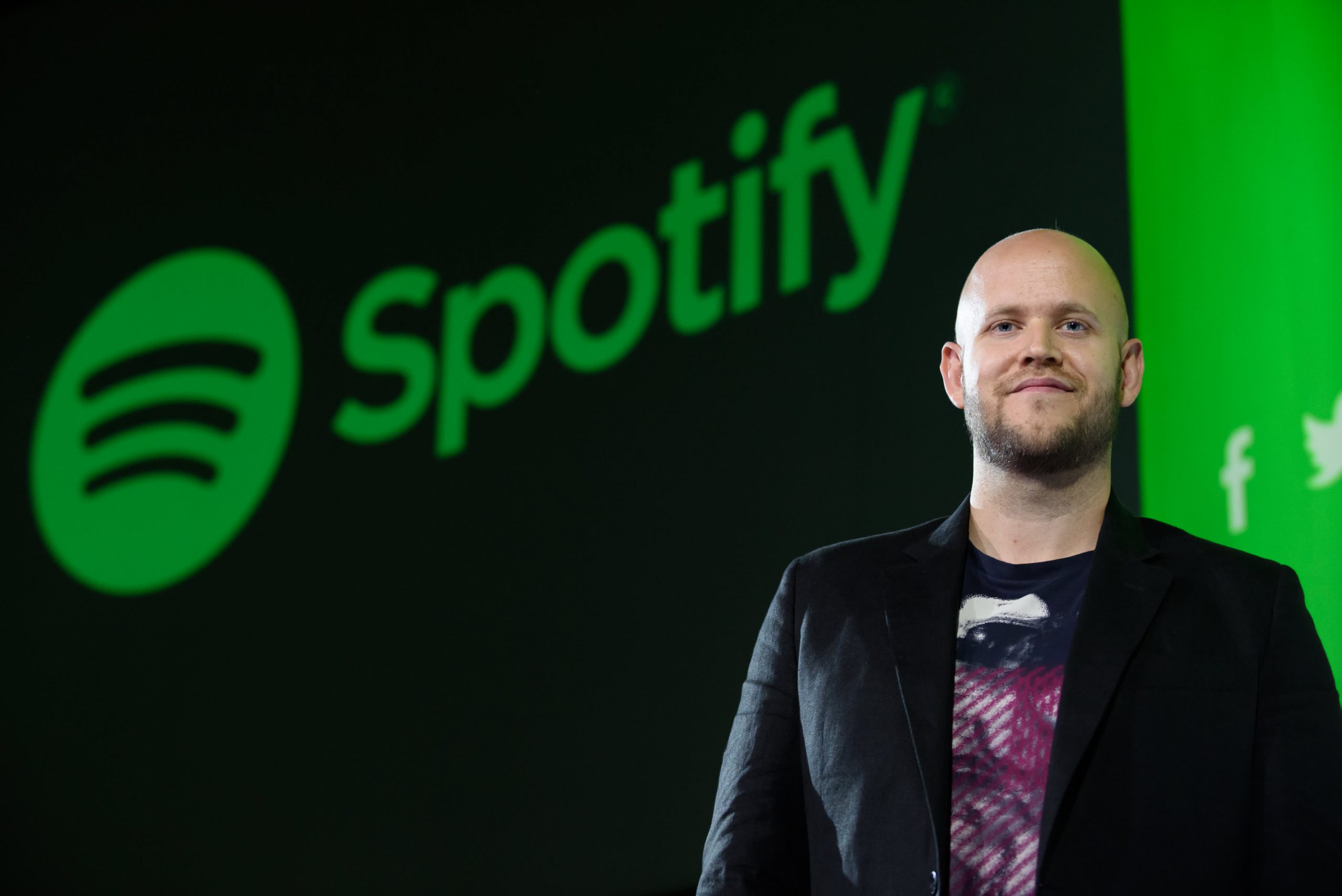 Daniel Ek, chief executive officer and co-founder of Spotify AB, stands for a photograph after a news conference in Tokyo, Japan, on Thursday, Sept. 29, 2016.Akio Kon | Bloomberg | Getty ImagesShares of Spotify dipped more than 7% Wednesday after the company reported second-quarter earnings that missed earlier total monthly user growth guidance.The streaming company posted 365 million monthly active users, up 22% year-over-year. But it fell short of its guidance of 366 million to 373 million users. The company pointed toward the ongoing Covid-19 pandemic affecting performance in several markets and said it paused some marketing campaigns. A user sign-up issue also affected MAU growth, the company said. Spotify said those trends improved in the back half of the quarter.”Because Spotify is a global business MAUs are one of the hardest things to forecast,” Spotify CEO Daniel Ek told CNBC’s Julia Boorstin. “We knew that going into the year we’d be impacted by the pull-forward. I’m a little disappointed we didn’t realize it would affect us in Q2 as well. We would have expected some of these markets to open a little faster.”Spotify’s premium, or paid, subscribers grew 20% year over year to hit 165 million in the quarter. That’s within the company’s guidance range.Spotify expects 377 million to 382 million total MAUs and to hit 170 million to 174 million paid subscribers in its third quarter.The company’s ad-supported revenue benefitted from strong demand and favorable comparisons from 2020’s lows.”The strength in Ad-Supported Revenue was led by our Direct and Podcast sales channels, with the latter benefiting from a triple-digit Y/Y gain at existing Spotify studios (The Ringer, Parcast, Spotify Studios, and Gimlet) along with contributions from the Megaphone acquisition, the exclusive licensing of the Joe Rogan Experience, and Higher Ground,” Spotify said in its report.Spotify indicated it doesn’t plan to slow its push into podcasts. At the end of Q2, the company had 2.9 million podcasts on the platform, up from 2.6 million the prior quarter.”Spotify historically has been a music subscription company, now is an audio platform,” Ek said. “We’ve been investing in podcasts the last two years and deliberately started investing in advertising to make that a new leg of the stool. Advertising is breaking out and becoming a second big revenue driver for Spotify.”