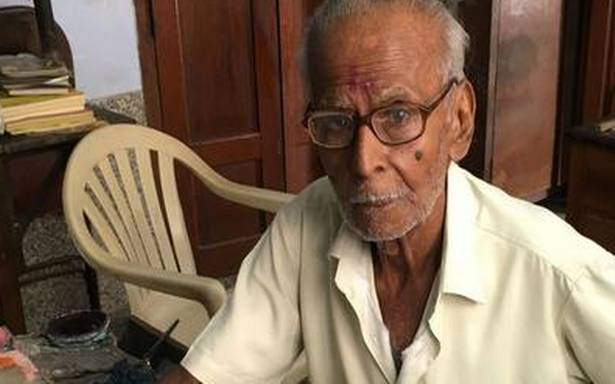 Temple murals, proscenium theatre, cinema … religious calendars that adorn homes across the country are underrated, but have rich artistic influences

They have never held an art exhibition, but their pictures turn up on walls regularly — and stay there until the year ends. These are the anonymous calendar artists of Sivakasi, Tamil Nadu.Calendar art, especially in southern India, is a genre that recasts the old skill of temple murals into a new mould, aided by techniques that are drawn from proscenium theatre, cinema and British colonial perspectives, with a uniquely Indian sensibility.From the 18th Century, the printing press and celebrated artists like Raja Ravi Varma have helped to create a mass market for religious pictures, especially in Hindu iconography. Annual calendars blended the commercial and spiritual aspects of the art into a booming industry.Before computerisation introduced automated printing, hundreds of illustrators used to gather in Sivakasi towards the end of the year to start drawing what are known as ‘God pictures’ in industry parlance, for the following year’s calendars.Today, anecdotal evidence suggests that there are only around eight to nine artists who specialise in drawing devotional pictures in Tamil Nadu. MetroPlus talks to three.Finding appreciation onlineAt 83, Sivakasi-based S Murugakani’s career is enjoying a renaissance of sorts during the lockdown. “My grandson, who is studying Visual Communications in Coimbatore, has been spending lockdown at home with me. He has been uploading my video tutorials on his YouTube channel. The viewer response has been very encouraging,” chuckles Murugakani over the phone from Sivakasi.Born in Elayirampannai in Virudhunagar district in 1937, Murugakani migrated to Sivakasi after finishing school in 1955 to realise his ambition of becoming a full-time illustrator. “I was fortunate to meet the noted calendar artist C Kondiah Raju (1898-1972) when I was in school in Kovilpatti. He gifted me a freehand drawing that inspired me to take up art professionally,” says Murugakani.After 11 years as an apprentice to commercial artist Ravi, Murugakani decided to launch his career from a home-based studio in 1967.Besides calendar work, he is kept busy with private art commissions from corporate companies. “Even though the subjects are all devotional, calendars have to present ideas differently every year. I have to understand what the client wants, and draw according to his or her request, while staying true to the deity’s iconography,” says Murugakani. Often, the veteran artist has been taken to historic temples by his clients to make sketches of the deities there. “Since photography was banned in temples until quite recently, I used to take paper and pencil colours to make preliminary drawings of the resident deities in the shrines. I would then come back and work on the original painting for three to four weeks,” he says.“Among the more memorable of these trips was the one to the Sri Dhandayuthapani Swamy temple of Palani in 1980, where I was shown some of the rare jewels and weapons that adorn Lord Murugan, which I sketched separately. I did a portrait of the lord in Raja Alangaram (royal costume), which was well-received. My paintings of the Ayyappan Temple have been used for over 40 years,” says Murugakani.Many of his paintings have also played a cameo role in old Tamil films. “I always feel thrilled when I spot my pictures in many of the prayer room scenes of movies,” he says.Murugakani remains partial to poster paints, and sources them locally. He has retained around 10-20 of paintings in his personal collection. “A painting attains divine qualities when we paint the deity’s eyes. Until then, it is just a picture. The appreciation I get from the observer is far more satisfying than any monetary gain,” he says.S Murugakani’s online tutorials may be viewed on YouTube’s All in One ChannelArt against the odds

N Tirupathi Kannan is already in 2022 when he speaks to us over call from Srivilliputhur. “Calendars are ready for printing at least six months in advance, so the lockdown has not really affected my workload. I’m nearly done with the orders for 2022,” says the 52-year-old illustrator who also works full-time as an art teacher in a government school in Srivilliputhur.Born in 1968 as the youngest of eight children, Kannan was always interested in drawing, but unable to afford the fees for art courses.“I worked as a salesman in a textile showroom and bookstall to make ends meet after finishing school,” he says. A kindly teacher, Mr Adinarayanan, saw him drawing in the bookstore and advised him to get trained so that he could attempt the Tamil Nadu Government’s certificate course for art. “He introduced me to drawing master Mr Karuppaiah, and I started weekly lessons. But it was difficult to balance my job with the classes, so I would end up drawing late into the night on the street after finishing my shift at the bookstore,” says Kannan.He moved on as a painter of steel cupboards and signboards, all the while working on his art training. He developed an interest in devotional images when apprenticing under a professional artist who used to take him along for mural painting assignments in temples.The turning point came when he was commissioned to illustrate work on an illustration of Lord Vinayaga for a magazine brought out by the administrators of Merku Mugha Valampuri Vinayagar Kovil, Srivilliputhur. “Photographs of the deity were too dark, so the printer wanted a hand-drawn picture for the cover,” says Kannan. “After this project, I realised that this is what I wanted to do for the rest of my life.”After passing his art certificate course and securing an appointment as a teacher in Srivilliputhur, Kannan decided to devote after-school hours to calendar art. “Once I started painting, there was no looking back. I have been commissioned works by Tirupati Devasthanam, and temples in Malaysia ,” he says.He feels calendar artists like him have managed to survive the march of technology in art, because their skill cannot be replicated by a machine. “A computer will only be able to manipulate already extant images. Many publishers feel that hand-drawn illustrations are more lifelike than computer-generated images, especially when it comes to religious subjects,” he says.Kannan loves drawing religious images, because of its meditative quality. “Art is a vocation for me, and a way to connect with God. My pictures may be adorning many homes already, but I don’t think anyone would know the artist who draws these pictures. It gives meaning to all the struggles that I have undergone,” he concludes.Different strokesIt has been many years since CS Anandan picked up a brush or pencil, but his career has been defined by calendar art. “I painted my last hand-drawn illustration in 2002, after which I shifted to computer-aided drawing,” says Anandan, who went solo as an illustrator of religious imagery in Sivakasi in 1971, and today is known more for his computer skills.“Painters who specialise in divine or devotional themes are getting harder to find, so those who can be creative and artistic at the same time, are highly valued in calendar production,” says the 71-year-old. “At the peak of my career in the early 1980s, I had around nine assistants to help me with big projects. But around 1987, computerisation started making an impact on the printing field, especially in commercial jobs like calendar publishing. Earlier, parents themselves used to bring their children and ask us to train them to become artists, but from 1998, I have had no assistants, because this field is no longer considered worthy of employment,” Anandan says ruefully over the phone.Still attached to ‘God pictures’, Anandan helps to adjust hand-drawn work into computer frames, besides creating original illustrations. “My calendar pictures travel all over the country,” he says. “Many of my old customers are from places like Delhi, Varanasi, Patna and so on. They email their designs to me, and I polish it up for publishing. Earlier we were making films of the final product; now we just email the soft copy, and it is transferred onto their plates for publishing.”He is reluctant to teach young people these days, because he says they tend to favour a more cartoonish style of drawing. “I am an old-school artist, trained in creating realistic images based on the human anatomy. Young people don’t have the patience to learn an art that may not earn them a handsome pay in the long run,” says Anandan.After a gap of nearly 18 years, Anandan recently drew a series of 35 pictures on planks of fig wood for the ‘palaayam pooja’ of the Sri Karguvel Ayyanar Temple in Sivakasi. “I thought it would be difficult to draw after such a long break, but after the first two, the pictures simply composed themselves,” says Ananthan. “It was good to know that my hands hadn’t forgotten their old skill.” 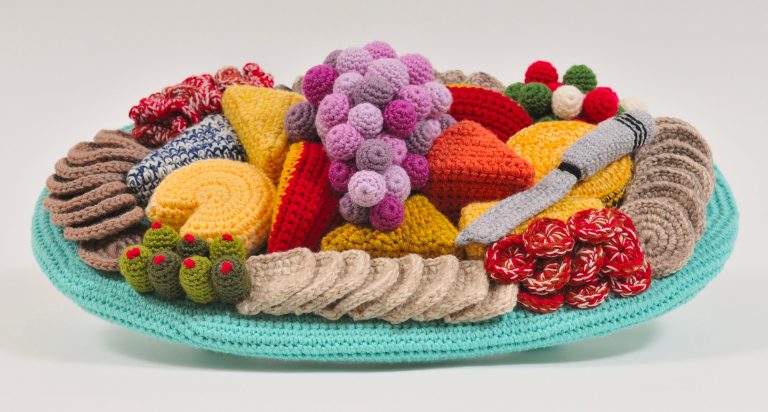 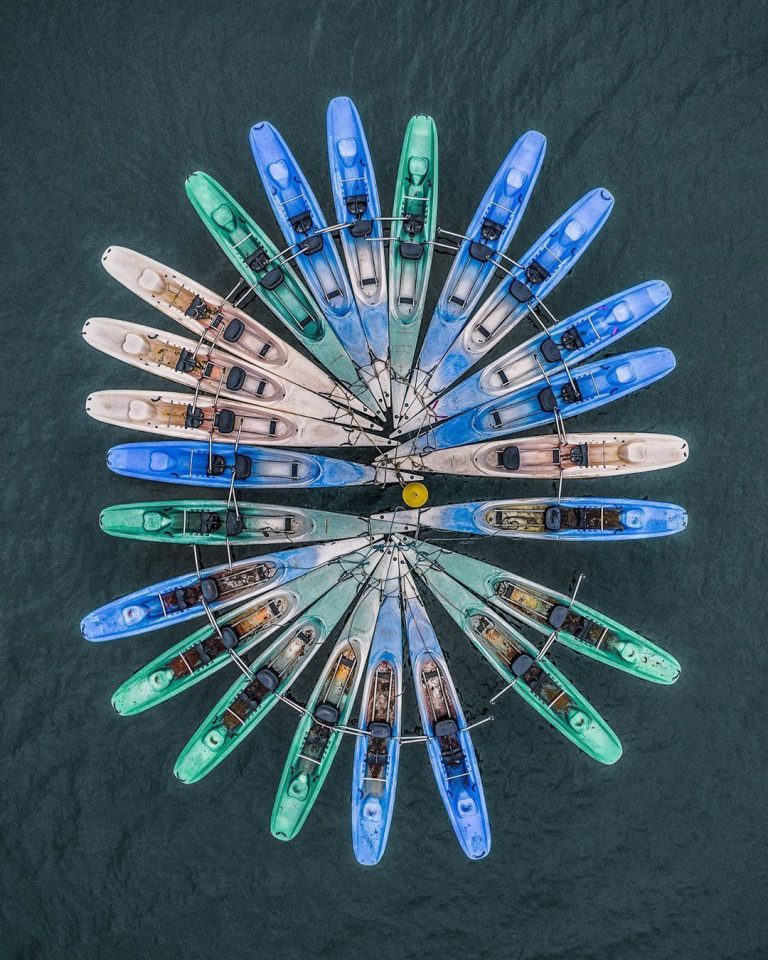