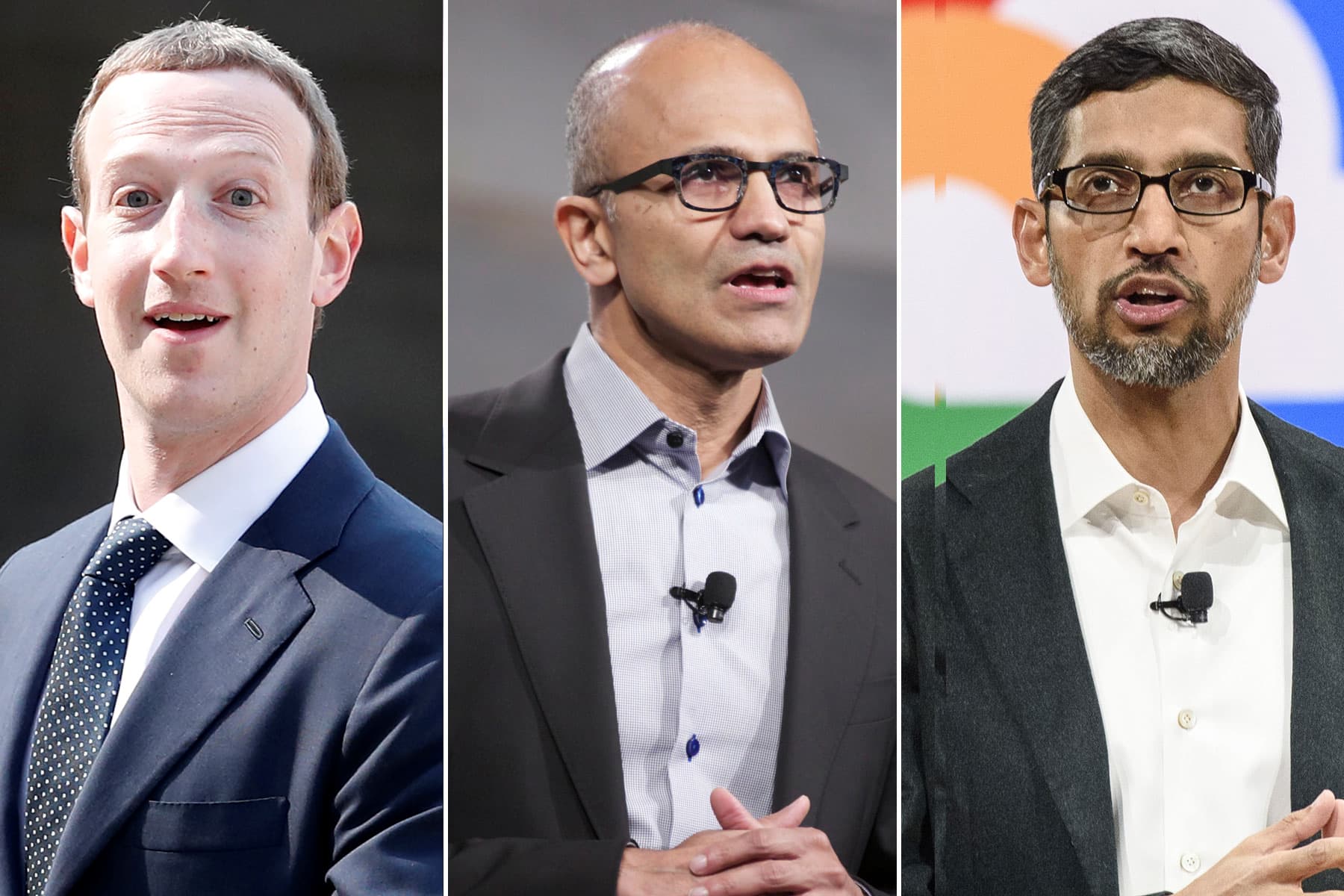 The tech industry is really two industries. There are the five giants, which operate at an almost unimaginable scale, and then there’s everybody else.Alphabet, Amazon, Apple, Facebook and Microsoft all reported March-quarter earnings this week, and some of the numbers that came out showed how dominant they are. In many cases, relatively small business units buried within the giants are generating more revenue than entire big-name tech companies.For instance:Google’s YouTube is on track to generate as much revenue this year as Netflix — once dubbed a peer in the collection of “FAANG” stocks. Yet YouTube is a relatively small business for Google, accounting for only 13% of its advertising revenue. Parent company Alphabet gained $4.5 billion from an increase in the value of investments it has made in start-ups over the last decade, as many of those start-ups have gone public or raised new rounds at dramatically higher valuations.Amazon’s advertising business generated close to $7 billion during the quarter, and its growth rate is accelerating. That’s nearly seven times as much as all of Twitter, but it’s barely noticeable against Amazon’s total quarterly revenue of over $108 billion. The company’s cloud computing business, Amazon Web Services, generated more revenue in the first quarter of 2021 than all of Oracle did in its fiscal third quarter, which ended Feb. 28.Microsoft’s LinkedIn has booked more than $3 billion in ad revenue during the last year, which is more than the entirety of Snap or Pinterest. But that’s a drop in the bucket for Microsoft, which has booked over $121 billion in the last nine months alone.Apple’s gadget business, dubbed “Wearables, Home and Accessories” and consisting of Apple Watch, audio add-ons like AirPods and HomePods, and other home devices like Apple TV, booked more than $7.8 billion in the quarter ended March 31. That’s more than HP’s laptop business generated in its quarter ended Jan. 31— which, unlike Apple’s quarter, encompassed the holiday buying season. Yet it accounted for only 8.7% of Apple’s overall sales. Apple’s iPhone business, meanwhile, is truly in a class by itself — it generated more revenues than all of Microsoft, as has been the case for years.Facebook doesn’t break out the performance of its business units, making it hard to get a feel for how they stack up against stand-alone competitors. But the company says 2.7 billion people use one of its apps every day, and 3.4 billion people use them at least once a month, making it equal in scale to these other giants, even if it’s the only one with a market cap still under $1 trillion. Bloomberg has reported that Instagram generated $20 billion in ad revenue in 2019, putting it among the biggest digital advertising properties in the world — and well ahead of social media competitors like Snap, Pinterest and Twitter.The law of large numbers turned on its headTypically in business, companies run into the “law of large numbers,” and growth rates slow. Conventional wisdom dictates that generating $500 million in new revenue is a lot harder than generating $50 million, so by mathematical law, it’s harder to grow 50% from $1 billion than from $100 million.But the nature of technology platforms turns that law on its head. When a tech business achieves truly massive scale — and all of these companies have multiple businesses that reach more than 1 billion customers — it’s easier to grow by collecting additional streams of revenue from a massive installed base than it is to invent new business areas from scratch or steal customers from bigger competitors.These giants can take the data from their already-massive operations to learn about their customers and sell them new products effectively. They can leverage existing customer relationships to sell add-on products. They can use their cash flow or stock to buy promising new upstarts and, if they decline, clone them.Nothing makes a dent. They brush off congressional hearings, fines from regulators, antitrust investigations, complaints from disgruntled employees, unionization drives and negative press like so many mosquitoes. When the Covid pandemic slammed into the economy and shut down most of the world, they thrived. Now that Covid is easing up in the U.S., they continue to thrive.Smaller tech companies offer bigger opportunities for growth and returns over the long term. But if investors are looking for investments with the safety of U.S. government bonds and the prospect of at least some future growth, there is no investment class like the tech giants.