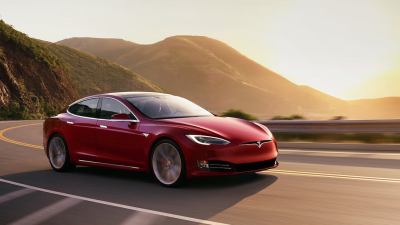 A Tesla driver was filmed asleep at the wheel as the semi-autonomous vehicle cruised on its own down a highway in Massachusetts over the weekend.

At least, that’s what video captured Sunday appears to show.

Twitter user Dakota Randall posted a 28-second clip of the incident which occurred along the Massachusetts Turnpike. “Some guy literally asleep at the wheel on the Mass Pike (great place for it). Teslas are sick, I guess?” Randall tweeted.

The post has since received over 422,000 views, 600 Retweets and almost 2,000 likes. The video appears to show a driver using Tesla’s advanced driver assistance system called Autopilot.

Randall told local media that he blew his car’s horn in an attempt to wake the driver, but it didn’t work.

“At no point did I feel like I was in danger until after the fact, when I thought ‘Wow, I was just driving next to somebody who was completely asleep on the Mass Pike of all places, like one of the most dangerous roads I can imagine,” Randall told WHDH in Newton, Massachusetts. “But yeah, the car stayed the same speed in the same way on the highway, and yeah, it didn’t change at all. It was weird.”

Randall said that the car didn’t swerve or change speed as the driver and the passenger in the front seat remained asleep.

Tesla says its Autopilot feature is meant to “reduce[s] your overall workload as a driver,” when used properly. Still, it’s “intended for use with a fully attentive driver, who has their hands on the wheel and is prepared to take over at any time.”

In August, a similar incident occurred in California, prompting debate online after the man was seen on the I-5 highway near Santa Clarita, California, sleeping while driving.

Late last month, the National Transportation Safety Board released a preliminary report saying that a Tesla Model S was in Autopilot mode when it crashed into a fire truck in Southern California last year. The report suggested that the 47-year-old driver may have been asleep at the time of the crash.

Using the vehicle’s system data, the NTSB found that when the crash occurred, Autopilot “was active and had been engaged for 13 minutes, 48 seconds.” The investigation also showed that “in the final segment leading up to the crash, the driver had his hands off the wheel 12 minutes, 57 seconds.”

3 unexpected ways your credit score can affect your life
The best credit cards with travel insurance of 2019: Reviewed
To Top
error: Content is protected !!
Top