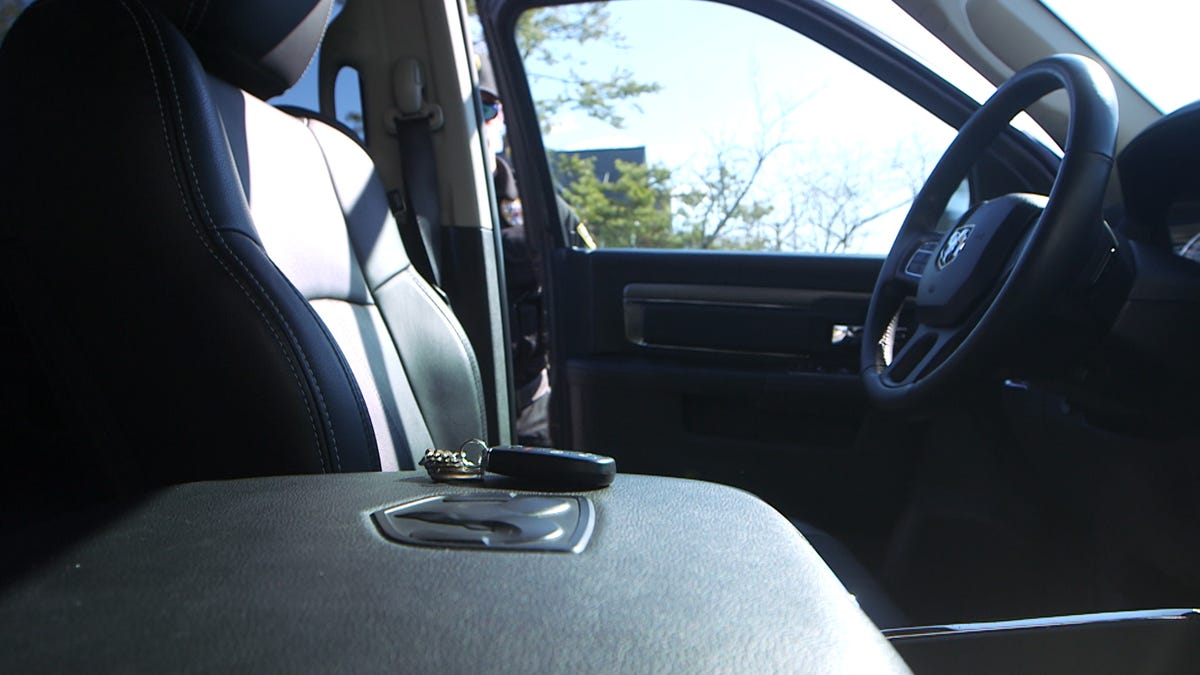 This is why car theft is soaring and how to prevent itSince the pandemic hit there’s been a rise in stolen cars, the National Insurance Crime Bureau reported it went up about 9%. That’s the largest theft year in a decade.Buzz60, Buzz60Vehicle security systems get more advanced every day, and car thieves are no slouches, but experts agree the best way to avoid becoming an auto theft statistic remains in the car owner’s hands.“Most street-level theft is based on opportunity,” Jeff Bartlett, Consumer Reports managing editor for autos,  said. “People break the window, steal whatever’s inside.”Technically sophisticated professional car thieves armed with devices that can defeat modern electronic key fobs, sensors and alarms, and drive away with cars, are rare.But thefts from vehicles remain frequent. Whether it’s a smash-and-grab of something you recently purchased that is visible through a window or the theft of an easily fenced part — air bags and catalytic converters are expensive favorites — those more common crimes contribute to an increase in crime statistics, even though the vehicles themselves were not stolen.►How to avoid catalytic converter theft: Tips on protecting your car as thieves target rare metalsThefts from vehicles spiked in 2020, the last year for which statistics are available. They increased 9.2% to 873,080, the highest total in more than a decade.The statistics made some owners wonder whether new features like pushbutton start and electronic key fobs were to blame.Not according to the National Insurance Crime Bureau (NICB), which attributed the increase to an age-old problem intensified by pandemic lockdowns: bored kids with time on their hands. Thefts were close to 2019 levels in the first quarter of last year; the surge began in April, about the same time COVID-19 lockdowns became widespread.“We have a lot of disenfranchised youth that are unemployed, and outreach programs are shut down or limited due to COVID,” NICB President and CEO David Glawe said.Don’t make it easy for thieves“The majority of cars broken into or stolen are left unlocked or parked in dark, isolated places,” said Michigan State Police 1st Lt. Michael Shaw.That’s not to say modern electronic safeguards are foolproof. They can be defeated, but it requires sophisticated tools not available to a joy-riding kid. “Mission: Impossible”-style electronic hacks are the province of organized crime — and more likely used to target high-value luxury vehicles that end up in a shipping container bound for another country than common vehicles.“The key fob was left in 50% to 70% of the vehicles stolen in Maryland,” said Chris McDonold, director of the Maryland Vehicle Theft Prevention Council and longtime officer of the Baltimore County Police Department. Leaving the key fob in your vehicle may sound like a bonehead mistake, but it’s more common than you might expect, particularly after vehicles are valet parked, when they’re returned to the owner with the fob in a cupholder.“Simple things that are easy to do can have a huge impact on your vulnerability,” said McDonold, who is also former president of the International Association of Auto Theft Investigators. “Manufacturers have done a great job making cars harder to steal, but it doesn’t count if you don’t take the key.”►Fact check: Laws on rescuing pets from hot cars not as simple as claim assertsNew threats on the horizonInsurance companies and police have their eyes on a couple of high-tech vehicle theft tools that may develop: key learning and relay hacking.Both require organization and resources that make them unlikely tools to steal your F-150, Toyota RAV4 or other common vehicles, however. But here is how they work:Relay boosting: This is an electronic device used to boost the signal from a key fob so the vehicle can be unlocked or started in a parking lot or driveway. Because you couldn’t start the vehicle again without the fob, and because it’s hard to know which vehicle might have a nearby fob, relay boosting may be better suited to stealing objects in a vehicle than the whole vehicle.Relay hacking has been reported in the U.K., but there’s no evidence of it in the U.S., McDonold said. “We haven’t seen any arrests of thieves who used it, or recovered the device from any criminals.”Key learning:  This describes a process in which electronic devices learn a vehicle’s electronic code and program it into a new key fob. That’s how locksmiths can program a replacement fob for an owner at a cost well below what dealers charge.There is a safeguard that makes it hard for vehicles to use key learning: You need to be in the vehicle, with close physical proximity to its electronics to program a new fob. Many locksmiths have the equipment to do that, but keeping your vehicle  locked is an almost certain defense from unauthorized use. You can’t clone a key fob from the sidewalk.Relay boosting and key learning are very different from cybersecurity, an area of intense interest for businesses and governments. When cybersecurity experts talk about imminent threats, they aren’t talking about individual car thefts. That’s penny ante stuff for the renegade governments and multinational organizations that constitute threats.Security experts say those modern day pirates want to hack vehicles to get access to critical infrastructure, like the U.S. oil pipeline Black Hat hackers shut down earlier this year. You’re not the target, but your vehicle could be the Trojan horse.Bottom line: Your vehicle is unlikely to be targeted by a criminal mastermind, and you can do a lot to avoid being a target of opportunity.The rules to avoid becoming a victim are the same today as 50 years ago, when anybody with a coat hanger could break into most cars:Lock your car.Don’t leave valuable items visible.Park in well-lighted places.Old reliable tools like noisy alarms and steering wheel locks remain effective, too.Car-tracking devices got a lukewarm endorsement at best. The consensus is that if your car is stolen for a night of joyriding, you probably don’t want it back.►Vehicle theft: This is why car theft is soaring and how to prevent itContact Mark Phelan at 313-222-6731 or  mmphelan@freepress.com. Follow him on Twitter @mark_phelan.