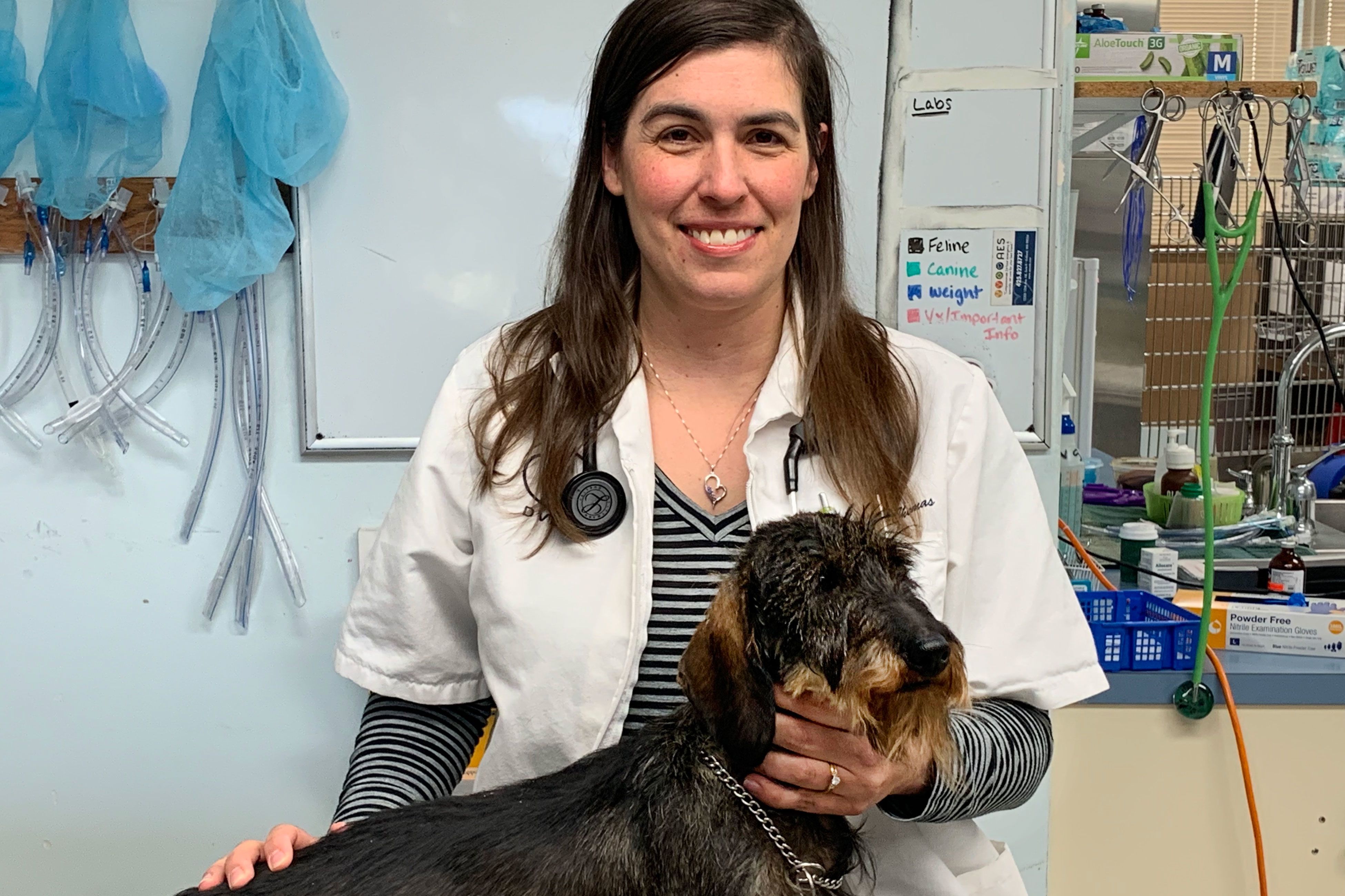 Cynthia Thomas Reher is a veterinarian in Bellevue, Washington

Where did the actor Steve McQueen live as a child? Does brackish water have more freshwater than saltwater?

If you can correctly answer questions like these, you might be done with your student loans sooner than you expected.

Some 400,000 people have registered with Givling, a trivia app that is helping people pay off their student debt, said Seth Beard, Givling’s chief marketing officer. People are tested in pop culture, history, geography, math, chemistry and more. Users play rounds of trivia on teams of three and prizes are given out weekly.

The company was founded around four years ago, but it’s taken off over the last year, Beard said. More than 5,000 people have won prizes on the app, he said, and the company has paid out $3 million. (The money can go toward student loans or a mortgage, and some of the payouts can be used on anything.)

Nearly 45 million Americans are in debt from their education. The average student now graduates $30,000 in the hole, compared with $10,000 in the early 1990s. The average borrower takes between 16 years and 18 years to pay off their debt, according to Mark Kantrowitz, an expert on student debt. (Kantrowitz had a warning for players: any money you receive needs to be reported to the IRS as income.)

Cynthia Thomas Reher’s boss first told her about Givling, knowing that she was deep in debt. She and her husband borrowed more than $400,000 to attend the Ross University School of Veterinary Medicine.

“I enjoy what I do,” Thomas Reher, 42, said. “But I had no clue what I was getting into. How can you when you’re young, have never worked a day in your life and have no idea what the cost of living is?”

She began playing in 2015. “I figured there was nothing to lose,” Thomas Reher said. She soon realized she wasn’t very good at trivia, but the app offered her another way out of her debt.

Players can collect points through watching advertisements or getting friends to sign up and they gradually rise up to the top of the prize queue. (The company makes money through advertisements on the platform, and each day users get two free rounds of trivia although, if they want to play more, it’s 50 cents a game.)

More from Personal Finance:
Your mutual fund may have a political bias
Here’s a look at what motherhood costs in lost income
Tread carefully when lending money to family and friends

Thomas Reher logged on every day, and over four years slowly watched her name float to the top. “The anticipation was like none other,” Thomas Reher said.

She and her husband were paying nearly $3,000 a month for their student loans at one point, she said. As a result, they’re now in their 40s but have just a few thousand dollars saved.

After 15 years of student loan payments, Thomas Reher still owed $57,000. “Making ends meet was hard,” she said. “Student loans have kept us driving 15-year-old cars, delayed us getting into a house,” she said.

They didn’t vacation, or even go out for dinner. The loan payments “have kept us from saving for retirement, or saving for our kids’ college now,” she said. The couple has three children.

One morning, she awoke to the good news: Givling would be sending her lender, Navient, $50,000. She first shared the news with her husband.

“We cried happy tears,” she said. “I feel more optimistic about the future now.”

And what will she do with that extra money each month? Put it toward her husband’s student debt. He still owes $65,000.

Apple Music tips and tricks
Drone flies a kidney to a transplant patient for the first time ever
To Top
error: Content is protected !!
Top