Former finance minister Trevor Manuel says he does not need a cent of the R500 000 he was awarded in damages from a defamation suit he won against the Economic Freedom Fighters this week.

Instead, he was keen to donate the money to victims of the VBS Mutual Bank collapse, he said. The bank made headlines in a scandal that saw almost R2bn being looted, impacting some 22 000 depositors, mostly the poor in rural areas.

This after the South Gauteng High Court in Johannesburg ruled in Manuel’s favour on Thursday and ordered the EFF to apologise and remove its “unlawful” statement from all its media platforms within 24 hours. The EFF has since indicated that it would appeal the ruling.

Manuel had hauled the party to court over a defamatory statement it had issued that claimed, as head of the selection panel responsible for interviewing candidates for the top job at the SA Revenue Service, Manuel had favoured the successful candidate Edward Kieswetter.

In an interview with Fin24 on Friday, Manuel said he believed that, among other things, it was important that there was a “balance between free speech and abuse”.

“My interest is to ensure that we have a rational conversation without becoming abusive about it. To each of us, our name is part of our dignity, and in this case,my dignity was undermined,” he said.

He said he believed that the court ruling would send a strong message against abuse, particularly of social media.

“A lot of things get said about people on social media, there has to be some mechanism to stop the abuse. There has to be balance between free speech and abuse.”

The Old Mutual Chairperson said he intends to give the money to a charity that helps victims of abuse, in a process that would be conducted in a transparent manner.

He mentioned that he had his sights on distributing to victims of VBS Mutual Bank collapse.

“These are the people who had very little and worked very hard for their money, only to have it taken away. Now, that is also a form of abuse,” he said.

“Nothing has been finalised yet, but the process would be transparent and not involve consultants or agents.”

The looting of the bank was exposed in a report commissioned by the Reserve Bank and released in October 2018, which found that R1.9bn had been looted from the mutual bank.

Cutting your taxes can cost more than you save. Here’s what to know 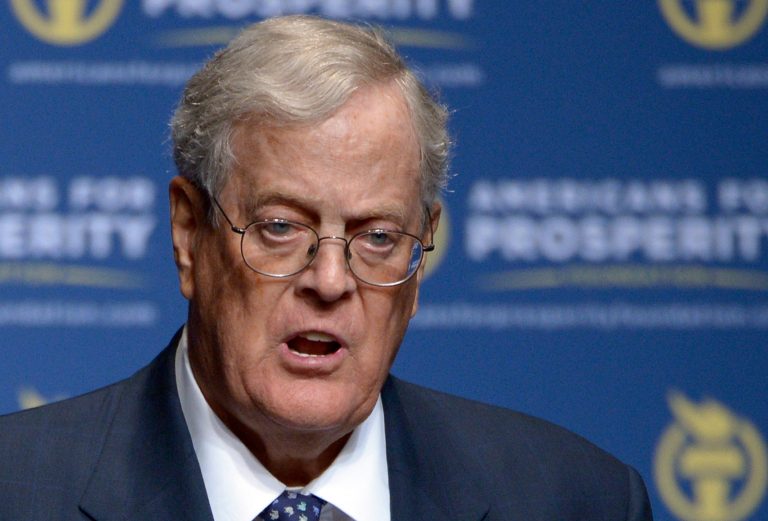 Billionaire leader of Koch Industries was 79