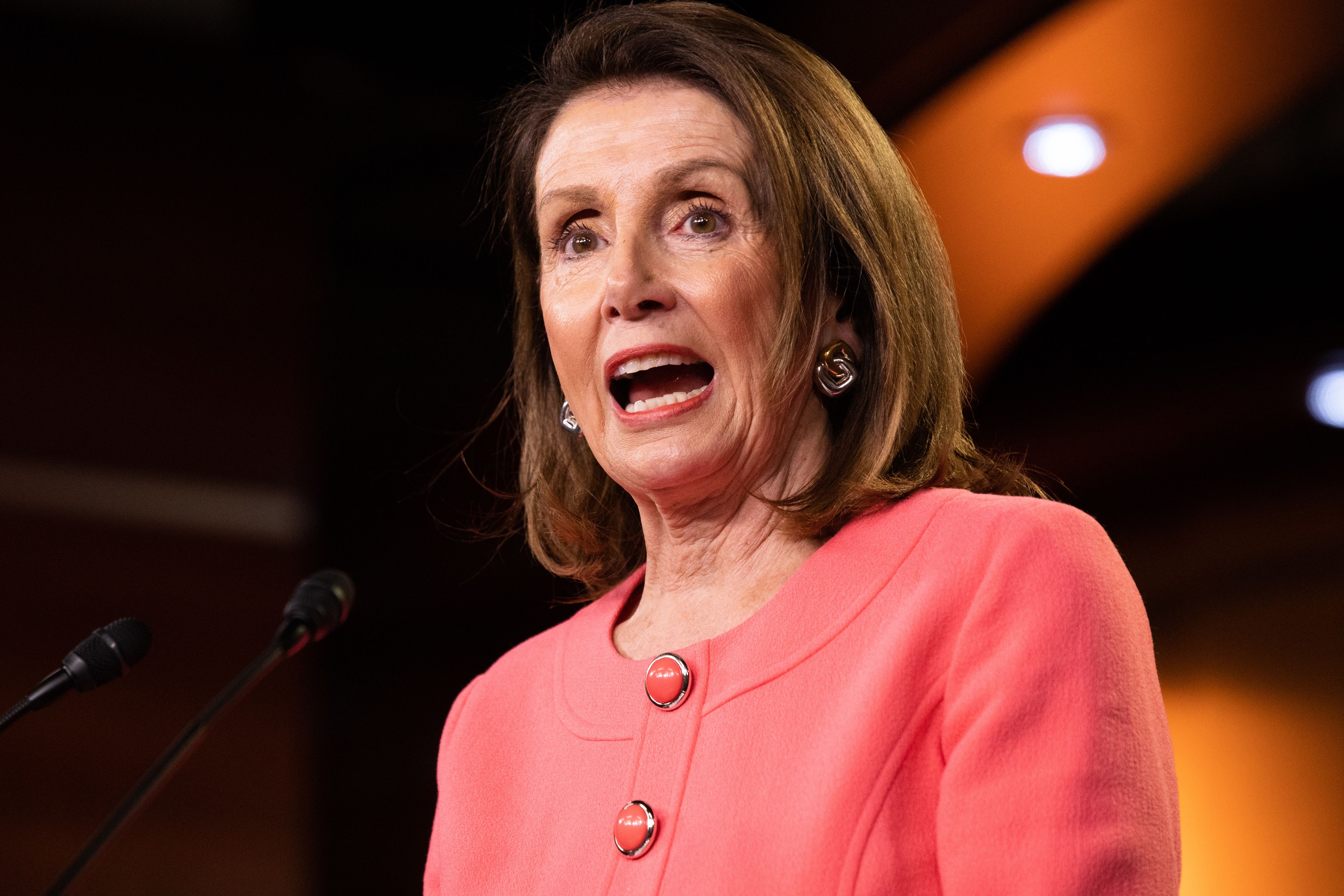 President Donald Trump is “goading” Democrats to try to impeach him because he believes it would help “solidify his base” of supporters, House Speaker Nancy Pelosi said Tuesday.

Pelosi has not been shy about publicly criticizing the president and his administration. But she has shown clear resistance toward the politically fraught prospect of impeaching Trump, even amid growing pressure from her progressive Democratic colleagues to support the drastic move.

“Don’t tell anybody I told you this,” Pelosi said, prompting laughter from a small crowd at an “Inside Congress” event sponsored by Cornell University’s Institute of Politics and Global Affairs.

Pelosi said Trump was dropping that bait because “he knows that it would be very divisive in the country, but he doesn’t really care. He just wants to solidify his base.”

The White House did not immediately respond to Pelosi’s remarks on Trump’s alleged impeachment strategy.

Some Democrats, including Reps. Al Green of Texas and Maxine Waters of California, have long called for Trump’s impeachment. But the debate over whether to impeach the president has moved closer to the mainstream in the wake of special counsel Robert Mueller’s report on Russian election meddling.

The special counsel’s team did not find sufficient evidence to show that Trump’s 2016 presidential campaign had coordinated with the Kremlin, and Attorney General William Barr and Deputy Attorney General Rod Rosenstein concluded from the report that there wasn’t enough evidence to support an obstruction of justice offense against Trump.

But Democrats have pointed to the details in the 448-page report, including 10 instances of potential obstruction cited by Mueller, as evidence of wrongdoing by Trump.

Trump, too, has increasingly railed against the political hot-button topic of impeachment, tweeting about it at least five times in April.

“How do you impeach a Republican President for a crime that was committed by the Democrats?” Trump tweeted April 21.

“If the partisan Dems ever tried to Impeach, I would first head to the U.S. Supreme Court,” Trump wrote three days later.

Despite Trump’s show of apoplexy at the prospect of impeachment, there’s ample evidence to suggest that if the Democratic-controlled House were to actually launch impeachment proceedings against him, they would backfire, and ultimately benefit the president’s reelection campaign.

With polls showing consistently that more than half of American voters oppose impeaching Trump, impeachment is one of a relatively small number of issues on which most Americans say they agree with Trump. This includes independent voters, a crucial voting bloc in any election, but a particularly important one for Trump, whose path to victory in 2020 is narrower than those of his predecessors.

Democrats, however, are equally aware of the polling numbers on impeachment. Prior to discussing the politics of impeachment, Pelosi laid out her vision to “unify” the country, in part by focusing on winning America’s political center and championing issues with broad appeal.

“In terms of owning the center ground, I think the center ground can be owned by the left,” Pelosi said, listing issues such as raising the minimum wage, protecting the environment and preventing “taking babies out of the arms of their parents,” an apparent reference to the Trump administration’s immigration policy.

The subtext was clear, however: Impeachment is not one of the issues that will help Democrats “own the center ground.”

For Trump’s core supporters, impeachment proceedings would reinforce a narrative Trump and his campaign have been promoting since the start of the special counsel probe two years ago: That he is a president under siege.

This is particularly evident in the Trump campaign’s fundraising emails, which in recent months have painted the president as a victim who needs to be defended against an impeachment that, in reality, does not yet exist.

Just this week, the Trump campaign sent out a fundraising email titled, “They want to impeach YOUR President.” It read in part, “Every day, President Trump is facing UNPRECEDENTED obstruction and harassment from the Liberal Mob and their Fake News allies….Please sign your name IMMEDIATELY to stand with President Trump against the baseless impeachment LIES.”

Pelosi described impeachment as a difficult political situation for Democrats, in which the party risks alienating one bloc of supporters on the left if they refuse to impeach Trump, and another bloc of potential supporters in the middle if they proceed with impeachment.

Google Pixel 3a review
Uber, Lyft drivers to go on strike over low wages and benefits
To Top
error: Content is protected !!
Top