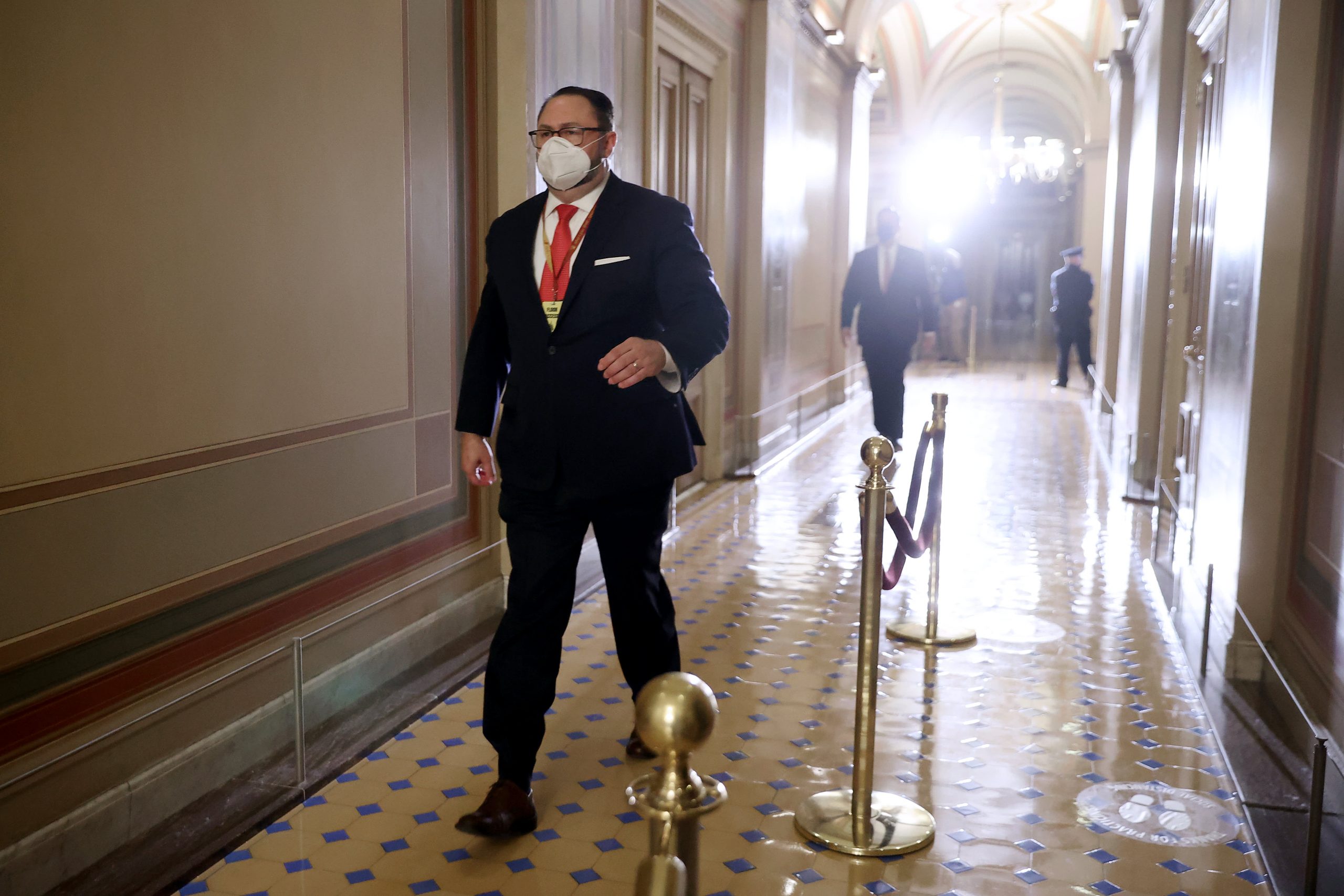 Former senior advisor to President Donald Trump’s 2020 campaign Jason Miller walks through the halls of the U.S. Capitol on the first day of Trump’s second impeachment trial in the Senate on February 9, 2021 in Washington, D.C.Chip Somodevilla | Getty ImagesFormer President Donald Trump’s longtime aide and current spokesman Jason Miller is leaving his role, a source familiar with the plans told CNBC on Thursday.Miller, who has worked for Trump since his 2016 presidential campaign, is letting go of his full-time duties as the former president’s spokesman to become the CEO of a tech start-up, the source said without providing any additional details.No start date or transition timeline has been revealed, and no announcement is imminent, the source said.CNBC PoliticsRead more of CNBC’s politics coverage:But according to the source, the yet-unnamed company owns a social media platform that is “under consideration” by Trump, who has hinted he will join a new social media channel after being kicked off Twitter and Facebook in January following the deadly Capitol invasion.Miller will be the first CEO of the tech company, which has had a platform in development since last year, the source said when pressed for further information about the start-up. Miller will nonetheless stay in Trump’s orbit and will remain an ally of Trump’s team, per the source.It’s unclear who will fill the soon-to-be-vacant role. Margo Martin, another press aide for Trump, referred CNBC to Miller for comment.Miller’s departure comes just over a week after Trump’s personal blog page, which had been active for less than a month, was permanently shut down.That webpage was originally billed as a “communications platform,” but really served merely as a place where Trump could post statements that he was not allowed to share on more popular social media sites.Miller told CNBC at the time that the blog would “not be returning,” and that it was “just auxiliary to the broader efforts we have and are working on.”The spokesman also tweeted June 2 that Trump will indeed be joining another social media platform.Miller had worked on Trump’s 2016 campaign and his presidential transition, and was originally slated to become White House communications director for the new administration.Those plans were scrapped after allegations of an extramarital affair with ex-Trump campaign staffer A.J. Delgado became public.The Trump campaign in 2020 hired Miller for the final stretch of the race, which Trump lost to now-President Joe Biden.