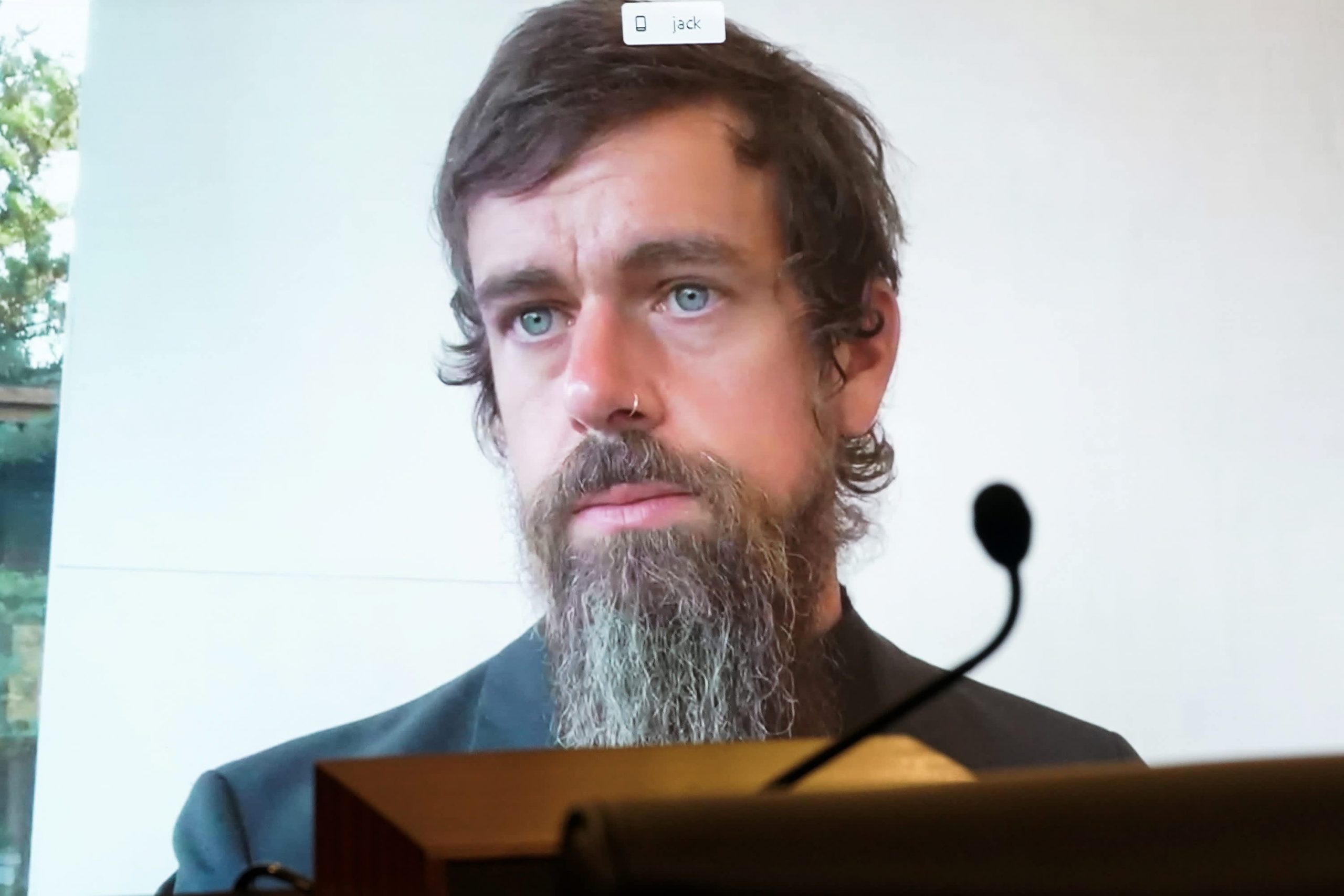 CEO of Twitter Jack Dorsey testifies remotely during the Senate Commerce, Science, and Transportation Committee hearing ‘Does Section 230’s Sweeping Immunity Enable Big Tech Bad Behavior’, on Capitol Hill in Washington, DC, October 28, 2020.Greg Nash | Pool | ReutersTwitter CEO Jack Dorsey said on Wednesday that banning President Donald Trump was the “right decision for Twitter,” but admitted that the internet shouldn’t be controlled by a handful of private companies.In a series of 13 tweets, Dorsey said that online speech resulting in real world harm requires action even if a ban on an account is divisive “and sets a precedent I feel is dangerous.” He wrote that if a company like Twitter makes a decision that people don’t like, they can go elsewhere, creating an inherent check on its power.However, the across-the-board bans of Trump following the Capitol riot raised his level of concern.”This concept was challenged last week when a number of foundational internet tool providers also decided not to host what they found dangerous,” Dorsey wrote. “I do not believe this was coordinated. More likely: companies came to their own conclusions or were emboldened by the actions of others.”Twitter and Facebook took down Trump’s account after last week’s violence at the Capitol, which was incited by the President and his comments on social media. YouTube followed on Tuesday, removing Trump’s last significant online channel for reaching his tens of millions of followers.Meanwhile, the Parler app, used largely by conservatives, has been banned by Apple and Google because of violent content and poor controls around moderation. Amazon Web Services also took away access from Parler.Dorsey said the inconsistent policies and lack of transparency undermine the efforts to create an open internet.”The reason I have so much passion for #Bitcoin is largely because of the model it demonstrates: a foundational internet technology that is not controlled or influenced by any single individual or entity,” Dorsey wrote. “This is what the internet wants to be, and over time, more of it will be.”He referenced an announcement from late 2019, when Twitter said it was funding a small team called Bluesky to come up with “an open decentralized standard for social media.” He said the project is hiring now and will “do the work completely through public transparency.”WATCH: Twitter without Trump

Amazon’s ad business will gain the most share this year, according to analyst survey
Snapchat will terminate Trump’s account on Jan. 20
To Top
error: Content is protected !!
Top