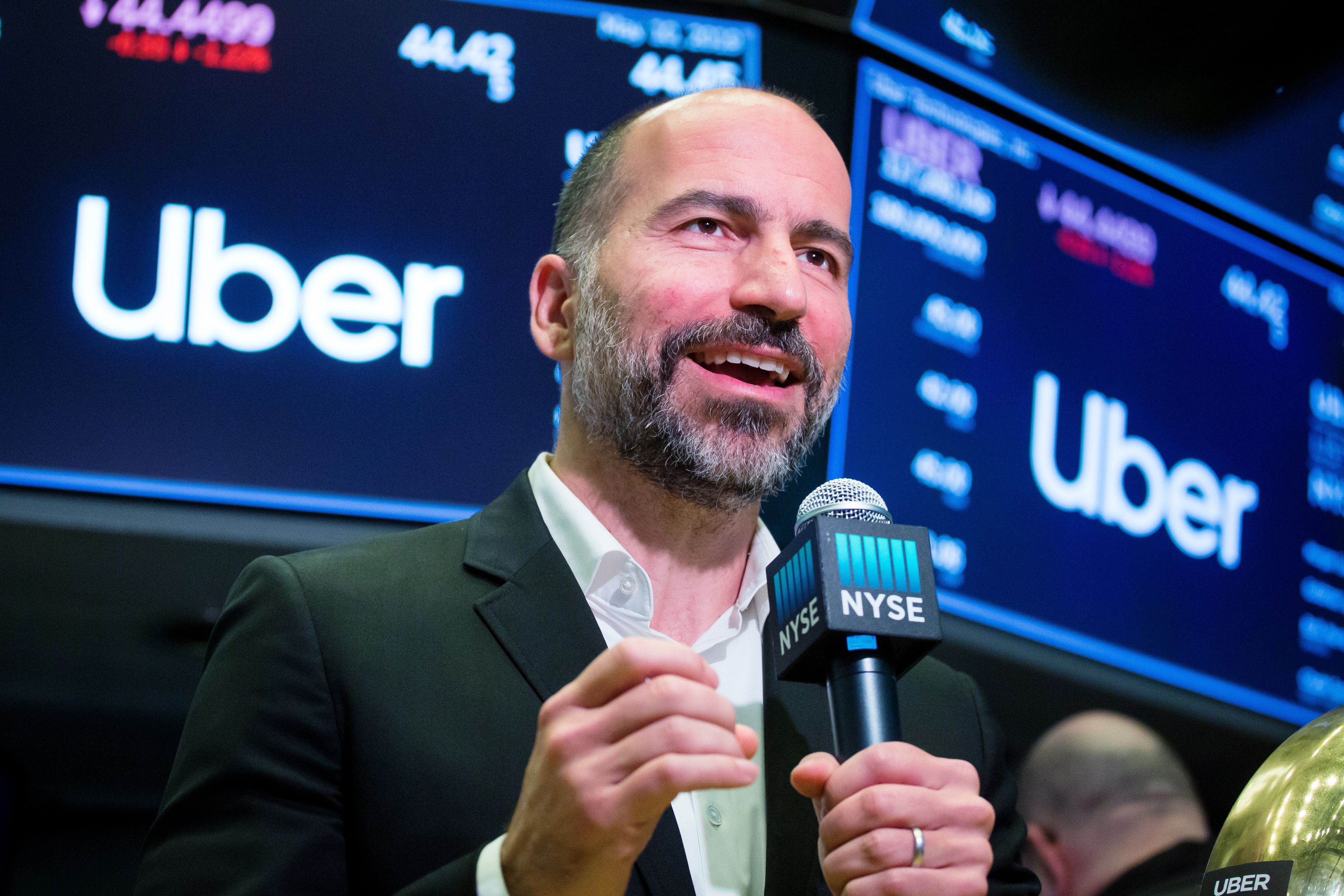 Uber reported earnings for its first time since its public market debut earlier this month, reporting revenue at the top end of its preliminary estimates and roughly matching analyst estimates for net losses.

The stock barely moved on the news of the report but rose more than 3% during executives’ call with analysts as they discussed Uber Eats’ big potential for growth and how it plans to compete with Lyft without spending more money.

Here are the numbers Uber reported for the first quarter of 2019:

Uber’s revenue came in at the high end of its expected range provided in an unaudited filing ahead of its IPO. It marks a 20% increase from the same period last year when Uber reported $2.58 billion in revenue. Uber’s net income fell into the negative compared to its net income of $3.75 billion in the first quarter of last year.

Uber reported gross bookings for the quarter of $14.65 billion, up 34% from the same period in 2018. Gross bookings measures the total dollar value paid for its services including taxes, tolls and fees, but not tips. Uber grew its monthly active platform consumers 33% from last year’s quarter to 93 million.

For the second quarter in a row, Uber reported a negative core platform contribution margin, defined as the amount of profit it makes from its core platform business divided by adjusted net revenue. This quarter, it fell to negative 4.5%, compared to 17.9% during the same period last year.

Analysts and investors have been looking for signs that Uber’s losses could someday turn around. Uber has blamed competitive pressures in the ride sharing market and the cost of signing up drivers and paying restaurants in the case of Uber Eats for its declining net income and take rate, which represents Uber’s core platform adjusted net revenue as a percentage of core platform gross bookings.

On a call with analysts, Uber CEO Dara Khosrowshahi said he likes “what we see on the competitor front in the U.S.,” referencing Lyft’s earnings call where executives said they are beginning to compete more on brand.

“I think that competing on brand and product is, call it, a healthier mode of competition than just throwing money at a challenge,” Khosrowshahi said.

Khosrowshahi said on the call that Uber Eats has the potential to grow significantly and said that if the segment eventually overtakes ride sharing, “that would be an enormous win for us.” He said Uber could consider consolidation with a competing food delivery company if it made sense, but isn’t looking to that as a growth strategy at the moment.

Growth for Uber Eats can be costly for the company, however, since unlike ride sharing, Uber must pay not just the driver but also the restaurant. Uber Eats’ take rate, which the company defines as adjusted net revenue as a percentage of gross bookings, was 7.8%.

Uber saw growth in its core platform revenue across all of the regions it breaks out except for Latin America. In that region, where competitor Didi has been expanding, Uber reported a 13% decline in revenue from $518 million in Q1 of 2018 to $450 million in Q1 of 2019. On the call with analysts, Khosrowshahi said as the company expands its Eats platform in the region, it is positioned as the only company there that offers both rides and meal delivery.

Watch: CNBC’s full interview with Uber CEO Dara Khosrowshahi ahead of its IPO