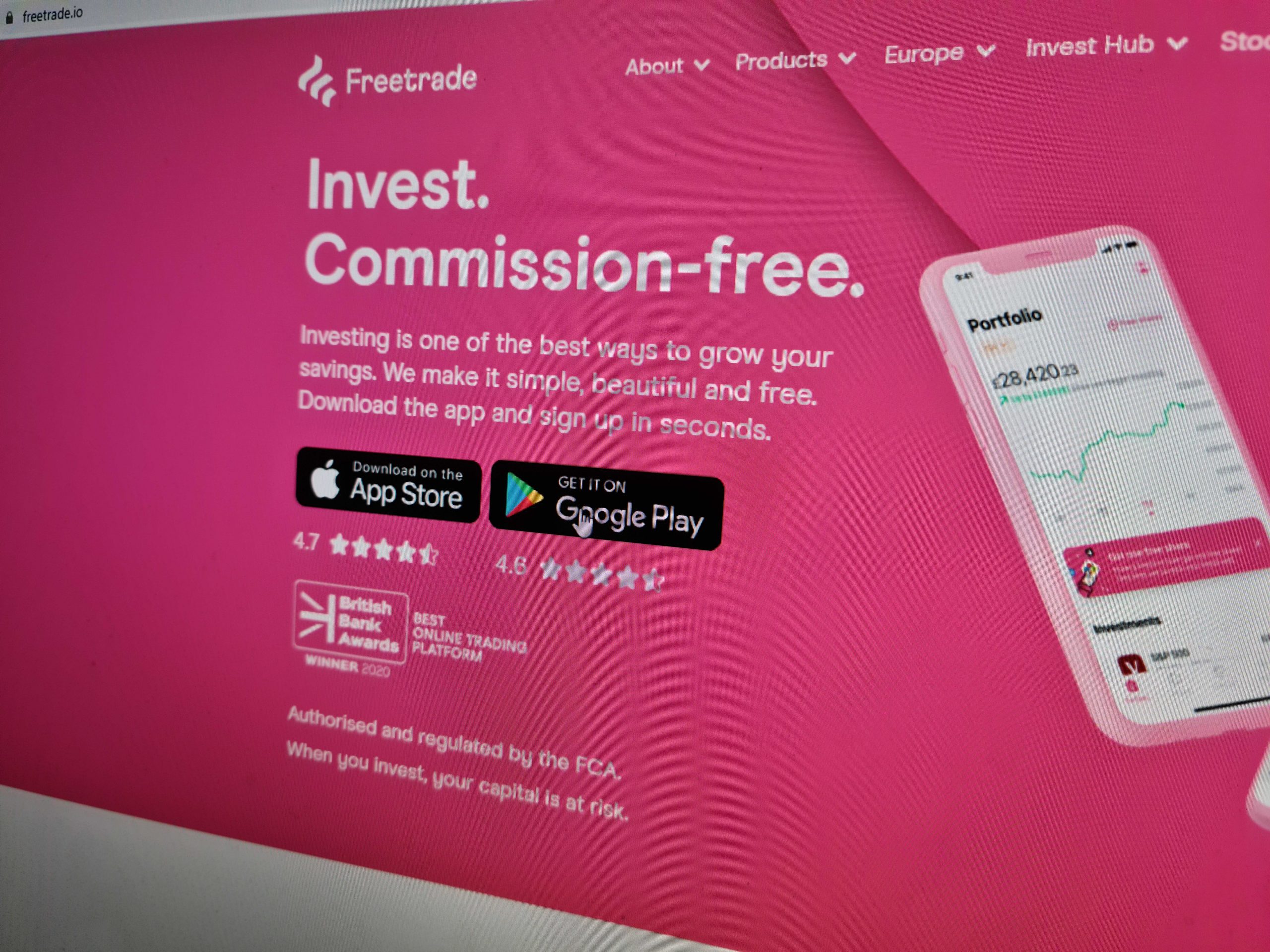 The website of U.K. stock trading app Freetrade.FreetradeLONDON — British share trading app Freetrade told clients Friday that it had disabled purchases of U.S. stocks.Freetrade blamed the halt to U.S. stock purchases on a move by its currency exchange provider and their bank to limit the platform’s trading volume. Freetrade uses U.K. fintech firm Currencycloud for foreign exchange transactions.Barclays made an unexpected decision to significantly limit the volume of foreign exchange transactions it could process for Freetrade, a person familiar with the matter told CNBC. The person preferred to remain anonymous as they were not authorized to speak publicly.Barclays wasn’t immediately available for comment when contacted by CNBC.The move affects buy orders that were placed ahead of the U.S. market open, Freetrade said, while sell orders will also be restricted for a short period of time at the market open.”We received no warning of what we consider an extremely poor decision,” Freetrade’s co-founder and CEO, Adam Dodds, said in a statement Friday. “We are deeply unhappy with this decision and we are doing everything possible to rectify the situation.””Due to high volumes, we will not be able to respond to individual queries about this at this time,” Dodds added.Freetrade, which has more than 300,000 users, says it’s experienced a surge in activity this week as a result of wild volatility in equity markets.A number of heavily shorted stocks, including GameStop and AMC, have skyrocketed this week as a gush of amateur investors inspired by the Reddit community WallStreetBets piled into such names, resulting in massive losses for some hedge funds.U.S. investing app Robinhood on Thursday was criticized by users after restricting trading in 13 stocks, including GameStop and AMC. The firm subsequently said it would resume trades in those securities.Robinhood said its decision to restrict trading was necessary in order to comply with capital requirements mandated by the U.S. Securities and Exchange Commission for broker-dealers.”These requirements exist to protect investors and the markets and we take our responsibilities to comply with them seriously, including through the measures we have taken today,” the firm said.Robinhood also restricted trading in cryptocurrencies on Friday, halting instant deposits for crypto purchases “due to extraordinary market conditions.” The move came as bitcoin and meme-inspired token dogecoin saw huge rallies.The SEC on Friday said it was reviewing “extreme price volatility of certain stocks” and would “act to protect retail investors” from potential market abuse or manipulation.

Reddit’s CEO has a colorful nickname for the Redditors who ruin it for everyone
Facebook strikes back against Apple privacy change, prompts users to accept tracking to get ‘better ads experience’
To Top
error: Content is protected !!
Top