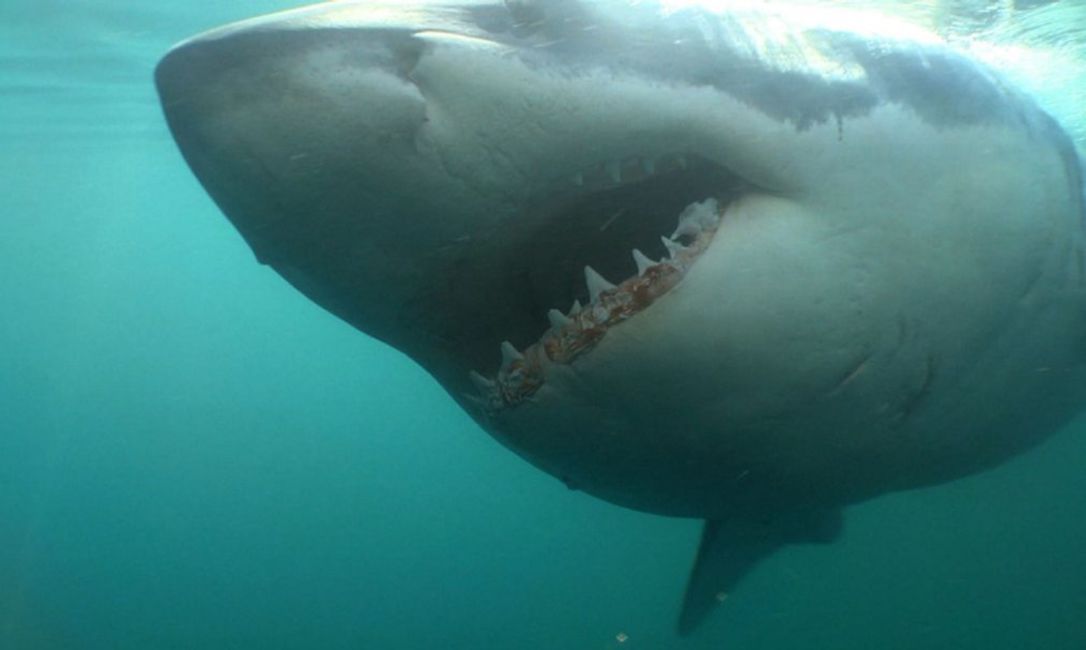 On Tuesday the South African government announced it will be installing the world’s first shark-repellent electromagnetic cable to protect swimmers along the end of the Busselton Jetty, a shark attack hot spot and one of Western Australia’s most famous landmarks.

The 150-meter-long pulsing cable, expected to be installed by late December, will be fixed to the seafloor, with vertical risers supporting electrodes that emit a low-frequency pulsed electronic signal that proved 100% effective in turning away at least 50 sharks during its four-week trial at a Cape Town beach in South Africa. The state government will contribute $50,000 toward the shark cable, while the South African government will pay for 90% of the installation at Busselton.

The South African Sharks Board chose Western Australia ahead of other locations because of its recent history of shark attacks, with 20 unprovoked incidents last year alone.

This puts Western Australia second behind the U.S. — at 32 confirmed cases and one fatality — for the number of recorded shark attacks in 2018.

Yet while tech alternatives seem promising, local officials — especially in Cape Cod, Massachusetts, where the waters have become a feeding ground for these fearsome predators — believe it could provide swimmers with a “false sense of security.”

Sightings of great whites off the shores of Cape Cod are a daily occurrence: Since June 1 the Atlantic White Shark Conservancy’s sharktivity app indicates there have been more than 160.

“When we are lucky enough to actually get eyes on a shark, it really is no surprise,” said Nate Sears, natural resources manager for the town of Orleans, an area whose beaches have already been closed 12 times since mid-June due to confirmed shark sightings.

These encounters have not been without incident. Last August William Lytton was bitten on the leg by a white shark while swimming in 8 to 10 feet of water in Truro. The 61-year-old Scarsdale, New York, neurologist instinctively punched the shark in the gills to fend him off. Weeks later a 26-year-old Revere, Massachusetts, man was killed boogie-boarding off Newcomb Hollow Beach in Wellfleet. In 2017 a paddleboarder was about 30 yards offshore of Marconi Beach in Wellfleet when a shark took a bite out of his paddle board. The encounter took place in about 3 feet of water.

This photo of a paddle boarder, unaware that a great white shark was swimming beside him, was taken by a spotter plane just north of Nauset Beach on July 29, 2018.

Now officials in Cape Cod are desperately searching for solutions — and getting a huge response from tech companies and savvy entrepreneurs pitching ideas on everything from high-powered speakers with sirens and voice capability that would warn swimmers to “Evacuate the water,” to acoustical barriers that would chase away the gray seals (which the sharks come to feed on), to orca vocalizers and electronic zappers. The Barnstable County Board of Regional Commissioners says they are inundated with high-tech solutions.

In February a shark working group comprised of representatives from Chatham to Provincetown, the Cape’s six Atlantic-facing towns; the National Park Service; scientific stakeholders; and the offices of state Sen. Julian Cyr, D-Truro, and state Rep. Sarah Peake, D-Provincetown, hired the Woods Hole Group — an international environmental services and products organization headquartered in Falmouth, Massachusetts. The objective: to produce a nearly $50,000 study of alternatives to protect the public from sharks. The report is expected to be delivered sometime in September.

Yet unless these alternatives can be proved 100% effective, some local officials are not convinced that tech is the answer. In fact, according to Sears, implementing technology could create a “false sense of security for the public.”

“Once you deploy something like this and you don’t have any incidence — say, for a period of time — the general public’s going to feel that technology may have been responsible for that, and it’s really hard to gauge whether that’s accurate or not,” he said. “Truly, the only way you minimize the chances of interactions continuing to happen is for the public to change their behavior.”

Policing the beach remains a priority. “We keep people at knee- to waist-deep water, we don’t let them off the sandbars if water clarity isn’t optimum, and there’s times we don’t even let people in the water if the tide’s really high and there is a deepwater trough right adjacent to the shoreline,” Sears said. The towns also are continuing to push a public awareness campaign, using signage to warn beachgoers to be “shark smart” and installing severe bleeding first-aid kits at beaches to get help to victims immediately should the unthinkable happen. The towns also run Stop the Bleed training programs, which almost always have a waitlist.

Severe Bleeding First Aid kits have been installed along the six Atlantic-facing beaches of lower Cape Cod in case of an attack.

“Generally, most white shark bite victims survive because of first aid initiated by bystanders. We have a lot of remote beaches in Orleans, and it’s unlikely that if someone is suffering from massive hemorrhaging associated with a white shark that our first responders will be able to get there in time,” Sears said.

Amanda Wilson, the general manager of Australia-based Ocean Guardian, the company whose patented Shark Shield technology is powering the cable that will be installed in the Busselton Jetty, says the culture in Australia has changed from one that “deals with the sharks” to one that needs to be proactive in protecting swimmers. This came after five people were killed there by great whites in a span of 18 months between 2012 and 2013.

Before then, she said, Australians thought differently about the great whites, but “things have definitely escalated in the last five years.”

Wilson met with the Woods Hole Group in June to introduce the company’s patented Shark Shield technology and discuss how it can offer protection to swimmers on Cape Cod. She explained that sharks have short-range electrical receptors in their snouts that are used to find food. Their Shark Shield technology creates a powerful three-dimensional electrical field that causes spasms in these sensitive receptors and turns the sharks away.

Ocean Guardian has developed a number of handheld and belt-mounted devices that send out these tiny electrical currents and can be attached to surfboards, kayaks and fishing boats. Wilson claims that studies have proved their devices to be 99.9% effective in protecting against great whites.

In 2018, after the fatality in Wellfleet, several surf shops on Cape Cod began stocking the devices, and surfers, kayakers and swimmers are snatching them up.

The Ocean Guardian Freedom + Surf Mini device attaches to a surfboard to ward off sharks. Its Shark Shield technology produces a powerful three-dimensional electrical field that causes safe but unbearable spasms in the sensitive receptors of a shark’s snout, making them turn away.

“Our sales have increased 100% over last year,” said Wilson, adding that the Freedom7, which sells for $499, is its most popular product.

Other solutions being reviewed by the Woods Hole Group include one by Cape Cod residents Kevin McCarthy and Willy Planinshek, co-founders of Deep Blue LLC, although theirs is still in the concept stage.

In late May the two men proposed their Marine Acoustic Deterrent Systems to the Barnstable Board of County Commissioners. Also known as MADS, the system would use sound waves to divert seals and sharks away from the Cape’s offshore swimming areas. The idea, McCarthy said, is to ping the seals with a sound frequency from an anchored buoy that would irritate the seal’s inner ears, sending them swimming off in a different direction. A second deterrent would feature an orca vocalization chamber to alert great whites that their predator is nearby.

“The thought is that if the gray seals aren’t there, you are removing the food source and the white sharks wouldn’t come in,” said McCarthy. But he contended that “the towns were completely unreceptive to the idea. The pushback has been huge — from the environmental community, saying that we shouldn’t do anything at all to the gray seals or the white sharks, to the towns expressing concern about liability.”

This is a very dynamic place. … We are fully exposed to the wrath of the North Atlantic, and the conditions that we see throughout the year will challenge even the most robust technologies.

manager, natural resources for the town of Orleans

“Stop the Bleed and the first-aid kits is all good stuff and it’s all needed. But again, this is something that gets done after a tragic event. Our objective is to stop the event from occurring,” McCarthy said.

“There’s definitely some pilot programs that are going to need to happen. My concern is that they can’t be associated with public safety in the beginning, because they are not conclusive yet,” Sears said. “They are trying this stuff all over the world, and very few of it has been proven to be effective.”

He added: “This is a very dynamic place. The sandbars are always changing. The people that are putting themselves most at risk are the surfers, and I grew up surfing around here. You are constantly searching for the best sandbar and the best wave break. Well, it’s always changing, so there’s not one definitive place where you can choose to deploy a technology. So it’s really important for people not to oversimplify this issue.

“As far as tech goes, the town of Orleans is dedicated to investigating anything that’s out there. But nowhere in the world that has similar issues with sharks have they been able to solve this problem with tech yet. We are fully exposed to the wrath of the North Atlantic, and the conditions that we see throughout the year will challenge even the most robust technologies.”