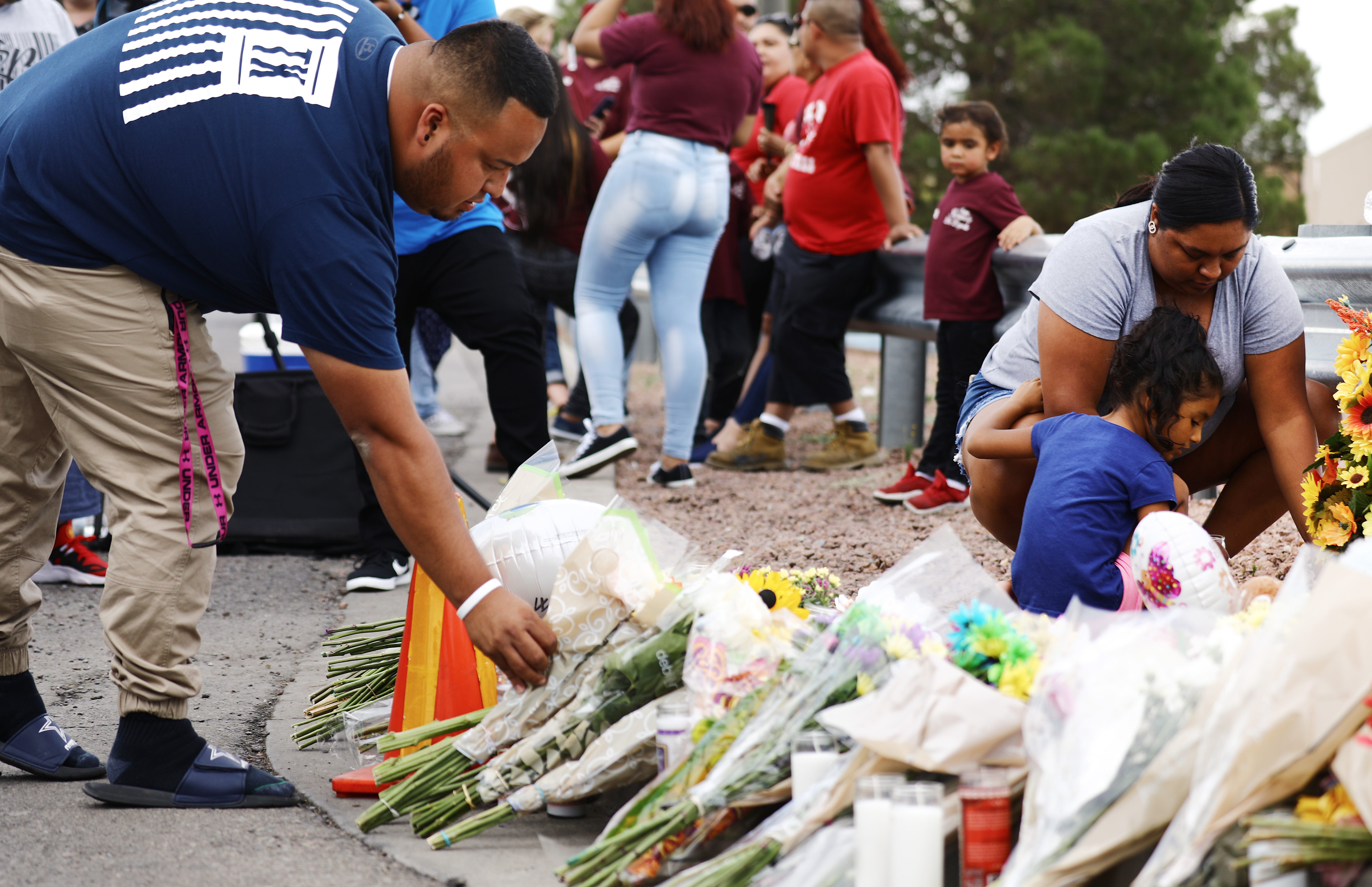 Two days after a mass shooting left 22  people dead at one of its stores in El Paso, Texas, Walmart says it’s not going to stop selling guns, though some gun control advocates are calling on it to do so.

‘’There’s been no change in policy,” Walmart spokesman Randy Hargrove said, adding that the retailer has been focused on caring for customers and employees in the El Paso community.  “It’s horrible … what’s happened.’’

But at least one gun control advocate said that if Walmart stopped selling firearms and adopted other measures, such as gun buybacks, the nation’s largest retailer could dramatically shift the gun debate.

After calling Walmart “the largest retailer of firearms in the world” in an earlier tweet,  Igor Volsky, founder of the group Guns Down America, told MSNBC that “Walmart is such a major player … that if they really decided to lean into this issue, we could see some real change. We should all call on Walmart to do that.’’

In what was the first of two mass shootings this weekend that rocked the nation and gave even greater urgency to conversations about gun control as well as the rise of white supremacy in the U.S., a gunman entered a crowded Walmart in El Paso, Texas, and opened fire. He killed 22  people, and injured 24  more.

That shooting came mere days after two people were shot and killed in a Walmart store in Southaven, Mississippi, south of Memphis.

‘One of the lowest points in American history’: El Paso struggles to recover from mass shooting

That same week, three people were shot and killed at the Gilroy Garlic Festival in California.

And the day after the mass shooting at the El Paso Walmart, another occurred in Dayton, Ohio, leaving nine dead and 27 hurt.

Walmart has taken actions previously to curtail the sale of ammunition and guns. In the early 1990s, the retailer stopped selling handguns. They’re only available for sale in Alaska. In 2015, it halted sales of modern sporting rifles, and three years later it prohibited sales of firearms to anyone under 21.

Walmart says that it has put strict rules in place around firearm and ammunition sales.

But some activists and others say the retailer needs to do more.

Actress Alyssa Milano took to Twitter the day of the shooting to say “Hey, @Walmart! This would be a great opportunity for you to take a true leadership position and stop selling guns.”

“They’ve been a good corporate actor on this issue,” said Watts, adding that in the wake of this weekend’s shooting, Walmart also warrants sympathy as a company of gun violence survivors. “In addition to going above and beyond on requirements when selling guns, they stopped selling semi-automatic rifles in 2015.”

But, Watts says, “the one thing we’ve asked them for a long time is that they stop allowing open carry inside their stores,” referring to ability in some states to openly display and carry a weapon. “The next time … a person walks through the door with a firearm, there shouldn’t be any question whether he is a threat.”

Watts’ organization has made a similar request of at least twelve other restaurant chains and retailers including Chipotle and Starbucks, who have complied. “We hope that soon Walmart will join the rest,” she says.

Other gun sellers have taken actions to limit firearm or ammunition sales, specifically in response to previous mass shootings.

Dick’s Sporting Goods banned sales of assault-style weapons across all its stores after the Parkland, Florida, school shooting in February 2018, and also discontinued sales of high-capacity magazines and sales of guns to anyone under the age of 21.

“As we looked at what happened down in Parkland, we were so disturbed and saddened by what happened, we felt we really needed to do something,” Dick’s CEO Ed Stack told Good Morning America’s George Stephanopoulos in an interview at the time.

Dick’s had ended sales of assault-style weapons at its branded stores in 2012, after the Newtown, Connecticut, school shooting. But the company had continued selling such weapons at its 35 Field & Stream locations, which specialize in hunting and outdoors products.

According to NSSF’s analysis of the FBI’s National Instant Criminal Background Check System (NICS), national background checks for firearms, which is considered a rough proxy for sales, fell by 16.5% from 2016 to 13.1 million 2018.

The sales slump has contributed to financial trouble at gun companies. In 2018, Remington Outdoor Co. filed for Chapter 11 bankruptcy as it grappled with sales declines.

And this year, SportCo Holdings, the parent company of firearms distributor United Sporting Co., filed for bankruptcy and announced plans to liquidate.

In a court filing, SportCo acknowledged that it had invested heavily in expansion in anticipation of the Democratic nominee Hillary Clinton prevailing in the 2016 election. There was an “anticipated … uptick in firearms sales historically attributable to the election of a Democratic Presidential nominee,” SportCo CEO Bradley P. Johnson said in the filing.

But when Trump won, the company’s sales cratered and it was stuck with too much inventory. Gun customers, apparently not worried about the prospect of new gun control laws under the Trump administration, pulled back.