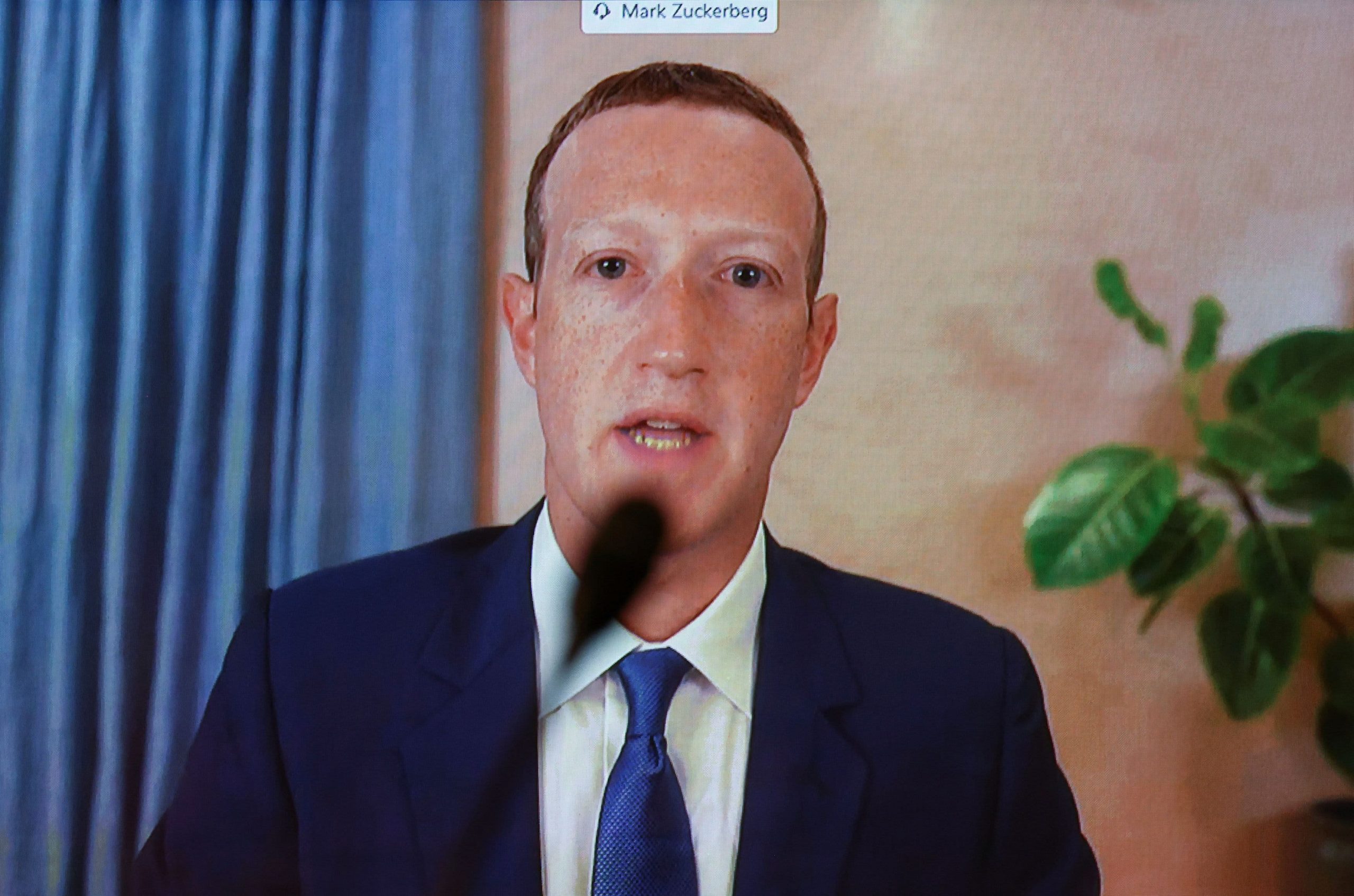 Facebook CEO Mark Zuckerberg is seen testifying remotely during a Senate Judiciary Committee hearing titled, “Breaking the News: Censorship, Suppression, and the 2020 Election,? on Facebook and Twitter’s content moderation practices, on Capitol Hill in Washington, U.S., November 17, 2020.Hannah McKay | ReutersHouse Democrats are demanding answers from Facebook on how it targeted ads for gun accessories next to misinformation about the election and news about the Jan. 6 riot at the U.S. Capitol.In a letter sent to Facebook CEO Mark Zuckerberg on Monday, 23 lawmakers on the House Energy and Commerce Committee asked how Facebook makes sure weapons-related ads are not targeted in ways that could harm public safety. The lawmakers also asked whether companies who advertise on Facebook are notified when their ads are placed next to misinformation or violent content.Following the insurrection at the Capitol earlier this year, Facebook temporarily suspended ads promoting weapon accessories and protective equipment through Inauguration Day. The decision followed a BuzzFeed report that found such ads were running next to misinformation about the election and news about the riot. The lawmakers called Facebook’s decision to suspend such ads “a good first step,” though they pointed to a report saying users still received ads for the supposedly banned weapons accessories after that policy took effect.The lawmakers also called on Facebook to provide greater transparency to their advertisers on the context in which their promotions would appear to users.”Facebook should inform advertisers about surrounding content, and make the necessary changes to guarantee that Facebook and companies’ ad dollars are not further supporting or sowing seeds of hate and distrust throughout the country,” they wrote.The lawmakers said Facebook “has a moral obligation to take action regarding ads that stoke aggression. We also believe Facebook has a moral responsibility to provide transparency and tools to advertisers so they can avoid supporting purveyors of misinformation and disinformation, and promoters of violence.”Facebook did not immediately respond to a request for comment.WATCH: The big, messy business of content moderation on Facebook, Twitter, Youtube