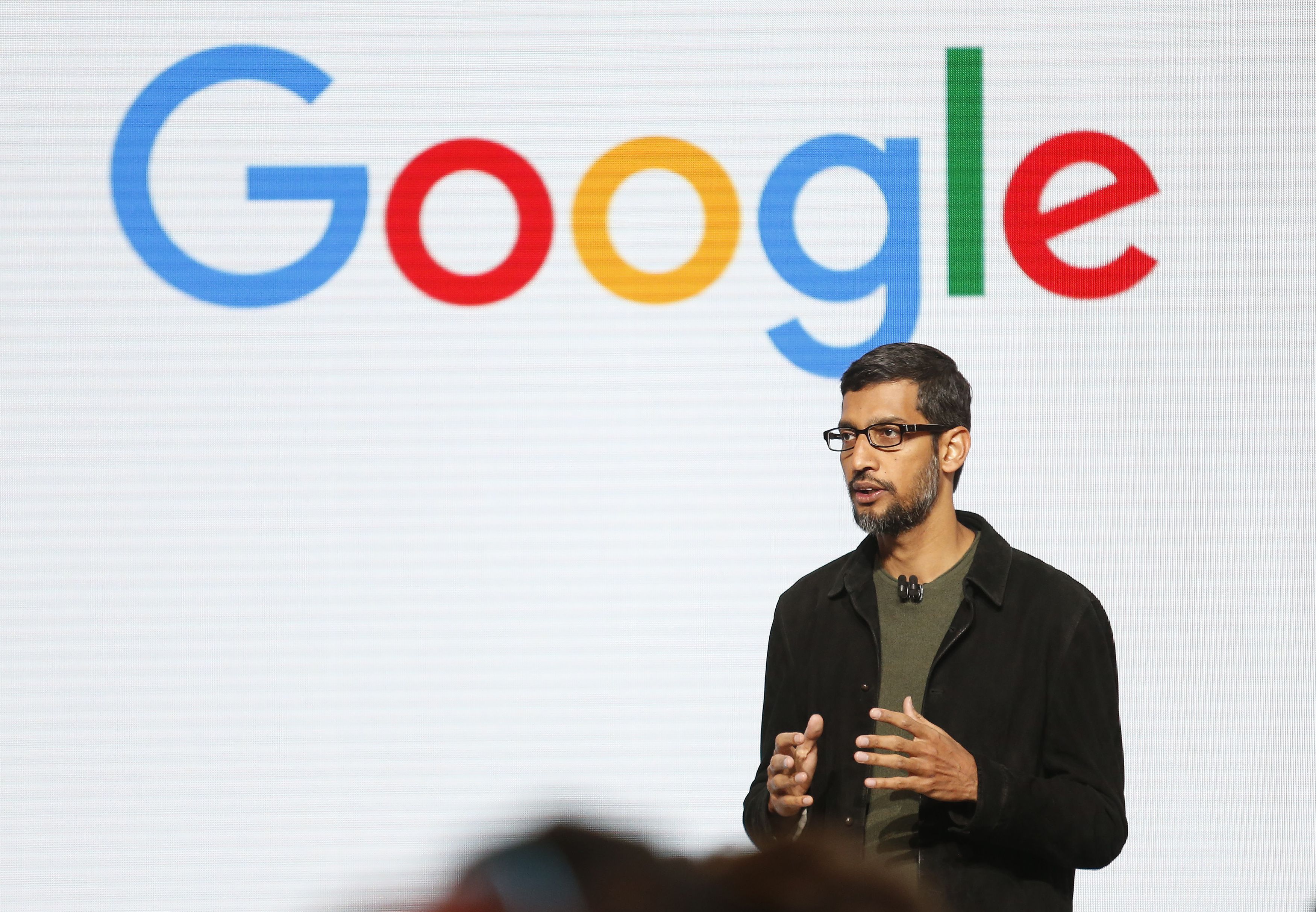 Google CEO Sundar Pichai takes the stage during the presentation of new Google hardware in San Francisco on Oct. 4, 2016.

The stock dropped 7.5% Tuesday, shaving more than $67 billion from its market cap, which now sits at $833.5 billion. The slide was the worst for Alphabet or Google since October 2012 when the stock dropped 8.01%. (In 2015, Google changed its corporate name to Alphabet in a restructuring.)

Alphabet’s stock began to plunge after hours on Monday on fears of decelerating growth of Google’s advertising revenue. The company reported 15% growth in ad revenue for its first quarter of 2019, compared to 24% the previous year. In notes following the report, analysts complained about what they perceived as the company’s lack of transparency around the slowdown.

“Overall, we expect GOOGL shares to be under pressure in the near-term given sub-20% revenue growth & downward earnings revisions. As noted above, the exact drivers of GOOGL’s slowing topline are unclear, & we believe frustration around GOOGL’s lack of transparency will only increase,” J.P. Morgan analysts wrote.

Alphabet CFO Ruth Porat partly blamed deceleration of click growth on YouTube for the slowdown on a call with analysts Monday following the report.

“While YouTube clicks continue[d] to grow at a substantial pace in the first quarter, the rate of YouTube click growth decelerated versus what was a strong Q1 last year reflecting changes we made in early 2018, which we believe are overall additive to the user and advertiser experience,” Porat said.

Although Porat did not specify the changes YouTube made, the company has made a number of alterations in recent months to respond to abuse of its platform. The company began tweaking its algorithms to curb recommendations of harmful content in the first quarter of 2018 and removed millions of videos that have violated its content polices, such as those by Alex Jones.

Correction: This story and headline originally misstated the last time Google’s stock dropped at least as much as it did on Tuesday. The correct date is October 18, 2012.