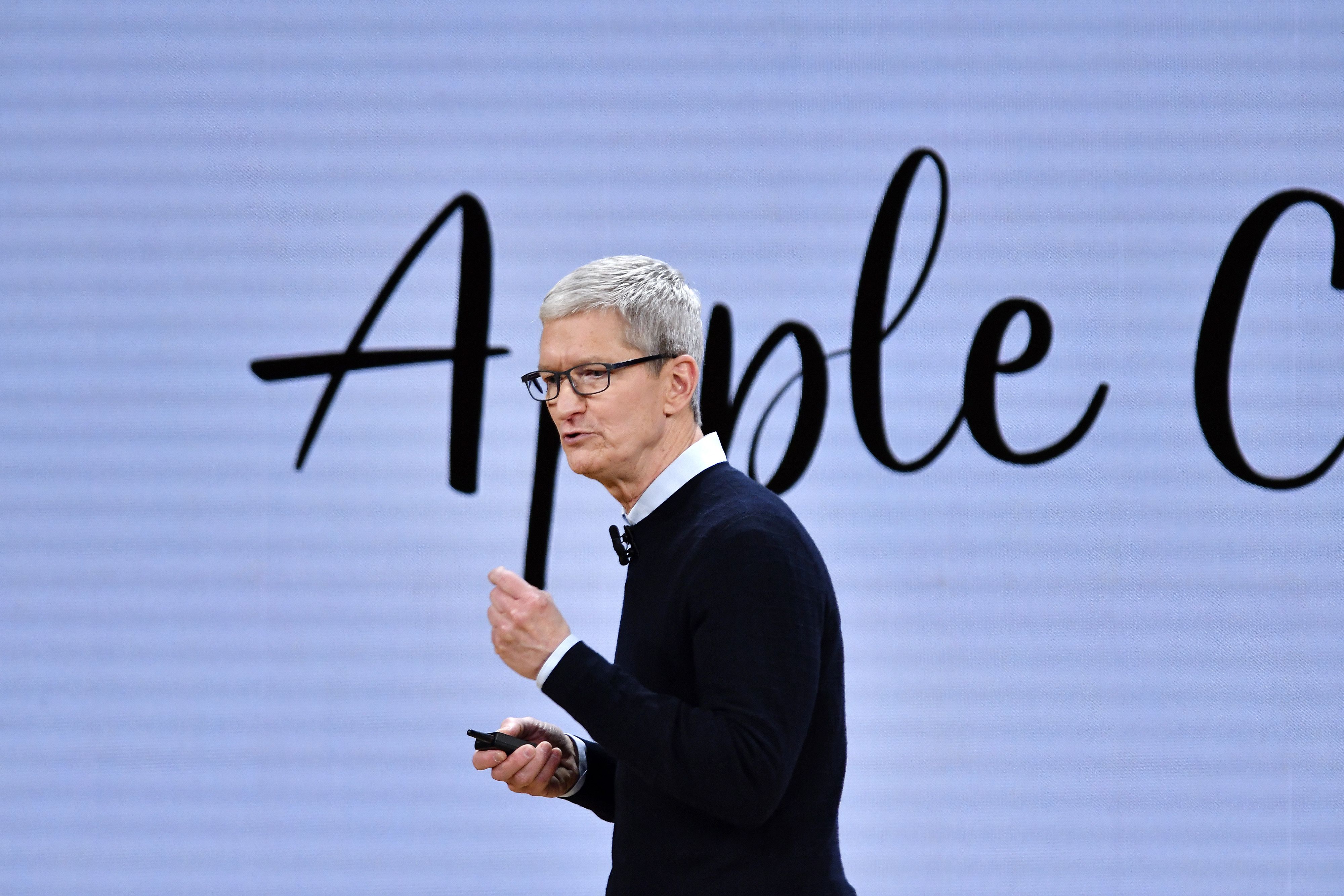 Tim Cook, chief executive office of Apple Inc., speaks during an event at Lane Technical College Prep High School in Chicago, Illinois, U.S., on Tuesday, March 27, 2018. Apple is making announcements in a bid to win back students and teachers from Google and Microsoft Corp.

Apple now has $225.4 billion cash on hand, according to the company’s fiscal second-quarter earnings report released on Tuesday.

That’s less than last quarter, when it reported a cash pile of $245 billion.

While Apple continues to be among the most cash rich companies in the world, it does have aggressive expansion plans that will require putting some of that money to work.

Apple is investing $1 billion in a new campus in Austin, Texas, where it will eventually employ 15,000 workers. It’s also building new locations in Boston, Boulder, Portland, New York, Seattle, Culver City (CA), San Diego and Pittsburgh. That’s part of the $350 billion Apple promised to contribute to the U.S. over five years, including some that will come through taxes on repatriated cash.

Investors continue to look to Apple for buybacks and dividends as well. The company is authorizing a further $75 billion cash return through a share repurchase. Last year, the iPhone maker spent $74.2 billion buying back its own shares — up from a total $34.4 billion in 2017. It’s also raising its quarterly dividend to 77 cents a share from 73 cents.