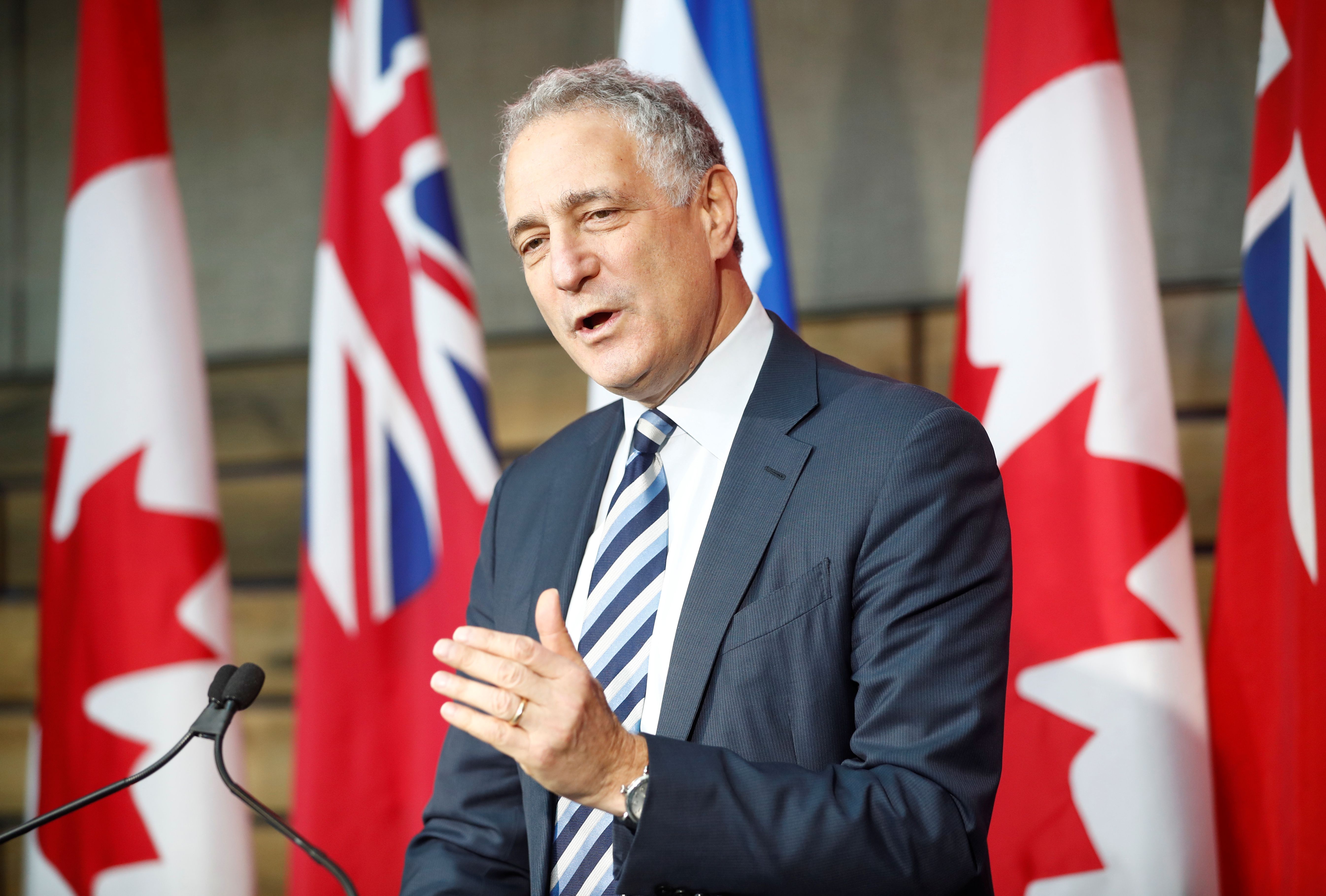 Sidewalk Labs CEO Dan Doctoroff speaks during a press conference where Alphabet announced it will develop an area of Toronto’s waterfront on October 17, 2017.

The first buildings in Alphabet’s first smart city project could open as soon as 2023, the project’s lead said Wednesday at the Collision Conference in Toronto.

Sidewalk Labs founder and CEO Dan Doctoroff laid out the new time frame for the project aiming to create a more affordable and sustainable urban area on Toronto’s waterfront. Sidewalk Labs is a subsidiary of Alphabet, which is also Google’s parent company.

The project has raised public alarm, not unlike that in New York City following Amazon’s decision to move its second headquarters there. Local officials and activists in Toronto have raised concerns about how Sidewalk Labs could collect a massive trove of data and have criticized the amount of public land the company seeks to develop.

Doctoroff, a former New York City deputy mayor for economic development, assured the audience Wednesday he shares the public’s concern over data collection. He said Sidewalk Labs has proposed an independent, government sanctioned trust control that aspect of the project. But it seems that public opposition and perhaps standard government bureaucracy has delayed the project’s original timeline.

In an interview published in April 2018, Doctoroff told Reuters that he hoped to break ground on the project in 2020 and move in the first residents as early as 2022. Doctoroff still hopes to break ground toward the end of next year, he said on Wednesday, but now believes the first buildings will open around the end of 2023 or early 2024 in the best-case scenario. Sidewalk Labs plans “to open up a whole set of [buildings] at the same time,” he said. The project is subject to approval from multiple levels of government, and Doctoroff anticipates several months of negotiations to approve the project once they submit a proposal next month.

“These things take time, but that doesn’t mean we can’t begin to see the real fruits from a quality of life benefit perspective within a few years after the place opens up,” Doctoroff said.

Once the project reaches a more mature stage, he said, Sidewalk Labs’ sister company Google will move in.

“We would significantly expand Google’s presence in Toronto and move the head Canadian headquarters down to the waterfront,” said Doctoroff. Google’s presence would serve “as a catalyst to economic development” as locals begin to utilize the previously underused space, he said.