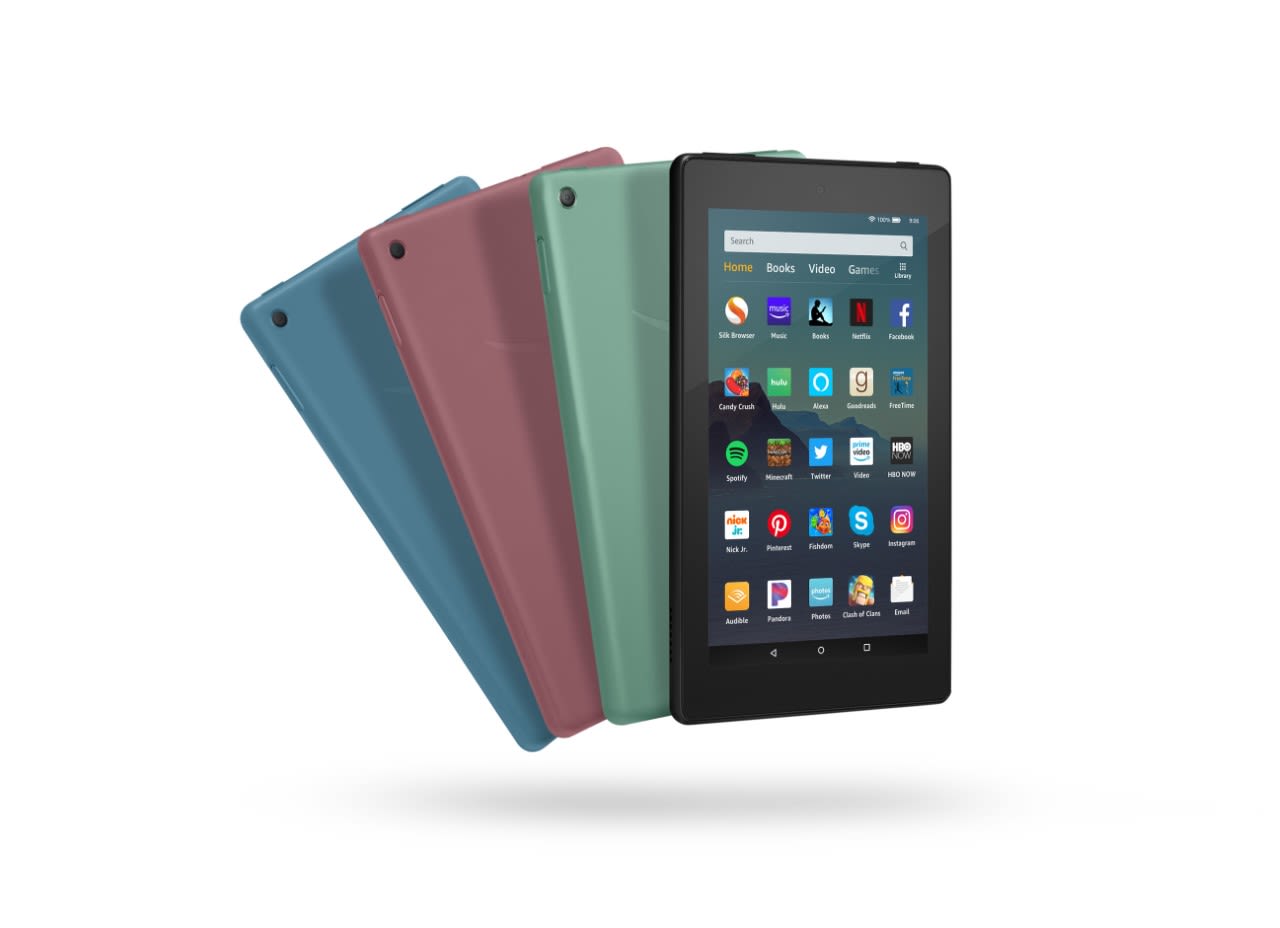 Amazon on Thursday announced a new version of its Fire 7 tablet. Like the previous model, this one only costs $49.99 and is available for preorder now before it begins shipping on June 6.

Amazon’s Fire tablets have long offered a cheap alternative to products such as iPads and provide easy access to Amazon’s ecosystem of products, including its Alexa voice assistant, Prime Video, Prime Music, the company’s app store and Amazon.com. For comparison: Apple’s newest iPad Mini is about the same size, but costs $399.

The new Fire tablet model now ships with twice the storage, which means you get 16GB on the base version instead of just 8GB, and the company kept a microSD card slot so you can always add more. Amazon will also sell a 32GB version. Amazon said this model now supports Alexa hands-free, so you can call up Alexa by just speaking to the tablet. It’s also resistant to spills and drops, the company said.

Amazon’s Fire tablets can be a good bang-for-your buck alternative to iPads. Its Fire HD 8 has a sharper screen and longer battery life, but costs $80. There’s also a 10.1-inch model with a 1080p display and 32GB of storage, which costs $149.99. The Fire HD 8 and Fire HD 10 were not updated on Thursday, however. If you have more to spend, check out Apple’s 9.7-inch iPad or the new iPad mini, which are faster and have more apps.

The Fire 7 tablet will ship in four colors, including black, blue, plum and sage. Amazon will also sell a special Fire 7 Kids Edition for $99.99 that ships with a “kid-proof case.” It also comes with a year of Amazon’s FreeTime service, which has a library of kid-friendly games, apps, books and videos.