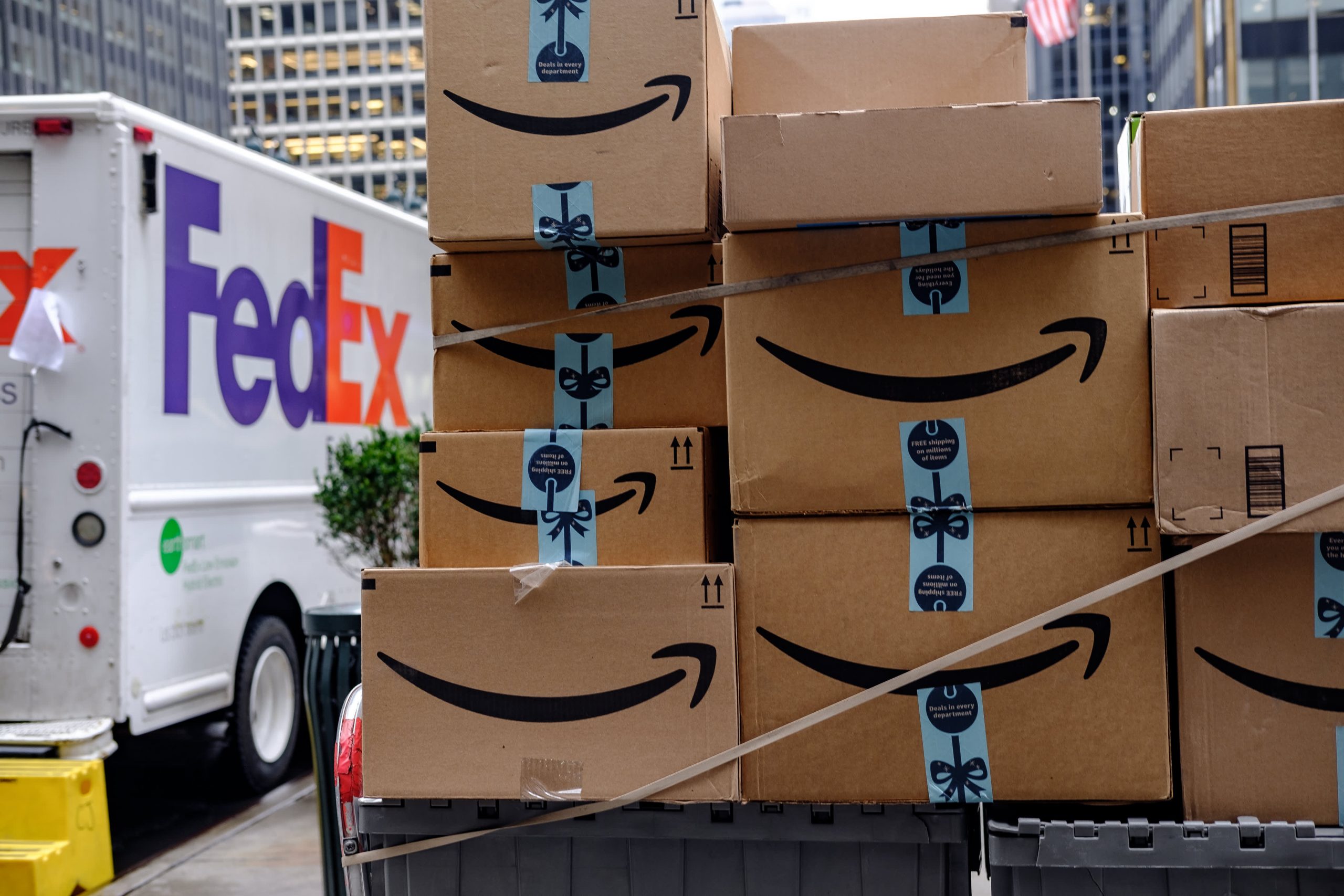 An Amazon seller complained to lawmakers Thursday of unfair forced arbitration clauses the platform uses to prevent potentially damaging outcomes in court.Jacob Weiss, founder and president of home goods retailer OJ Commerce, told the House Judiciary subcommittee on antitrust that he, like many other e-commerce business owners, relies on Amazon to survive. Because of Amazon’s huge presence in the online shopping market, small sellers have frequently said they feel dependent on the platform to drive sales. Weiss said that gave him “no choice” but to sign Amazon’s contract allowing him to sell on its platform, which included a forced arbitration clause that also prevented him from bringing class-action cases against the company.”Amazon’s forced arbitration clauses have made it impossible to get a fair shake,” Weiss told the subcommittee. “The system is rigged against small- to mid-sized online business owners.”Weiss is just one of the more than 2.5 million third-party sellers who make up Amazon’s sprawling marketplace. The marketplace now accounts for more than half of the company’s e-commerce sales and has helped Amazon bring in record revenue. It has also been a focus of antitrust investigators in the U.S. and abroad, who believe Amazon uses its market power to squeeze the merchants that sell on its platform.In order to begin selling products on Amazon’s marketplace, small- and medium-sized businesses are required to sign and agree to the company’s business solutions agreement, which includes a number of stipulations related to doing business on the platform. A section of the contract requires sellers to agree to resolve any disputes with Amazon through “binding arbitration … rather than in court.” The contract also requires sellers to conduct arbitration proceedings “only on an individual basis and not in a class, consolidated or representative action.” By barring sellers from teaming up on bringing a complaint, “businesses can’t share the cost of arbitrating against Amazon,” Weiss said during the hearing, adding that the costs associated with “arbitration, legal and expert fees” can rise to the tens of thousands of dollars. In one case, Weiss said, he spent upwards of $50,000 on arbitration fees, not including attorney costs. Weiss said he prevailed on some claims but still “recovered very little” of what he lost.Weiss said that beyond limiting sellers’ options to seek redress, forced arbitration makes it prohibitively expensive and difficult for them to get a favorable outcome. He argued arbitrators are financially incentivized to favor Amazon in order to retain their business and the limited scope of discovery means sellers are “left in the dark, but Amazon has all the information.””Amazon has mastered the art of driving up the cost of arbitration,” Weiss said, adding that the prohibition of class action alone “has insulated Amazon.”House Democrats on the antitrust subcommittee identified forced arbitration clauses as one aspect harming competition in digital markets in a report last fall. They recommended eliminating forced arbitration clauses so that private enforcement of antitrust laws could be strengthened. But getting Republicans on board with that idea will likely prove to be tricky. Rep. Ken Buck, R-Colo., now the ranking member of the subcommittee, said in his own report last year that eliminating forced arbitration clauses would be among his “non-starters.” The idea is “rife with unintended consequences,” Buck said in the report, though he added that “there is room for Congress to reevaluate some portions of arbitration clause policy.”An Amazon spokesperson pointed CNBC to the responses Amazon supplied to the antitrust subcommittee as part of its investigation into Big Tech last year, but declined to comment further on Thursday’s hearing.In responses to the subcommittee about its arbitration process, Amazon said that the “vast majority” of seller complaints and disputes are “resolved amicably and informally” via internal teams, with 163 sellers initiating arbitration proceedings between 2014 and July 2019. Amazon attempts to “negotiate a mutually agreeable resolution” during arbitration proceedings, the company added.The antitrust subcommittee investigated Amazon along with Apple, Facebook and Google for more than a year, finding that each holds monopoly power and recommending several updates to existing antitrust laws and their enforcement. While Republicans on the subcommittee disagreed with the scope of the Democrats’ recommendations, many agreed with the thrust of the arguments about the concentration of power. All four companies denied the allegations in the congressional report.Facebook and Google now face lawsuits from state and federal lawmakers accusing them of unlawfully maintaining their monopolies. So far, Apple and Amazon have not seen antitrust charges from the government, but several outlets have reported that federal enforcers divided oversight of investigations into the companies in 2019.Subscribe to CNBC on YouTube.WATCH: Andy Jassy set to inherit Amazon’s antitrust scrutiny, regulatory risk