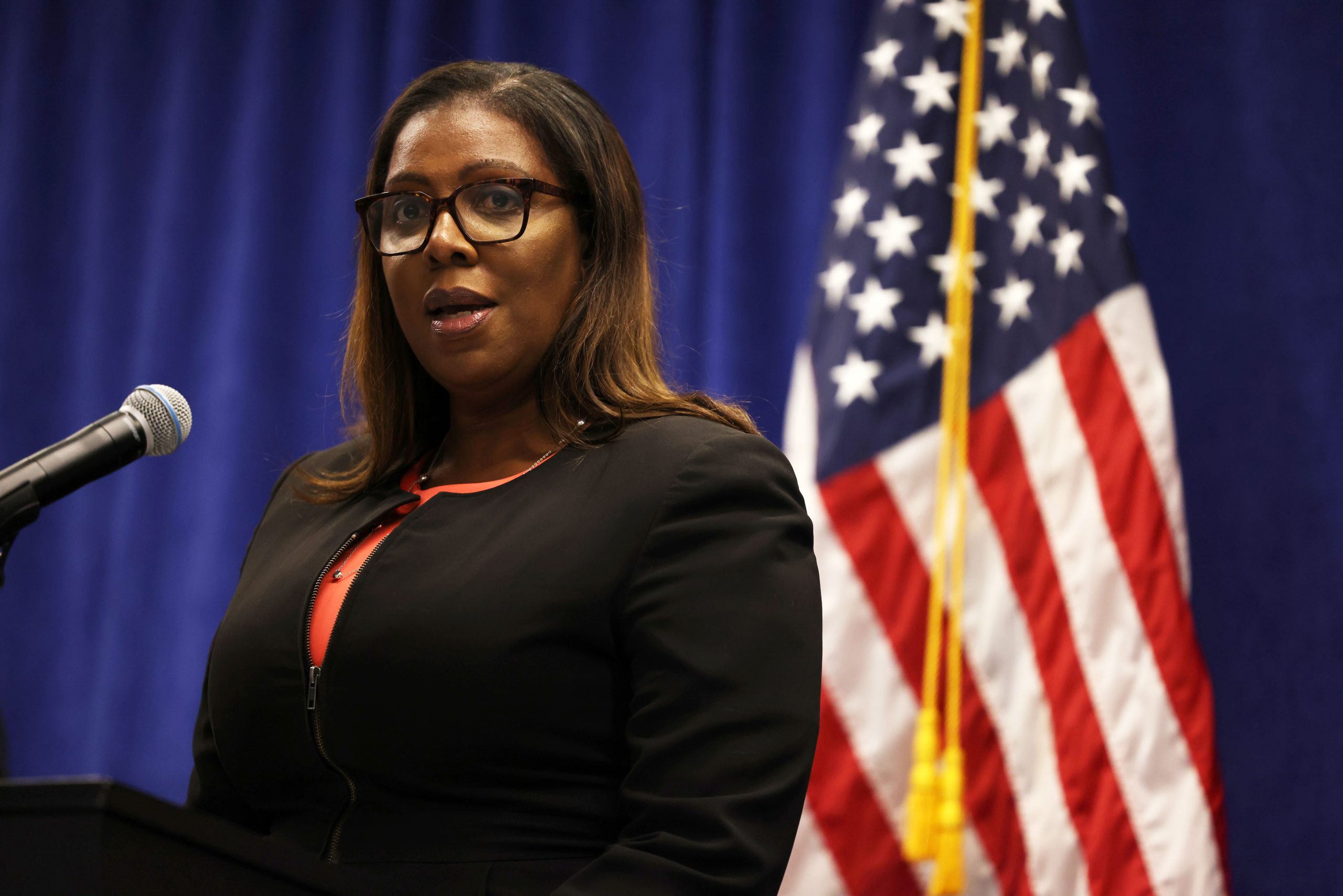 New York State Attorney General Letitia James speaks during a press conference announcing a lawsuit to dissolve the NRA on August 06, 2020 in New York City.Michael M. Santiago | Getty ImagesAmazon on Friday sued New York Attorney General Letitia James to block her from regulating its workplace safety response to the Covid pandemic, which Amazon says is an area already governed by federal law.The filing is an unusual move that shows Amazon is willing to go up against regulators as it faces legal challenges.Amazon’s lawsuit seeks to preempt what is says is a threat by James to sue the company “if it does not immediately agree to a list of demands, many of which have no connection to health and safety and have no factual or legal basis.”Amazon workers demanded more action from the company early in the pandemic to protect them from the virus. In March, a group of Staten Island warehouse workers led by Chris Smalls protested Amazon’s unwillingness to close the facility for cleaning after a worker at the site tested positive. An Amazon spokesperson said at the time that it was unnecessary to close the site for cleaning but that it was following guidelines from health authorities and asked those who had been in close contact with the affected worker to stay home with pay for two weeks.Amazon fired Smalls last year following the strike, though the company said he was fired for breaching Covid safety protocols. Amazon said Smalls violated social-distancing guidelines and failed to self-isolate after coming into close contact with another worker who tested positive for the virus.James previously has said that Smalls’ termination was “disgraceful.” She later said in a letter to the company that its health measures responding to Covid-19 “are so inadequate that they may violate several provisions of the Occupational Safety and Health Act,” according to a copy obtained by Reuters.Sources since have told CNBC that James’ investigators have interviewed Amazon workers from facilities around the state, with a focus on claims of employee retaliation.The company asked a Brooklyn federal court judge Friday to grant an injunction asserting that James lacks the legal authority to regulate both workplace safety issues and claims of retaliation against Amazon employees who have protested working conditions during the coronavirus pandemic.James quickly accused Amazon’s suit of being “nothing more than a sad attempt to distract from the facts and shirk accountability for its failures to protect hardworking employees from a deadly virus.””Let me be clear: We will not be intimidated by anyone, especially corporate bullies that put profits over the health and safety of working people,” James said in a statement.”We remain undeterred in our efforts to protect workers from exploitation and will continue to review all of our legal options.”Amazon, in its suit, claimed the company has gone above and beyond recommended procedures for limiting the risk of Covid-19 spread in its New York order fulfillment centers.The company also said that James’ demand for reinstatement of Smalls, the former warehouse worker who led the strike, is unreasonable.The company has reportedly been facing an investigation by federal authorities as well, probing its competitive practices.Subscribe to CNBC on YouTube.WATCH: Andy Jassy set to inherit Amazon’s antitrust scrutiny, regulatory risk