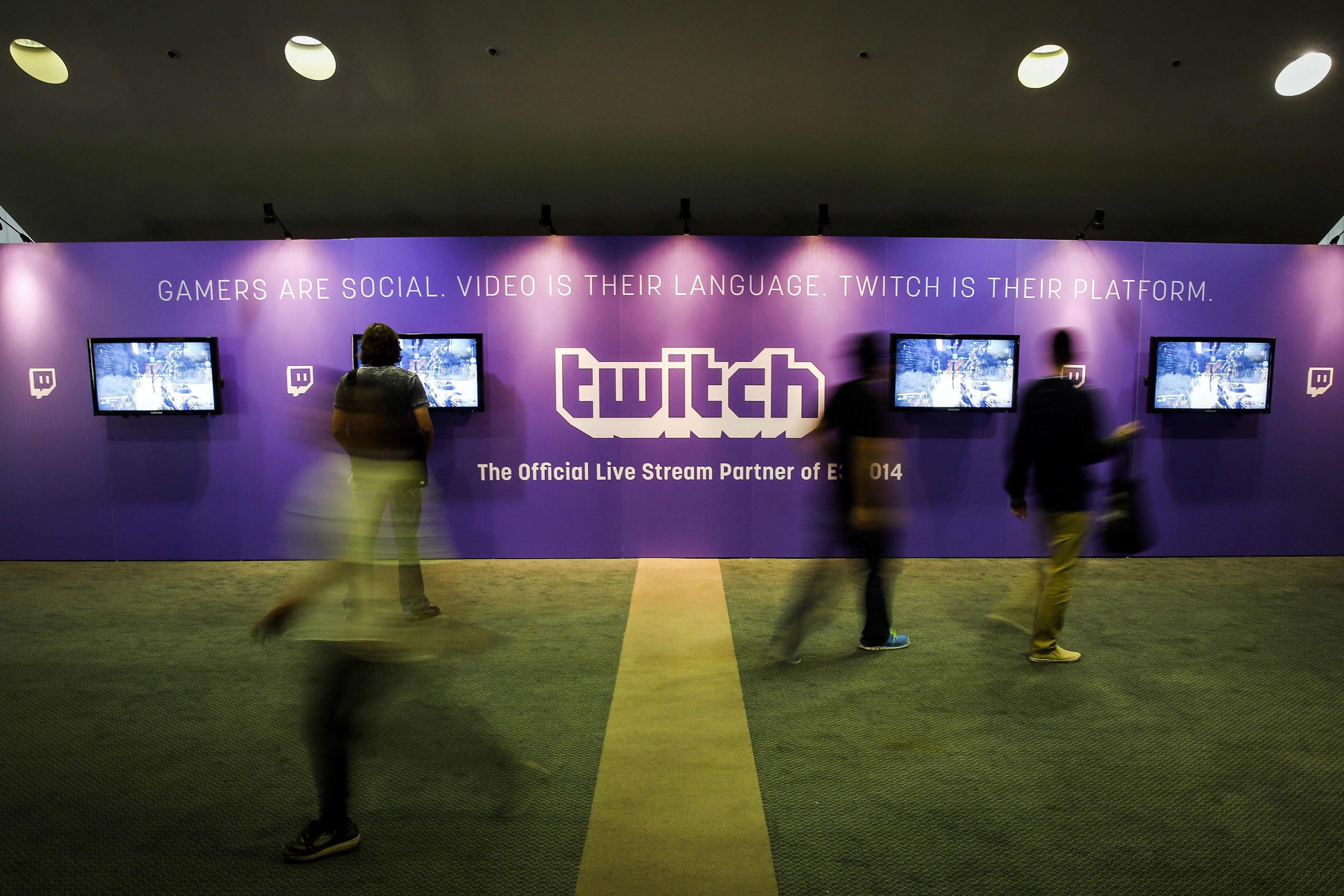 Attendees walk past televisions showing live streams of Twitch Interactive’s video service during the E3 Electronic Entertainment Expo in Los Angeles.Patrick T. Fallon | Bloomberg | Getty ImagesTwitch, the Amazon-owned video streaming platform primarily used by gamers to livestream their games, announced a new policy Wednesday empowering the company to take action against users who display certain harmful behaviors entirely offline.The policy represents a unique approach among social media peers at a time when the industry has been under escalating pressure to institute strong and consistent content-moderation policies. As lawmakers on both sides of the aisle have threatened to strip online platforms of their liability protections under Section 230 of the Communications Decency Act, many platforms have taken steps to place stronger guardrails on what users can post.Under the new policy, Twitch can suspend users for up to an indefinite period of time after a third-party investigator determines there is strong evidence the person has engaged in certain offline behaviors. These actions include engaging in deadly violence, terrorist activities, grooming children for sexual exploitation, committing sexual assault or even “acting as an accomplice to non-consensual sexual activities.” It will also continue to consider offline harassment in cases where a user alleges abuse online.Twitch said it will work with “an experienced investigations law firm” to determine the validity of claims, which will rely at times on accessing evidence from law enforcement. The company said it would not take action on a user’s account until it concludes its investigation and confirms evidence of wrongdoing.The harmful offline behaviors do not need to involve another Twitch user to be considered a violation, a spokesperson confirmed. That’s based on the notion that people who engage in these types of behaviors are more likely to create safety risks for the Twitch community, the spokesperson added.Other social media platforms also take into account real-world harm propagated by users on their platforms, but Twitch’s new policy is unique for its explicitness in tackling completely offline behavior and for some of the types of offline behavior it prohibits. For example, Facebook’s community standards prevent mass murderers and members of terrorist, hate, criminal or human trafficking organizations from having any sort of presence on its platforms. Twitch’s policy encompasses other offline behavior that might not be part of an organized criminal group, such as committing sexual assault.Social media platforms tend to base the majority of their enforcement actions off harm stemming from content that’s actually posted on their services. While they may take real-world events into account when evaluating the harm, they typically will point to posts on their own platforms as the tipping point for action.Even when Facebook and Twitter each decided to ban former President Donald Trump from their services following the insurrection at the U.S. Capitol on Jan. 6, their reasoning was fundamentally rooted in the ways they said he used or could potentially use their platforms to incite further violence.Twitch’s new approach comes in the wake of a broader discussion about how certain real-world events should be handled by the tech platforms. Last month, a Business Insider investigation highlighted a woman’s accusation against Dominykas Zeglaitis, a member of the so-called Vlog Squad, which is led by popular vlogger David Dobrik. The unnamed woman said Zeglaitis sexually assaulted her on a night she and her friends appeared in one of the group’s videos, when she said she was too intoxicated to provide consent. Zeglaitis declined to comment on the allegations to Insider.Google-owned YouTube said following the report it would temporarily prevent Dobrik from monetizing his account through ads. YouTube’s policies for creators say that off-platform behavior including violence or cruelty could result in penalties, such as losing out on promotional opportunities or on having their videos surfaced in recommendations for users.Though Twitch will initially tackle a handful of listed serious offenses, the platform said it aims for the guidelines to be iterative. Since offline harm can be difficult to verify, the company first prioritized categories it felt would be most harmful to its community.Users who wish to confidentially report offline harm that falls under the categories prohibited by Twitch can email OSIT@twitch.tv.Subscribe to CNBC on YouTube.WATCH: The big, messy business of content moderation on Facebook, Twitter, YouTube

Not too early or too late: Regulating Big Tech requires a delicate balance, says Indian CEO
YouTube is social media’s big winner during the pandemic
To Top
error: Content is protected !!
Top