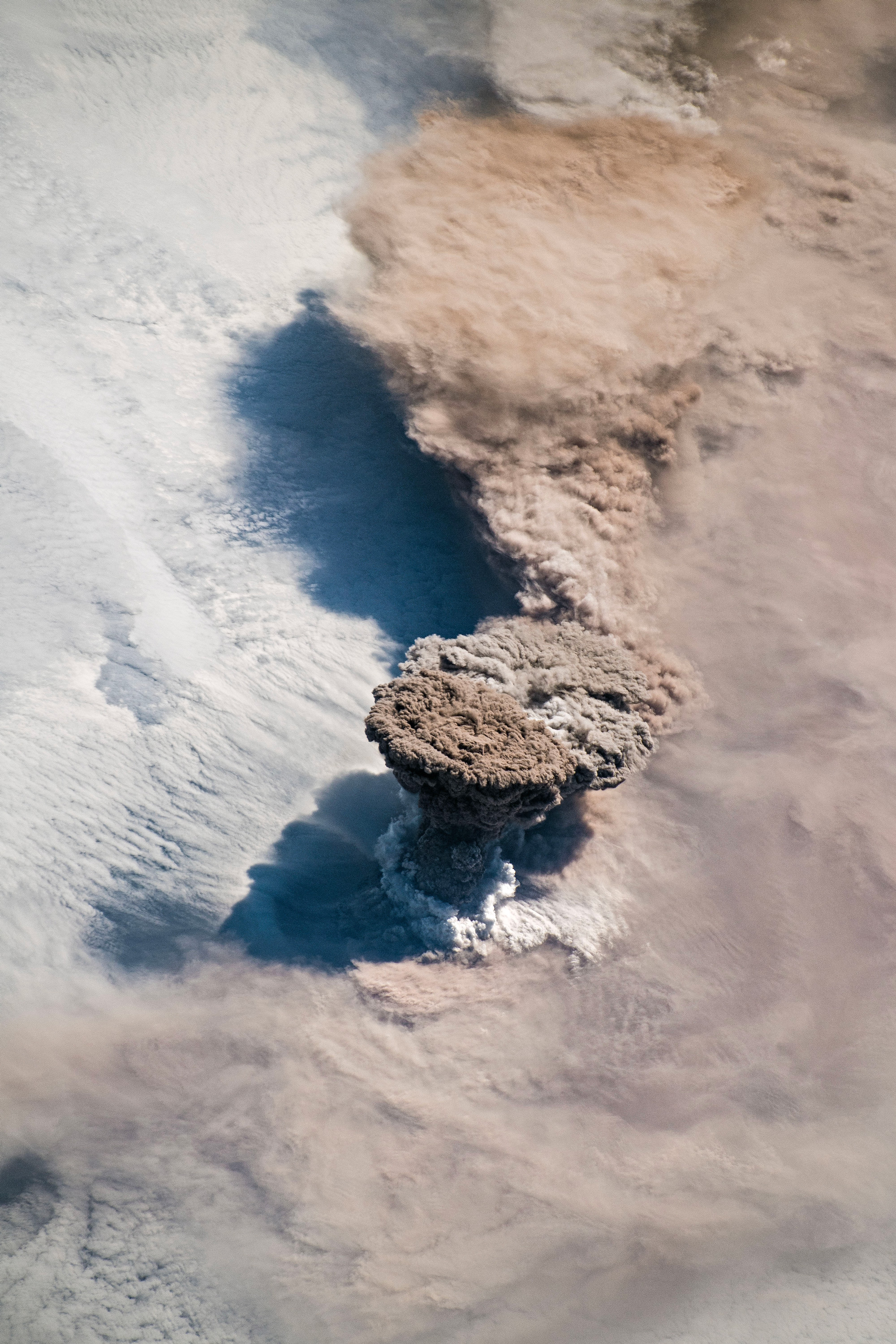 This past weekend, a volcanic eruption on Russia’s Kuril Islands was so massive it was quite literally visible from space. An astronaut on the International Space Station’s (ISS) Expedition 59 crew documented the plume from Raikoke Volcano, which reached eight miles into the sky. The ISS orbits 250 miles above earth. NASA explained:

On the morning of June 22, astronauts shot a photograph of the volcanic plume rising in a narrow column and then spreading out in a part of the plume known as the umbrella region. That is the area where the density of the plume and the surrounding air equalize and the plume stops rising. The ring of clouds at the base of the column appears to be water vapor.

Because of the reach of its plume, the ash and gas pose a flight risk to airplanes. Volcanic Ash Advisory Centers in Tokyo and Anchorage have been monitoring its movements. Raikoke rarely erupts; its last explosion was in 1924, and before that, 1778. You can explore more scientific documentation of the blast on NASA’s Earth Observatory blog. (via PetaPixel) 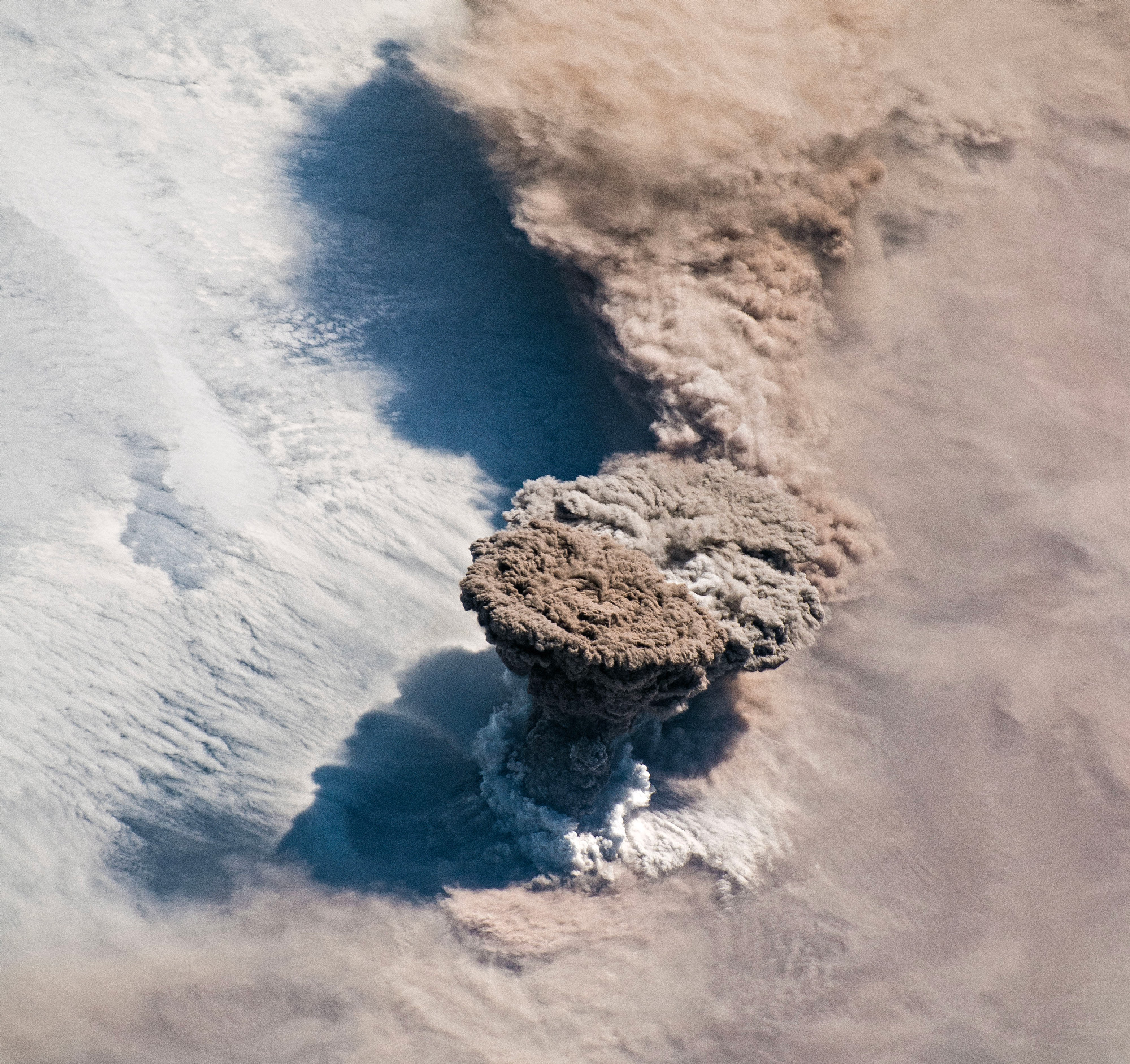 Drawings by WanJin Gim Capture the Nuanced Energy of Seemingly Simple Gestures
A Massive Wooden Wave Surges From a Gallery Floor in an Installation by Wade Kavanaugh and Stephen B. Nguyen
To Top
error: Content is protected !!
Top