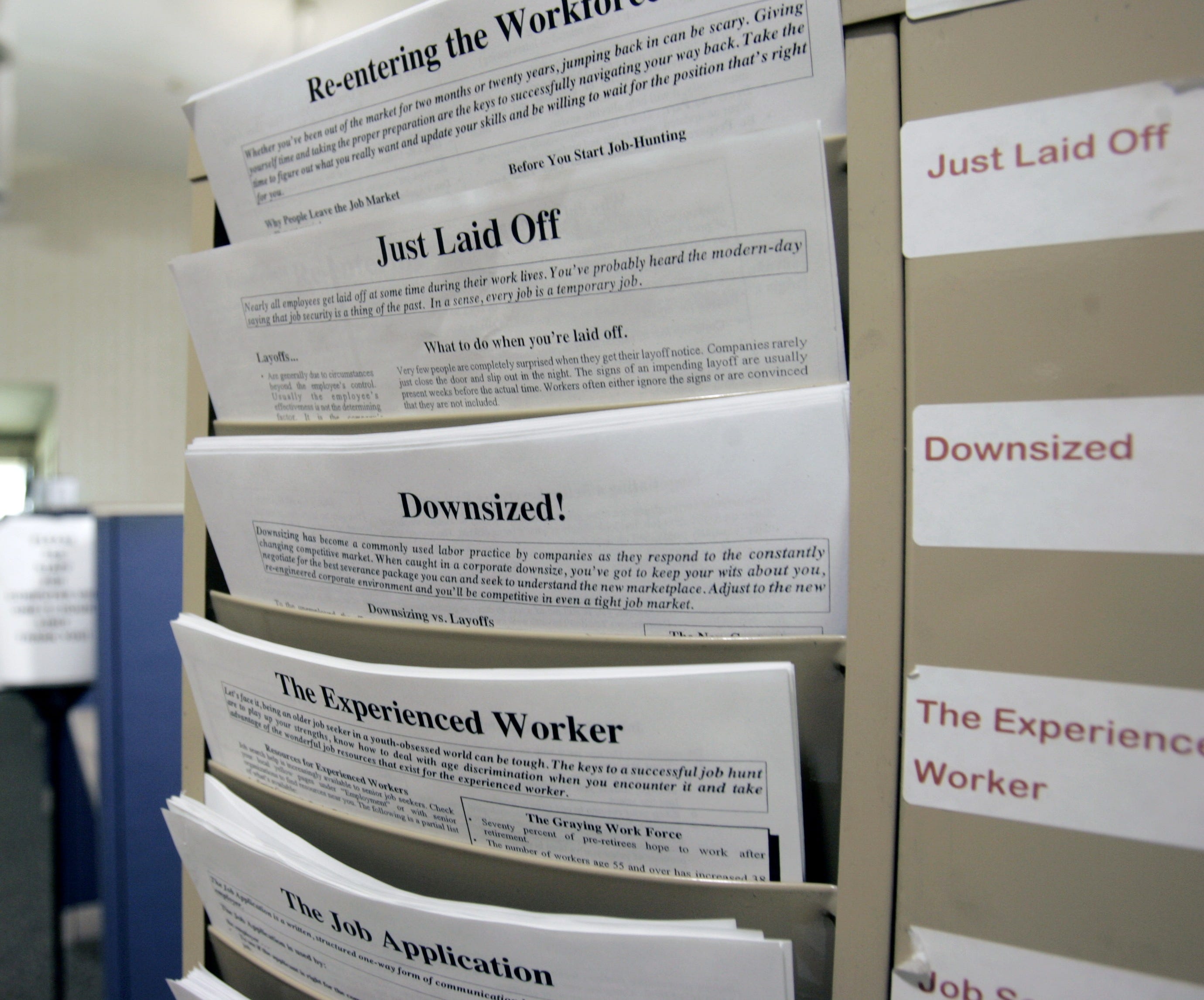 Paul Davidson
USA TODAYPublished 2:43 PM EDT Jun 17, 2020Despite encouraging signs that the economy is emerging from the deepest recession in U.S. history, massive COVID-19-related layoffs have continued.The Labor Department on Thursday is expected to report that another 1.3 million Americans filed initial jobless claims – a rough measure of layoffs — last week, according to the median estimate of economists surveyed by Bloomberg. As states increasingly reopen their economies, analysts will also be closely watching continuing claims, which largely reflect all those still unemployed and account for people who have returned to work.The projected rise in initial claims would push the total filed over the past 13 weeks to a mind-boggling 45.5 million. But it also would mark the 11th straight weekly decline since first-time claims peaked at 6.9 million at the end of March. Layoffs have spread from the travel, restaurant and retail industries that have been hit hardest to sectors such as manufacturing and professional services.The weekly tallies remain far higher than the previous record of 695,000 initial unemployment claims during a deep recession in October 1982.Continuing claims, which represent all Americans still receiving benefits with a one-week lag, are projected to fall to 19.7 million from 20.9 million the prior week. The figure has been volatile in part because the unemployed are required to file claims in California and Florida every two weeks, but it generally has trended down recently. An outsize drop in continuing claims Thursday could fuel hopes for further strong job gains in June.The economy unexpectedly added 2.5 million jobs in May after shedding 22 million the prior two months, indicating the recovery from the coronavirus -induced pandemic began a month earlier than anticipated as states started allowing many businesses shuttered by the crisis to reopen.Riots compound pain for some merchants: Broken glass, broken dreams: Small businesses ravaged by protests and COVID-19 contemplate an uncertain futureAnd the Commerce Department on Tuesday reported a record 17.7% surge in retail sales in May following the highest-ever drop the previous month.But damage from the pandemic is likely to linger. Top economists predict only about half the lost jobs will be recovered during the second half of 2020, with unemployment remaining elevated at about 10% by year’s end. And retail sales remain well below pre-pandemic levels.Beef recall: Ground beef sold at Walmart, other stores recalled for possible E. coli contamination

What does it mean for LGBT rights and where?
The last ‘face’ of Aunt Jemima brand
To Top
error: Content is protected !!
Top