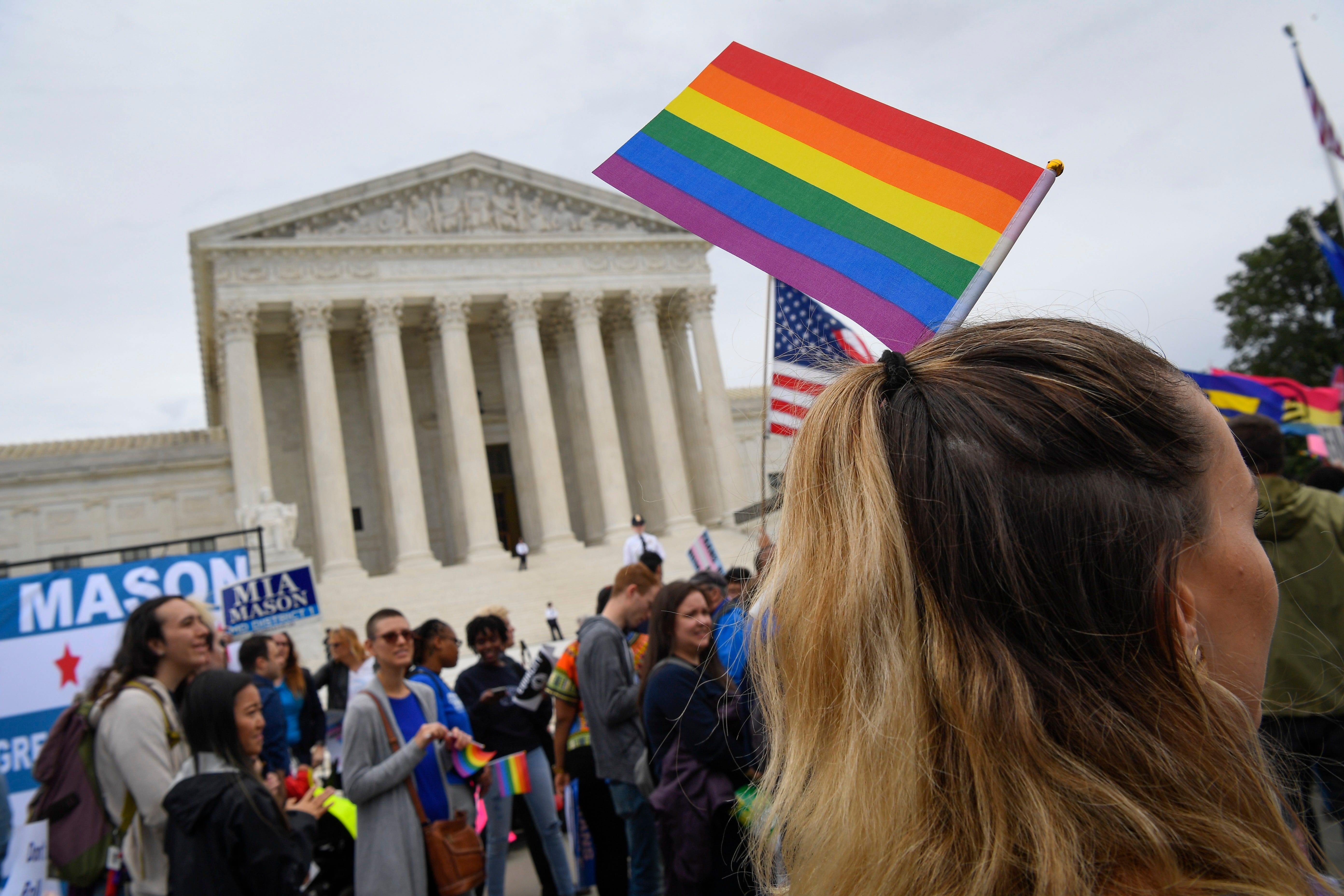 Brent Schrotenboer
USA TODAYPublished 9:06 AM EDT Jun 16, 2020The U.S. Supreme Court delivered a bombshell ruling Monday that effectively makes it illegal for businesses across the nation to fire employees based on their sexual orientation or gender identity.In the 6-3 decision, Justice Neil Gorsuch wrote that the Civil Rights Act of 1964 protects gay or transgender employees from employment discrimination, giving the LGBTQ rights movement another big victory from the nation’s highest court.What will change from this ruling, and does it cover employees at small businesses in all states?USA TODAY consulted with experts in this area of the law to find out:Supreme Court: What protections existed before the ruling?It depended where someone lived. A patchwork of state laws determined how much protection employees had from discrimination.In 27 states, there are no explicit statewide laws protecting people from discrimination on the basis of sexual orientation or gender identity in employment, housing and public accommodations, according to Freedom For All Americans, a bipartisan campaign to protect LGBTQ people from discrimination.An employee in one of these states conceivably could be fired for being gay or transgender – and would have no guaranteed rights against it.In 21 other states, plus the District of Columbia, employees had full protection from discrimination on the basis of sexual orientation and gender identity in employment, housing and public accommodation.Black Wall Street: Trump’s plan for rally in Tulsa calls attention to 1921 race massacrePickup sales stay strong: The coronavirus pandemic can’t stop Americans from buying pickupsThe ruling “is a really big deal because before this, there certainly were employers who believed that they could just end the employment of somebody for being gay or transgender,” said Jennifer Levi, director of the Transgender Rights Project at the Gay & Lesbian Advocates & Defenders (GLAD). “So this is really an important clarification of the scope of federal law.”Which states do and don’t have protections that would cover LGBTQ discriminatory firings?The differences largely fall along the political divide between blue and red states. Those states that didn’t provide statutory protection included Texas and many states in the South and Midwest.States on the West Coast and Northeast, including California and New York, already had state laws providing such protection.Two states don’t fit neatly into either category, according to Freedom For All Americans: Wisconsin and Utah.In Wisconsin, state law protects people from discrimination on the basis of sexual orientation in employment, housing and public accommodations. But it lacks explicit protections from discrimination on the basis of gender identity.In Utah, the law protects people from discrimination on the basis of sexual orientation and gender identity in employment and housing, but there are no public accommodations statues.How does Supreme Court ruling change that?Employees in states that didn’t provide statutory protection for this kind of discrimination are protected by federal law and have legal recourse if they are fired for this reason.This ruling will affect nearly 4 million people in these states, according to the Williams Institute at the UCLA School of Law, a research center on sexual orientation and gender identity law and public policy. There are 8.1 million LGBTQ workers ages 16 and older in the USA, according to the institute. About 3.9 million of those work in those 27 states.Those in states in which laws already protected them from such discrimination have additional recourse available through the federal courts.What’s an illegal firing and what is not?Let’s say you’re a model male employee who is getting the job done, and your supervisor finds out you have a boyfriend. You can’t be fired for that reason alone anymore in any state because you are protected by the Civil Rights Act.A similar protection would apply for one of the plaintiffs in this court case, Aimee Stephens, who was a funeral director working near Detroit when she was fired in 2013 after announcing she would begin living as a woman. She died in May at 59 but helped make such a firing decision illegal with Monday’s case.“Today’s decisions make clear that if an employee’s sexual orientation or gender identity was the reason – or one reason – for the termination, then the firing was illegal,” said Christy Mallory, a researcher at the Williams Institute. “This is true even if the employer also had other reasons for firing the employee.”What about businesses with fewer than 15 employees?The answer is less clear for small businesses in states that have no state law protections against this kind of discrimination. Title VII of the Civil Rights Act prohibits employment discrimination only by employers with 15 or more employees, said Angela Dallara of Freedom For All Americans.“That is one reason why state nondiscrimination laws are important, as many state nondiscrimination laws cover smaller employers as well,” Dallara said in an e-mail. “So, a business with fewer than 15 employees in a state such as Texas is still able to fire somebody on the basis of sexual orientation or gender identity, unless there is a city or county ordinance prohibiting such discrimination.”What should workers do to protect themselves?If you’re fired on the basis of sexual orientation or gender identity, probably the first call you should make is the state agency that is responsible for such complaints. The U.S. Equal Employment Opportunity Commission also can help.“Employees across the country can file discrimination claims with the U.S. Equal Employment Opportunity Commission and bring suit in federal court if they experience discrimination based on their sexual orientation or gender identity,” Mallory said. “While employees have had these avenues available for some time, the court’s decision makes clear today that the commission must accept and enforce these complaints and that courts across the country must approach these cases uniformly to find protection for LGBT employees.”

Lagarde’s future ECB colleagues aren’t all convinced on her

5 tips for Eskom to fix its debt problem, from Greenpeace