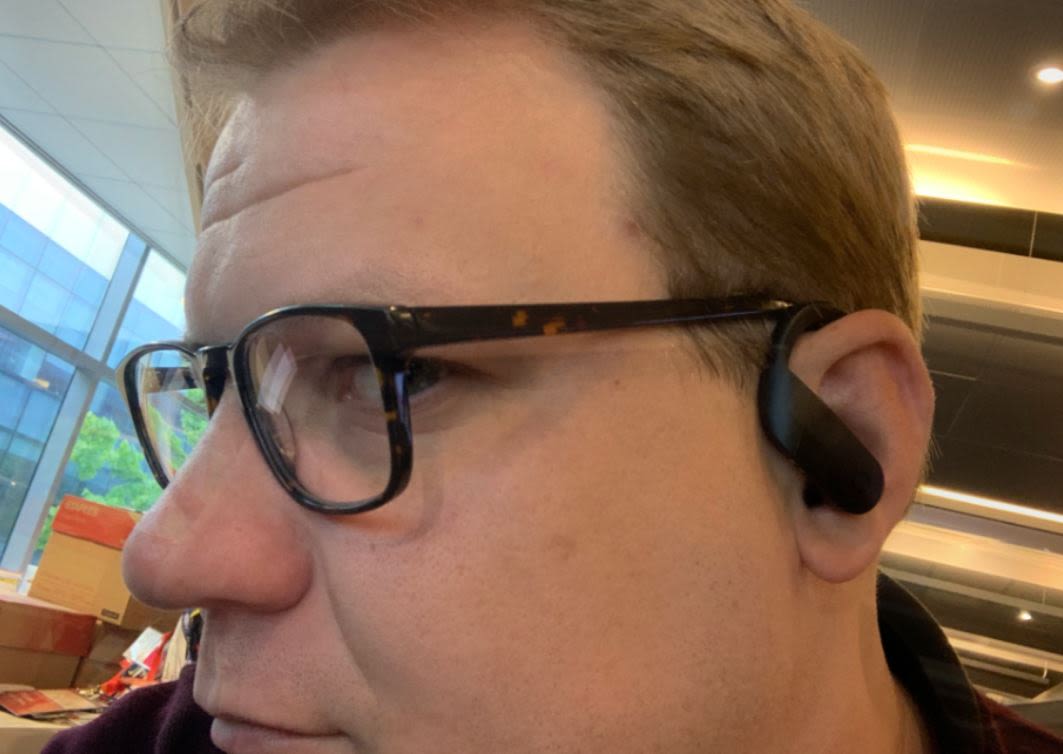 I think the Powerbeats Pro look less silly than AirPods. You may disagree.

I love my AirPods. I even bought the latest model that added a few new features and wireless charging.

But it still drives me nuts that they look like silly little earrings. That’s why I was excited when Apple’s Beats brand recently announced the Powerbeats Pro, a set of headphones with many of the features of AirPods but with a sportier design.

The $250 Powerbeats Pro are great, and you should buy them if you think AirPods look silly or if you’ve found they just don’t fit your ears properly. Plus, these are better for exercise thanks to features like sweat-resistance. Here’s what you need to know about them.

The Powerbeats Pro look like sporty headphones that you might normally see in a gym, with ear hooks that hang over your ears to help them stay on better. Some people disagree, but I think they look less goofy than AirPods, especially in the more discrete black color.

They also have rubber buds that feel more comfortable than AirPods over time. And they will fit more ears than AirPods, which come in only one size. I like how the rubber seemed to help block out background noise, too, and combined with the hooks, made the earbuds feel really sturdy in my ears. I don’t worry often about AirPods falling out, but these really feel more secure and ready for jogging on a treadmill.

The sound quality is also better than AirPods. Beats is known for producing extra bass, and that’s true here. Music just seems to sound more full than with AirPods. I’ve never complained about the audio quality of AirPods, though, so it’s not like those are bad. Powerbeats Pro just sound a little better.

They also feature a lot of the new functions that were introduced with Apple’s second-generation AirPods. That includes a new H1 chip that pairs almost instantly with an iPhone or iPad. Just open the case, look at your iPhone, tap “pair” and you’re all set. Plus, it takes just a couple seconds to switch between an iPad or iPhone. I just opened the Bluetooth menu, selected the Powerbeats Pro, and the music transfers.

Battery life is great. They lasted from about 10 a.m. until 5 p.m., though I took them off for lunch and to speak with colleagues from time to time and still had 40 percent left on the charge, which is better than the nine hours of listening Apple promises.

Call quality was also good. My wife said I sounded like I was on a headset, and that the call was still really clear. I was also able to walk pretty far from my phone, about 100 feet down a hallway, before the call started to cut in and out.

The Powerbeats Pro headphones charging in their case.

Finally, I liked that I could say “Hey Siri,” and ask Apple’s voice assistant the weather or to play music. The headphones seemed to understand me well, but there’s also a dedicated button on each earbud that you can hold and press to access Siri. You can also tap either button to play and pause music. I found this more convenient than tapping the sides of AirPods, which have the same function but don’t have buttons.

My biggest problem with the Powerbeats Pro is that the charging case is huge compared with the one you get for AirPods. You could jam it into your pocket, sure, but it would look awfully silly. It’s best for keeping in purses and backpacks. That’s not as convenient as AirPods, which I always have in my pocket. They’re so discrete I often forget I even have my AirPods with me.

The Powerbeats Pro case is much larger than the AirPods case.

Also, it’s kind of silly, but I always felt like I was playing with a puzzle trying to get the headphones back into the case. They snap in with magnets when you align them right, but you have to remember which way they face. It’s easier to pop AirPods back in.

Should you buy them?

Most people should just buy AirPods.

They’re far cheaper, especially if you don’t buy the wireless charging case, and are way more portable. But if you’re one of the people who have found that AirPods don’t fit right, then the Powerbeats Pro are for you since they have three different size buds in the case.

Or, if you’re active and want the arms to help keep your earbuds in, then you’ll like the Powerbeats Pro and the added sweat resistance. And finally, if you just want better audio than what AirPods offer and you are willing to pay for it, then buy the Powerbeats Pro.